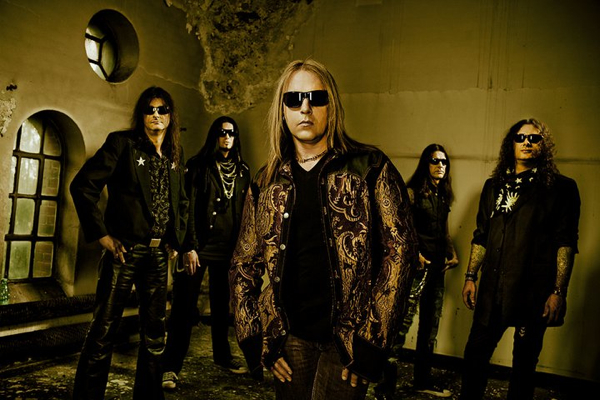 German power metal veterans Helloween have announced the title and release date of their next album. Below is the announcement they posted on their facebook page:

STRAIGHT OUT OF HELL” OUT JANUARY 18, 2013 and FIRST SHOWS CONFIRMED!!

What Charlie Bauerfeind has been producing at the MiSueno Studios throughout the last months is the consequent follow-up for “7 Sinners”. Matching the tour motto and even more so the hellish new songs the upcoming album is called “STRAIGHT OUT OF HELL”. It will be released worldwide January 18 and will turn winter 2013 into a pretty hot affair. At this time, Charlie and the boys are giving the finishing touches to the production. “STRAIGHT OUT OF HELL” will also be featuring a limited version with bonus tracks and special packaging…more infos to come!

The ‘remake’ of the “Hellish Rock Tour“ of 2007/2008 is taking shape. The bookers are working at full blast and can already announce the first dates of the upcoming world tour under the colors of “Hellish Rock Part II”. Check out under the tour-section on helloween.org.