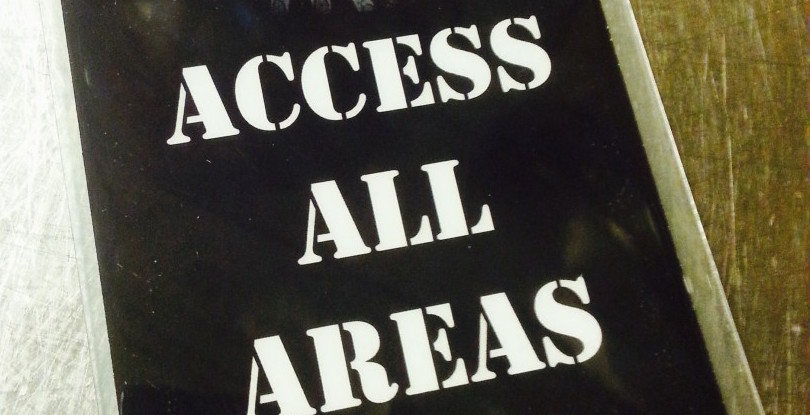 My 2016 was as much about touring the US as it was about anything else, and I ended up spending 170 out of the 366 days of the year on the road with the various bands I worked for. As followers of this site would know, I wrote blogs on most of these tours, but there were certain experiences and stories that I may or may not have talked about. It’s only fitting that one of my year-end lists this year should be based on my life on tour, so here is my recollection of six of the most unusual experiences I had on the road in 2016, in chronological order.

The Great Egyptian Nightmare: I was working for Warbringer and Exmortus on their tour with Enforcer and Cauldron, and about three weeks into the two-month run through January-February, we arrived in Minneapolis, Minnesota for a gig at the Triple Rock Social Club, except instead of it being a Warbringer-Enforcer co-headline show as it was supposed to be, it was combined with Nile’s show, who were crossing paths with us and ended up in Minneapolis on the same day. Of course, Nile was given the headliner spot. For starters, it was weird enough to put an old-school speed/thrash metal lineup and an out-and-out death metal band together, but the manner in which this event transpired was even worse. Nile took up the entire stage with their backline, took several hours to do their soundcheck, and left our bands having to play on the floor and scramble to soundcheck and set up. The poor unsuspecting local opener, who had actually driven from out of town and worked hard to promote this show, were removed from the event due to lack of time, thanks to Nile. Besides, the show was oversold, the place was too small for the combined lineup, and the merch area was a total nightmare from my perspective. But all’s well that ends well, as even though they were the ones playing on the floor, Warbringer, Enforcer, Exmortus and Cauldron completely blew Nile off the stage. 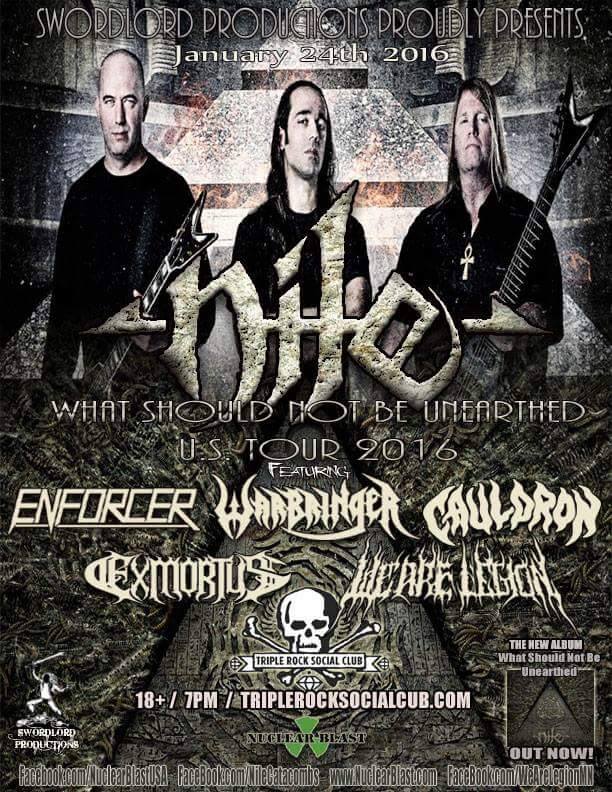 In Ruins: Come mid-February, we were still on the same tour, and after the show in Dallas, Texas, we made the long drive to arrive in New Orleans, Louisiana the morning after, only to find out that Cauldron got in a horrendous accident at some point on the way overnight, wherein their van was flipped over and guitarist Ian Chains suffered serious injuries. We weren’t there to see it firsthand but from what we were told, it was because of debris on the road, there was tire damage involved, and the van was top-heavy, so it lost its balance easily. It looked terrifying from the picture they posted on social media at the time (as below), but thankfully, all three members of Cauldron and their tour manager got out alive, as it could have been so much worse. Most if not all of us were depressed and scared, not only because of what our tour mates went through, but also because we came to the realization that it could have happened to any of us. Life can turn around in an instant, and tour life teaches that to you as much as anything else would. But once again, all was well in the end. Two of the Cauldron guys came up to the Louisville KY show to see us a few days later, in what was a happy reunion for the tour, and months later, Ian recovered from the injuries. 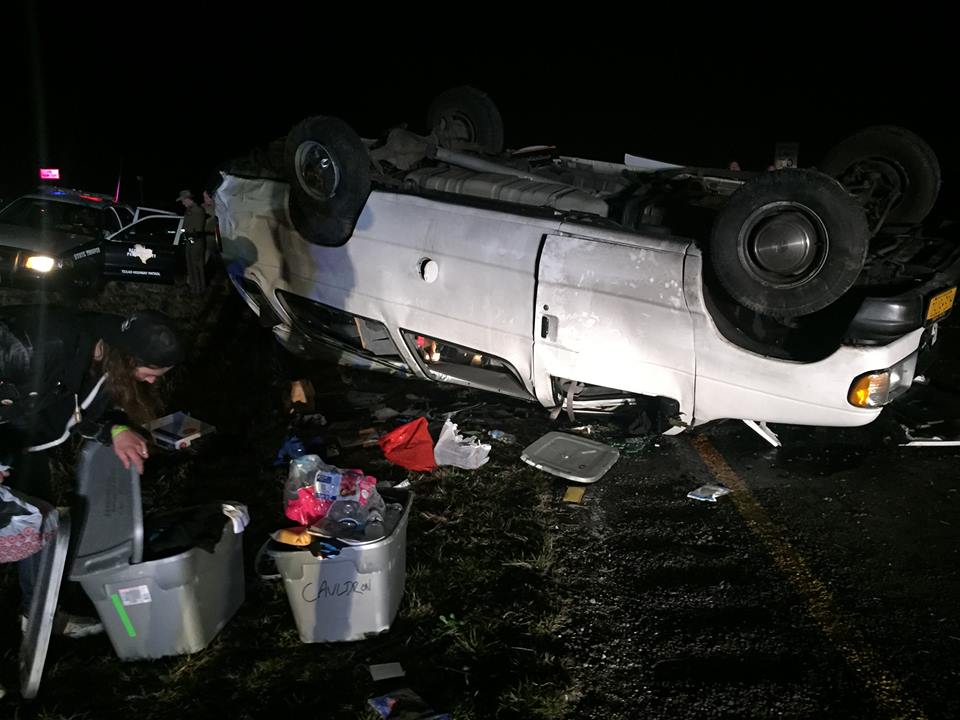 Murphy’s Law: Towards the very end of the aforementioned tour, after saying goodbye to Enforcer, Warbringer and Exmortus had some shows together on the way back to Los Angeles. The Warbringer van, which was also pulling the trailer with both bands’ gear and merch, broke down somewhere in rural North Carolina, near the NC-Tennessee border. The Exmortus van was still functional, so guess what, we attached the trailer onto theirs and both bands piled in that van, while the Warbringer driver was left behind with the broken-down van to get it fixed. We made the show in Johnson City TN that night, but then had a 10-hour drive to the next show in Memphis, which took nearly 12 hours due to the extra load on the engine. One block away from our destination (a bar called Murphy’s) the van was heading downhill, nearing a red light, the whole steering and brake system locked up, and we crashed bang into an SUV stopped at the light. Imagine that moment when we all knew we were going to crash and could do nothing about it. It was the absolute worst. How many were in that car? How badly were they hurt? What was the damage on our van? How much would it cost? Is there any weed in our van that we can get busted for? These were only a few of the questions on our minds, but as it turns out, the dude in that car had no license, registration, insurance or any kind of paperwork, and was probably driving a stolen vehicle. So, the cops didn’t give us any trouble and we got away with it, sustaining only minor damages on the front of our vehicle. And yes, we still made the show that night.