Heroes in Brazil and very much an international phenomenon in the realm of heavy metal, Sepultura celebrated their 30-year anniversary in 2015, but their ethos is far from that of a nostalgia act, and instead they focus on creating and performing competent new music. That said, the story of their formation, early years, success, inter-personal conflicts and perseverance is a long and unique one, and hadn’t quite been told, until now. The band is officially releasing a documentary film, rightly titled ‘Endurance’,  to tell this story through the vision of director Otavio Juliano. On May 21 2017, the film held its world premiere at the Regent in downtown Los Angeles, in the presence of the band and film crew, who also participated in a Q&A session following the screening. Fans, friends and media gathered for first viewing of what is not just the story of a heavy metal band, but beyond that, an inspiring film that carries the entire gamut of human emotion.

Filmed over a period of 7 years between 2010 and 2016, ‘Endurance’ is a brilliantly edited 90-minute presentation, trimmed down from nearly 800 hours of footage, and as the director later revealed in the Q&A, a lot of it was archival video dating as far back as the formative years of a very young Sepultura in the early ’80s, while some of it was what they filmed by following the band around on tour during the last 7 years. The film captures every essence and element of a metal documentary, from interviews with celebrities of the genre (including Lars Ulrich, Phil Campbell, Corey Taylor, David Ellefson, Scott Ian and Phil Anselmo, among others), to firsthand memories shared by many people associated with the band in one way or another at various points of their career, to live performance clips from different eras, including some from the special 30-year anniversary concert in Sao Paulo in 2015. The interviews conducted with Brazilians, band members included, are in their native language with English sub-titles, which certainly adds an undeniable sense of authenticity to the entire project, and lets these people express their thoughts to the fullest. Many rock/metal band documentaries and biopics fail to establish a connection between the band and the viewer, but Sepultura’s ‘Endurance’ certainly succeeds in doing so, and one got a feeling that the entire audience at the Regent was sharing the elation and grief of the band as the story progressed. 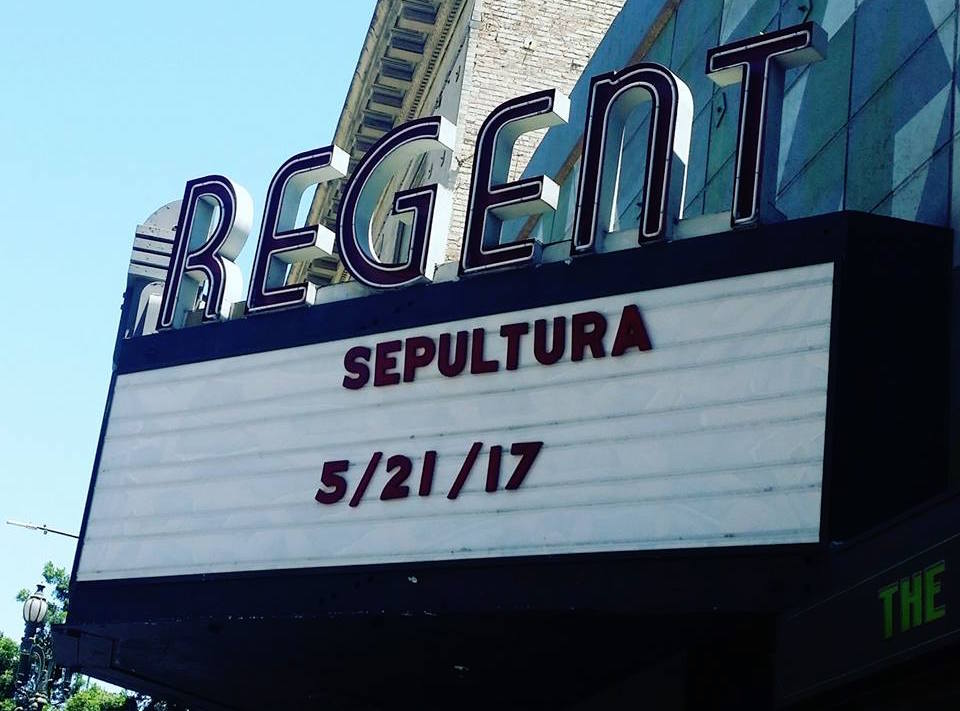 The biggest question in the minds of Sepultura fans always has been about how the band handled parting ways with Max Cavalera in ’96, what exactly happened, and how they managed to keep themselves going after losing their most popular member. This aspect is fully covered in this documentary and Sepultura’s side of the story is clearly told. But make no mistake, this film absolutely does not paint the Cavaleras in a bad light, and in fact it was more than a little surprising to see the band’s willingness to fully and positively address their past despite the bad blood. The film never avoids or shies away from talking about former members, and features interviews with all of them except the Cavaleras, only because they declined to be interviewed. It was also revealed in the Q&A that the brothers did not allow the band to use full songs from live performances. Knowing full well that playing Sepultura songs is a big selling point for all Soulfly and Cavalera Conspiracy shows, and that the brothers just finished a tour on which they fully milked the Sepultura nostalgia factor and played ‘Roots’ in its entirety, it’s disappointing to note that they don’t want to associate themselves with this documentary and instead only wanted to hinder it. The band and filmmakers have done a fantastic job to come up with a film that does the Sepultura story complete justice, in spite of these obstacles. 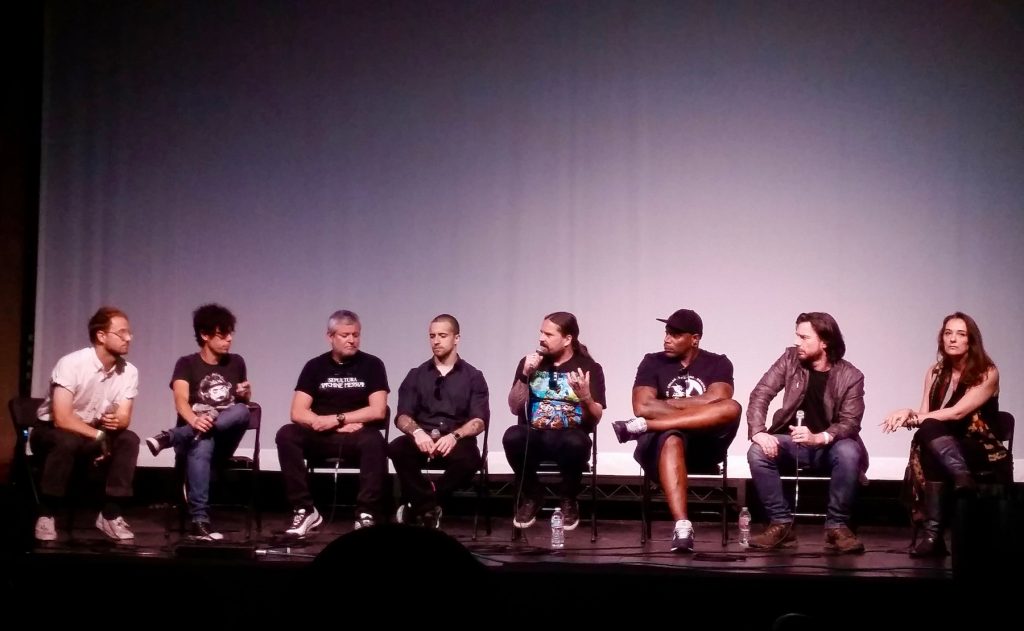 A full DVD/Blu-Ray release with additional bonus footage is planned for ‘Endurance’, sometime in the year 2017. After the screening, the band and film crew indulged in a Q&A, which largely brought out their humorous side, and almost the entire audience stayed for the entertaining hour-long session which provided great insight into the making of the film. The world premiere event for ‘Endurance’ was one nobody regretted attending, even in the early afternoon hours on a hot Sunday in downtown Los Angeles.

Sepultura is a band that does not get nearly enough credit for keeping themselves going strong against all odds, but may be the world can finally realize this for themselves upon watching ‘Endurance’, an admirably brave, honest and comprehensive yet concisely presented story of one of the most unique and influential heavy metal bands of all time.