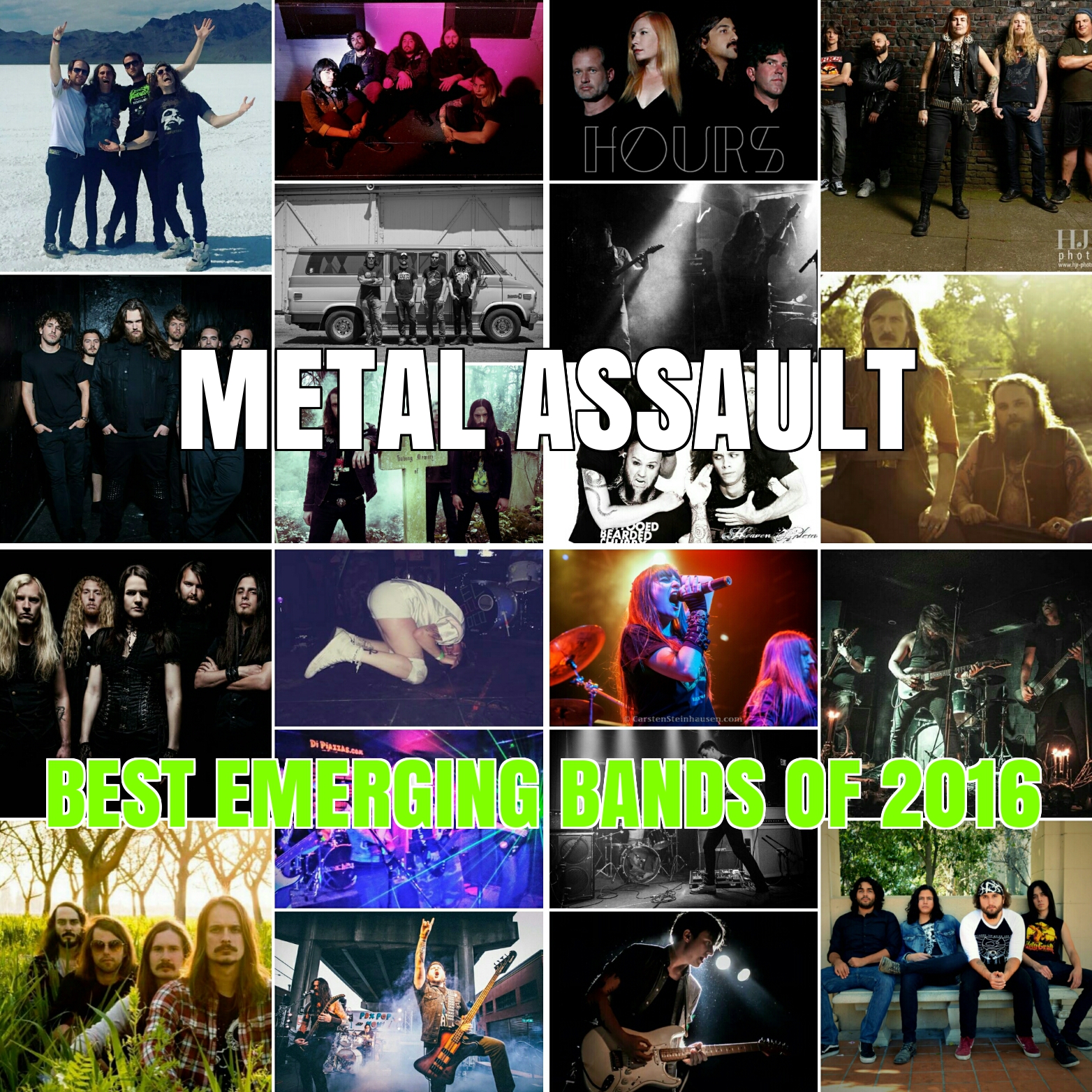 While we support and keep track of the older, more popular bands, discovering and unearthing new, hidden talent is our thing. The music listener stuck in decades past would tell you there are no good new bands, but I’m here to tell you otherwise. Here are my picks for the top 20 emerging artists of the year, i.e. bands that released a killer debut album/EP, did their first successful tour, broke through to get noticed after a few years of obscurity, or created an indelible first impression in any other way, shape or form.

(Band names are linked to their respective landing pages)

20. Gabbie Rae: Even prior to 2016, teenage sensation Gabbie Rae had developed quite the reputation for her incredible singing voice in her performances of hard rock and heavy metal classics, but this year, Rae and her band did their first US tour opening for Europe and reached out to audiences like they hadn’t before. Her amazing renditions of the songs she chooses to cover are better than perfect, and would make the original creators proud. But in addition to covers, she has also worked in an original tune or two of her own, and with a full album in the making, 2017 could be an even bigger year for Gabbie Rae and co.

19. Skyeater: LA blackened doom quartet Skyeater made a mark for themselves through appearances as local openers at underground metal gigs in and around town that were headlined by touring acts, and those that turned up early enough to catch this band’s set were rewarded in full, as Skyeater held audiences captive with their ominous, ultra-dark, doom-meets-black metal sound. Their 12-14 minute compositions succeed in creating the exact kind of atmosphere they aim for. With just a two-song demo release to their name, this is only the beginning of much more to come from Skyeater.

18. Spirit Collector: LA instrumental power trio Spirit Collector released an excellent three-song debut EP called ‘Owls To Athens’ this year and put forth a splendid set opening for Pinkish Black at Complex, instantly garnering admiration from first-timers. Their brand of shoegazy sludge/doom/prog/post metal is easy on the ear for anyone into heavy music, and the three members showcase great individual talent as well as combine excellently together to come up with music that does not need vocals to be compelling. Fans of instrumental music can add Spirit Collector to their list of must-listen, must-watch bands.

17. Malison: San Diego quartet Malison present a delightful take on galloping ’80s NWOBHM-style classic heavy metal, but with their own epic, original spin on it, and vocal stylings that show good range of highs, mids and lows, going beyond mere high-pitched Dickinson-Halford mimicry. Their 2015 debut EP ‘Impulses’ served as a stellar introduction to their talent, while in 2016 they brought out their epic, proggy tendencies on the new single ‘Final Ride’. But in the live setting is where Malison truly impress most, and that is how they landed on Metal Assault’s radar. Look out for a debut full-length and many more great live shows from this band of righteous metalheads.

16. Furiosa: After parting ways with Legal Tender, LA based artist/songwriter/multi-instrumentalist Jonah Nimoy started Furiosa in 2015 as his solo project wherein he writes and records all vocals and instruments, and also sketches the artwork himself. The unbound talent he showed in Legal Tender is being fully tapped into for Furiosa, as evident on the three-song ‘Outta Fox To Give’ EP release in 2016. Besides the studio recordings, Nimoy’s vision of this eclectic, all-encompassing hard rock/heavy metal project is brought to life only in the live setting, and this year he was able to enlist some top-class musicians to help him do so. The scope and potential of Furiosa is vast, and should be realized to an even greater degree in 2017.