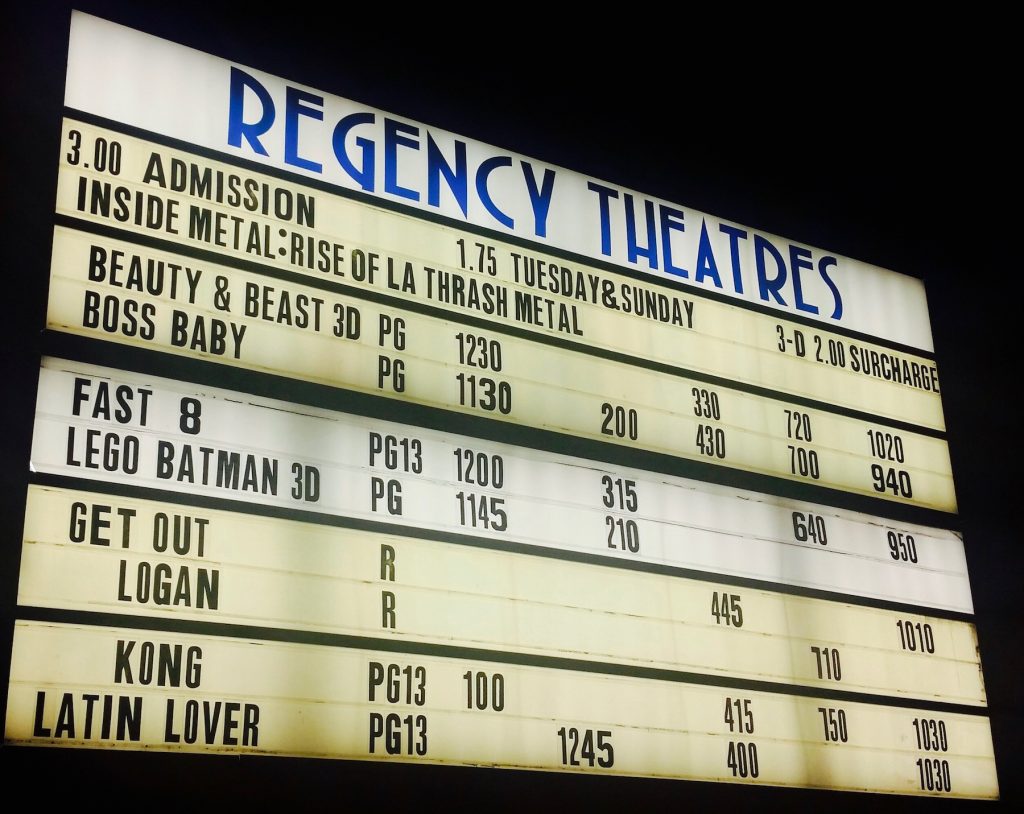 Following two successful and critically acclaimed films ‘Pioneers of LA Hard Rock and Metal’ (2014) and ‘LA Metal Scene Explodes’ (2016), the ‘Inside Metal’ series of heavy metal documentaries continues with its third venture, this one also centered on the LA scene but focussing specifically on the thrash metal genre. ‘Rise of LA Thrash’ is set for release on DVD later this summer, and held its theatrical premiere at the Regency Valley Plaza 6 cineplex in North Hollywood last Monday June 19th. Producer, director and longtime Los Angeles based metal journalist Bob Nalbandian is the man behind the ‘Inside Metal’ series, having conducted countless interviews with prominent and relevant personalities, and with the help of his editors, presenting them as 3-hour movies. Nalbandian and his crew, along with guests from the industry attended the premiere, and what everyone witnessed through the film is perhaps the most comprehensive and honest documentation of the rise of LA thrash, throwing light on the early ’80s Los Angeles thrash movement in a manner like never before, and bringing recognition to the city of Los Angeles which has never received the credit it deserves for a movement that spawned several generations of metal.

The film documents in great detail the formative years and early success of the biggest and most influential bands in the genre, i.e. Metallica, Megadeth and Slayer, but also sheds plenty of spotlight on other bands including Hirax, Cryptic Slaughter, Dark Angel, Agent Steel, Abattoir, Overkill (LA), Savage Grace and MX Machine. It also touches upon the point of view of bands that weren’t quite thrash but were peripheral to this scene, such as Armored Saint, crossover bands like Suicidal Tendencies and Body Count, as well as one certain band that was received negatively by the thrash scene, Stryper. Then there’s also the perspective of non-LA thrash bands like Testament, Forbidden and Anthrax, and their account of how their paths crossed with LA bands back then and what they thought of the LA scene. But the depth of this filmmaker’s passion and motive is such that he even delves into some bands that influenced thrash as we know it, i.e. Diamond Head, Raven and Accept.

Megadeth bassist David Ellefson narrates the film and takes us through its various chapters, and rightly so, as there probably isn’t a better narrating voice in metal than Ellefson’s. The film presents interviews with members of all the aforementioned bands, and only in an ‘Inside Metal’ film will you get to see so many interviews in one place. That said, it is not just a mere collection of interviews, but it is intertwined with archival concert footage, and the whole sequence is edited and compiled together excellently in a flowing, storytelling format that generally makes the 3-hour film move along quicker than the viewer realizes. There is no doubting the authenticity of Bob Nalbandian’s endeavor, and he proves as much by successfully conducting informative yet humorous interviews with at least one member of every band he wanted to include in the story, plus other figures in the industry, like record label executives, managers, producers and fellow journalists. Former Slayer and Dark Angel manager Steven Craig features prominently in this film, as he has the best stories to tell, but interviews with Chris Poland, Marty Friedman, Dave Lombardo, Ernie C, Eric Peterson, Gene Hoglan, John Gallagher and David Ellefson himself are some of the standouts that will stay with the viewer after the film is over. The stories told by Stryper easily take the cake for being the funniest ones of the whole film, and then there’s also recollections by the likes of Lars Ulrich, original Metallica guitarist Lloyd Grant, John Bush, Katon W. De Pena, Brian Slagel, Bill Metoyer and many, many others.

For the younger metal-loving generation, this is an insight into the rich history of the LA thrash scene, as stories are told about venues that do not even exist in the present day, and you get to take a peek at some of these bands’ classic lineups and very early years, as even former members who left their respective bands a long time ago are willingly and gladly recounting their old days. For the old-timers, it is a glorious trip down memory lane, as many of the ’70s and ’80s kids in the audience were left saying repeatedly, as one classic show flyer after another popped up on the silver screen, “I was at that show!” Besides the content itself, the D.I.Y. aesthetic of the film makes it all the more endearing and relatable.

For any and every true heavy metal nerd and diehard, ‘Rise of LA Thrash’ is an instant classic, a must-watch and a must-have in the DVD collection. 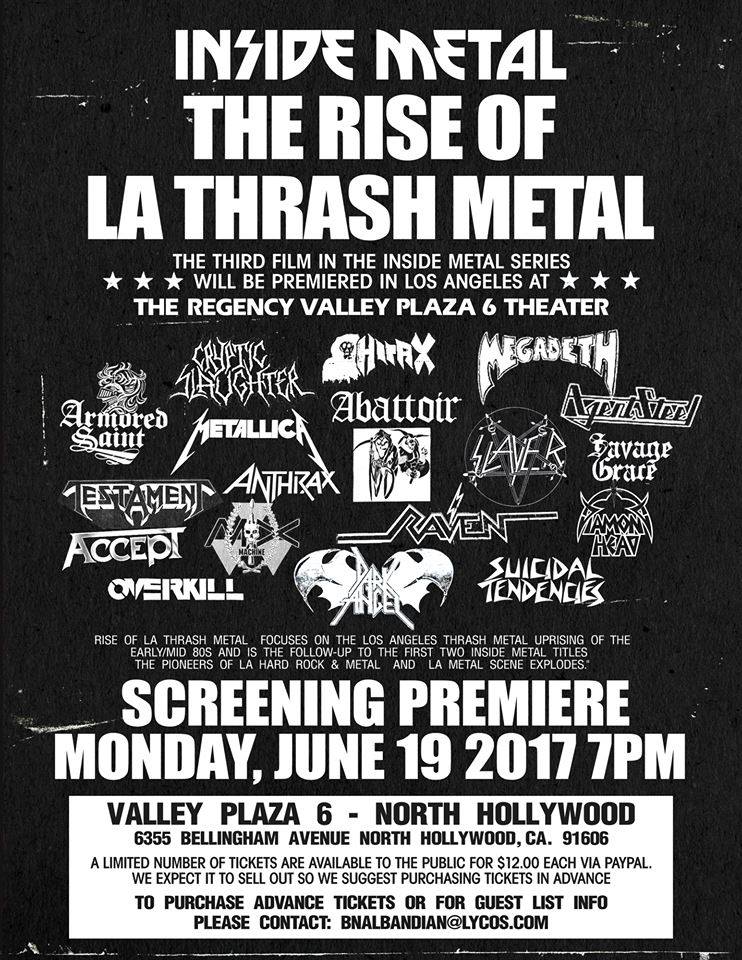