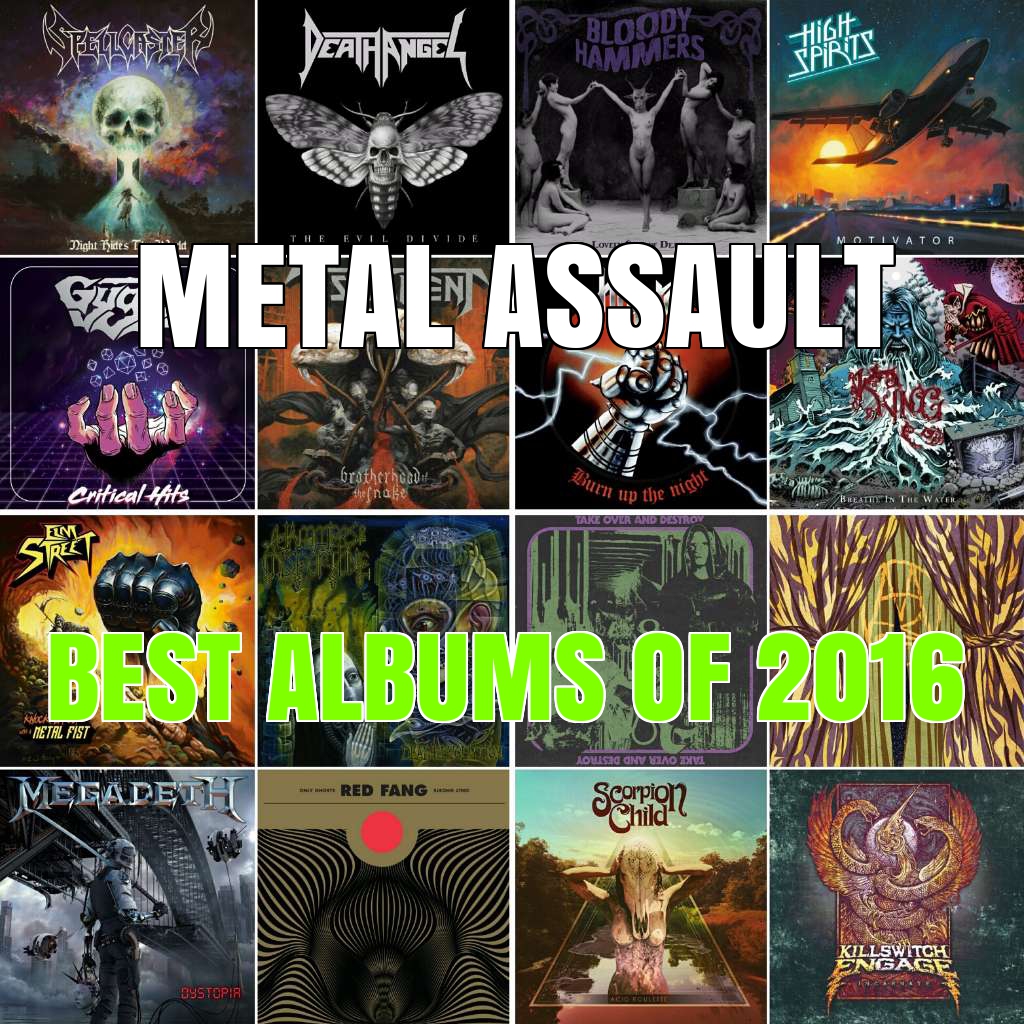 It’s that time of the year again, when you tell me there’s been no good new music and I tell you there’s been more than plenty. Let’s cut to the chase. Here are my picks for the 20 best full-length studio albums of the year 2016.

20. Take Over And Destroy – Take Over And Destroy: This Tempe, Arizona group released their third full-length album this year, the self-titled effort also their first on Prosthetic Records. Through this set of ten powerful compositions, Take Over And Destroy present a fresh, compelling take on extreme music with their black metal-meets-death rock stylings, the music and the lyrics emanating a grief-filled vibe but doing so in a strangely uplifting manner from the listener’s perspective. One of the finest hidden gems of the metal underground to have surfaced this year.

19. Scorpion Child – Acid Roulette: Austin, Texas hard rockers Scorpion Child are back doing what they do best, as proven by the delightful jams that decorate ‘Acid Roulette’. While ’70s and ’80s heavy music is inspiring many young bands to take it up and join the revival, there isn’t as much of an abundance of bands pursuing Zeppelin/Rainbow influenced classic hard rock. ‘Acid Roulette’ has the high-pitched clean singing, the rhythmic grooves, the guitar tone, the organ/keyboard element, and most of all, the songwriting, to deem Scorpion Child as their genre’s worthiest flag-bearers.

18. Mars Red Sky – Apex III (Praise For The Burning Soul): French trio Mars Red Sky’s newest effort is by far the best psych rock release of the year. The album paints quite the mental landscape with its brilliant arrangements of sonic patterns, very much based on gradual buildup through recurring hypnotic segments. The music not only has the power to mesmerize fans of the genre but also makes for a perfect soundtrack for some specific visual creations, as evident from the crowd-funded French short film ‘Alien Grounds’ which the band also released this year. ‘Apex III’ is a masterpiece in every sense.

17. Killswitch Engage – Incarnate: American metalcore stalwarts Killswitch Engage came out with this very aptly titled seventh full-length album this year, because the songs that made it onto the release together constitute a very exemplary slab of all that’s good about metalcore. Even the non-fan could easily appreciate the class and quality of the musicianship that fuels these songs. This is without doubt one of the best pieces of work by this longstanding band of 17 years that has unwaveringly carried on in their efforts to keep their brand of metal alive. ‘Incarnate’ absolutely does that, as frontman Jesse Leech is at his peak on clean as well as harsh vocals, the songwriting led by guitarist Adam Dutkiewicz is fantastic, and the variety within the album makes it enjoyable from start to finish. A splendid effort by a great band.

16. Elm Street – Knock ‘Em Out… With A Metal Fist: Australian band Elm Street have been around for longer than people realize, and first made their mark with the 2011 debut LP ‘Barbed Wire Metal’. They took their time with the next set of songs, and clearly did the right thing, as their 2016 album ‘Knock ‘Em Out… With A Metal Fist’ is a highly impressive melodic thrash metal treat, filled to the brim with one fist-pounding jam after another. ‘Face The Reaper’ and ‘Heart Racer’ are among the strongest songs released by anyone this whole year, but everything on the album makes an impact and comes with a sense of purpose. This Elm Street album sure as hell knocks it out of the park.