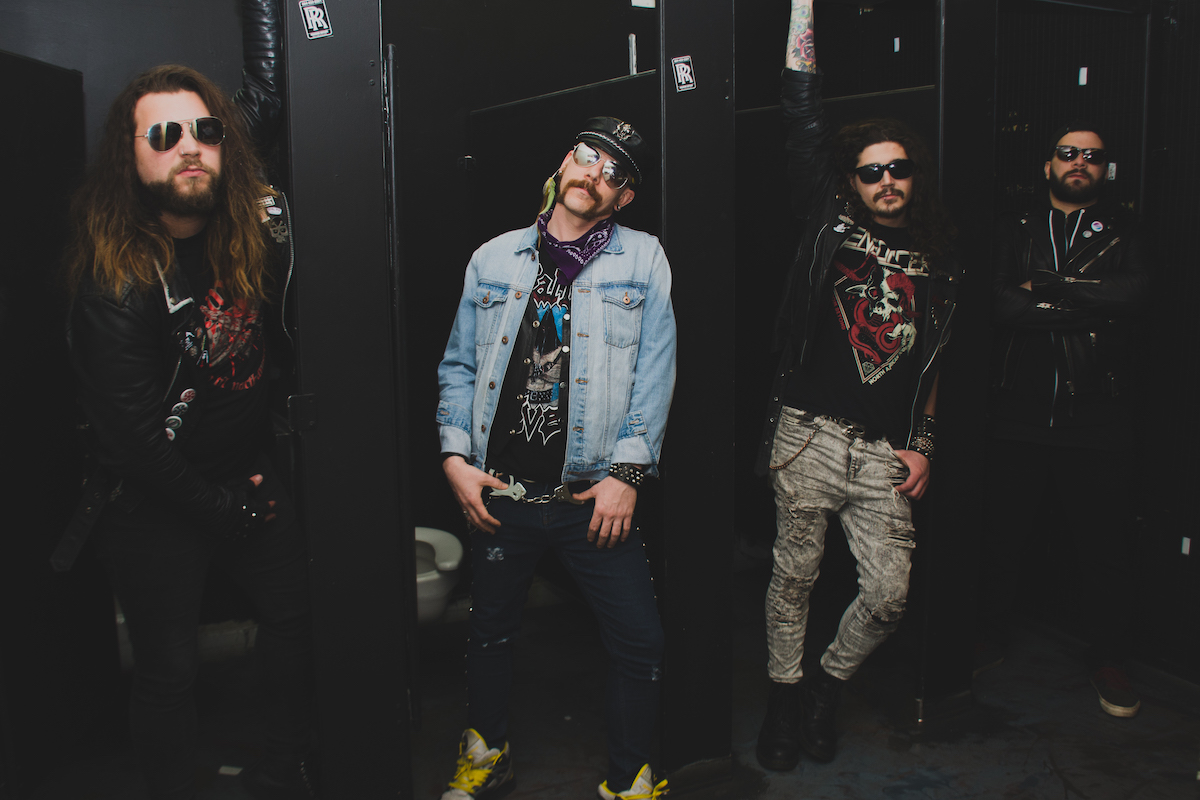 Based out of Vancouver BC, the high-octane four-piece group is one of the most exciting and energetic bands to have surfaced in the recent past. When it comes to embodying the speed metal ethos, RoadRash is second to none, and it is clearly evident in their studio recordings as well as live performances. RoadRash is all set to release a 2-song self-titled EP on February 21 2020, on 7-inch random-colored vinyl plus digital platforms, via Metal Assault Records. Limited to 200 copies worldwide, the EP is available for pre-order via the Metal Assault web store. Lead track “666 MPH” is available for streaming, exclusively via the MA bandcamp web-player. Listen to it below:

RoadRash is celebrating the release of the self-titled EP with a release show at Dickens in Calgary, Alberta on February 22, an event also featuring fellow trad-metal underground stalwarts Riot City and Traveler (tickets + info here). In addition, RoadRash is confirmed for an appearance on the 2020 edition of Swedish heavy metal festival Muskelrock on May 28. The band is geared for plenty more live performances and touring activities this year. Watch this space for updates.