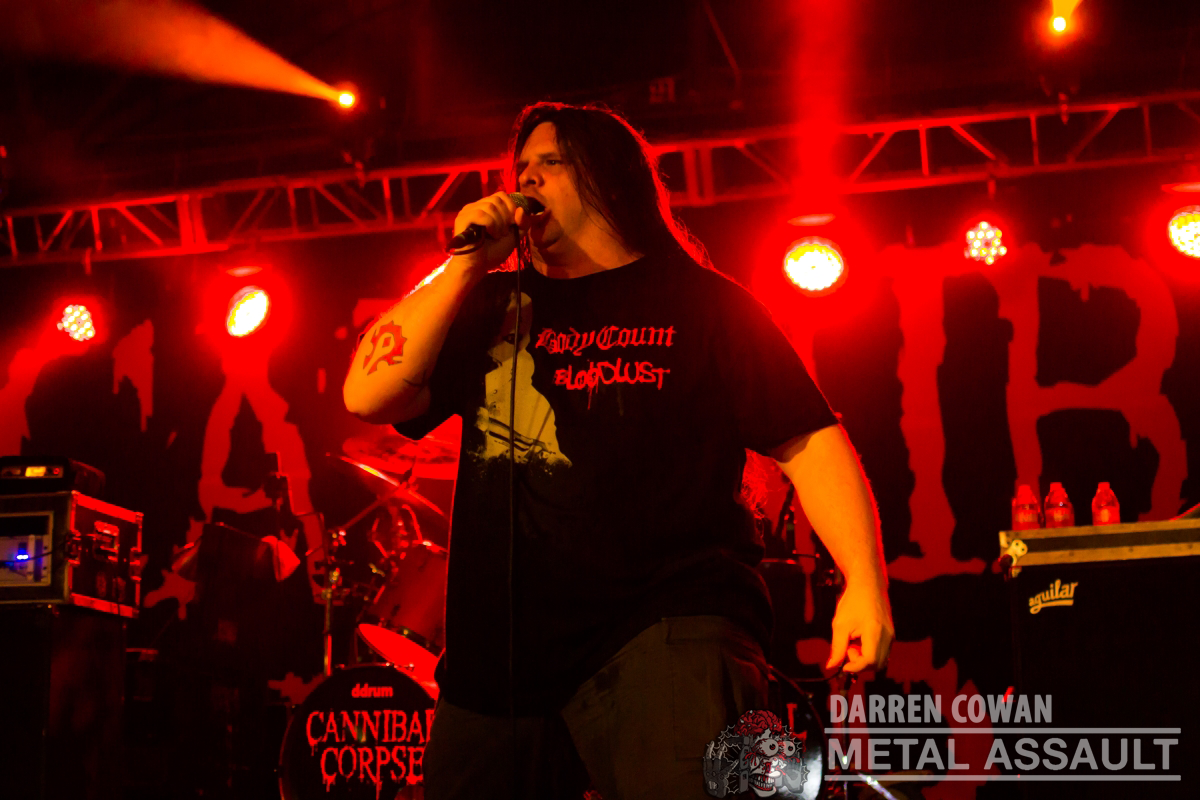 The San Antonio stop was originally slated for Alamo City Music Hall, appropriately named for being within a short distance from the famous Alamo. The concert was rerouted to the Vibes Event Center, just a block or so from the original location. I had not heard about the Vibes Center, but it was housed within a familiar jaunt, The Rock Box, where I saw shows from Philip H. Anselmo And The Illegals and Diamond Head. The Rock Box paid host to all merchandise, while a door on the side of the venue led to the much larger Vibes Center. The crowd was a lot bigger than what the Alamo held and probably twice as big as The Rock Box. The huge crowd made sense as Morbid Angel and Cannibal Corpse are the top on the list of most popular acts in death metal today, or any day.

Blood Incantation and Necrot opened the concert. Both bands formed around the same time and both have garnered much praise over the last couple of years, having released their first full-length in the past three years. Denver’s Blood Incantation features four members. Their guitar solos were of note, and the group’s sound came across as more similar to that of Morbid Angel than Necrot’s. The three-piece that comprises Necrot is no stranger to the scene as members have played or currently play in Saviours, Watch Them Die, Acephalix and Vastum. They played a dirtier, sludgier sound than Blood Incantation, and brought to mind bands like Grave, Carcass and Cannibal Corpse. 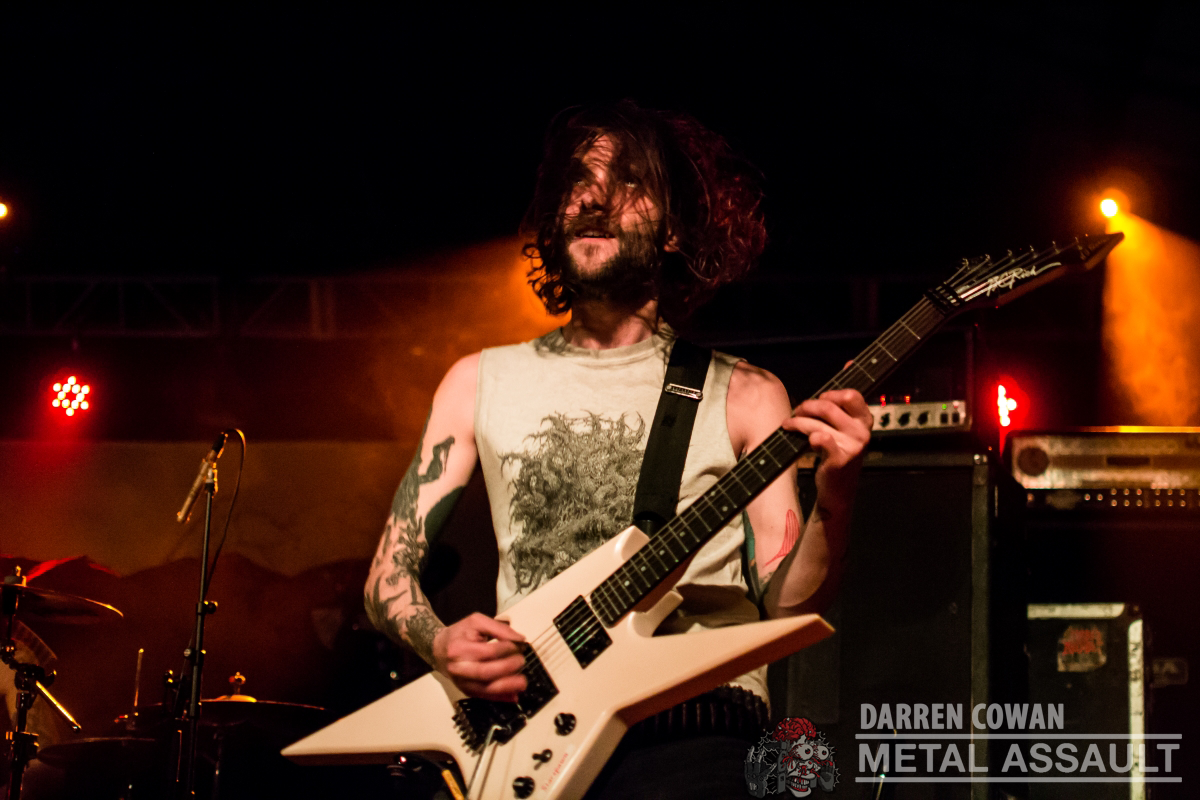 Blood Incantation and Necrot warmed up the crowd as pits started from the opening notes. By the time Morbid Angel took the stage, the crowd was chomping at the bit for more pits. The group came to town touring in support of their Kingdoms Disdained album, the first recording featuring Steve Tucker since their 2003 effort, Heretic. Trey Azagthoth performed his usual guitar-shred acrobatics complete with a million pedals, while newest members Scott Fuller (drums) and Dan Vadim Von seemed like they’ve been playing in the band forever. Songs such as “I,” “Nothing is Not” and “Piles of Little Arms” were choice selections from the Tucker era. But the band also dusted off some David Vincent classics, as “Abominations”, “Day of Suffering” and “God of Emptiness” rounded out the performance,  including the set-closer “Blood on My Hands” from the Covenant album. 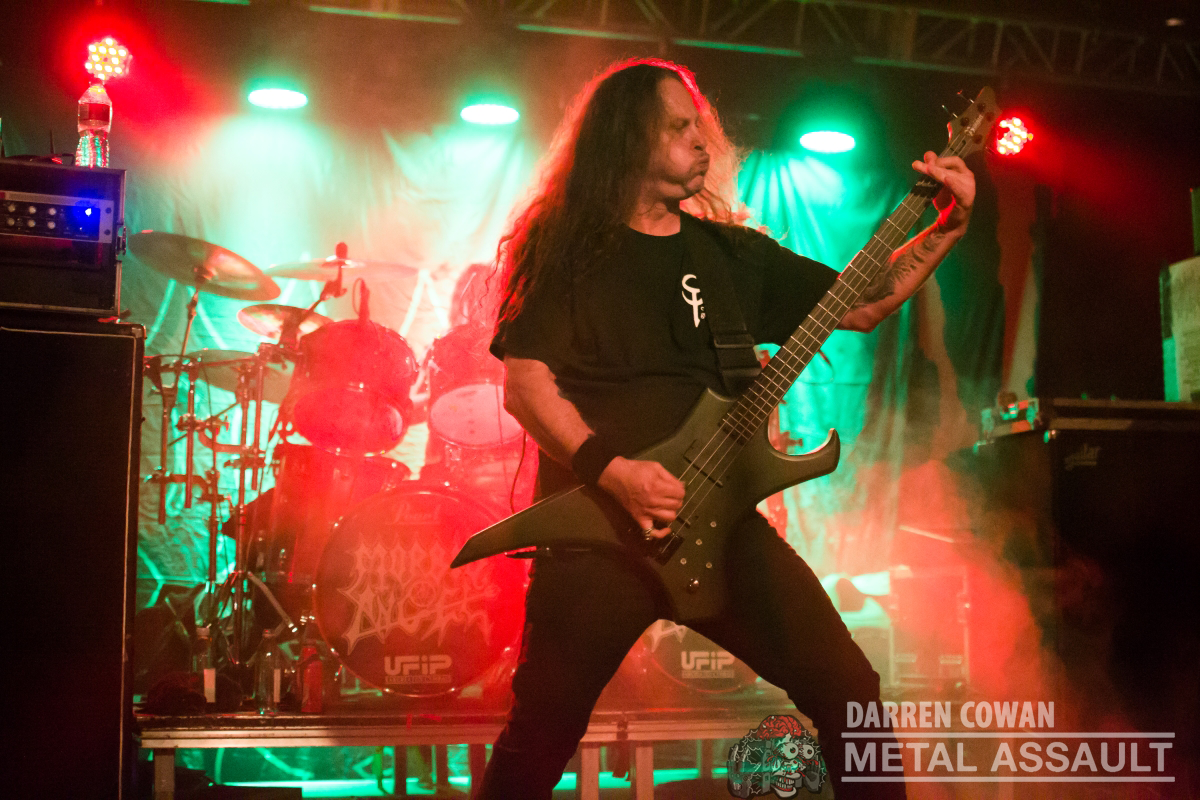 No band has played a larger role in bringing brutal death metal to the masses as Cannibal Corpse. With buzz-saw guitars, bludgeoning bass and drums, pit-bull snarls and helicopter head banging, Cannibal Corpse has taken extreme metal to the next level. The crowd participation in the pit proved how “bloodthirsty” and “rabid” the crowd was for Cannibal’s songs. What truly separated this concert from other Cannibal Corpse shows was Erik Rutan playing guitar in lieu of Pat O’Brien’s troubles. Rutan is no stranger to Morbid Angel, so it wasn’t like he was a stranger in another band. Known best for his band Hate Eternal and as a producer these days, Rutan played the part as if he was always in the band.

All in all, a perfect evening of extreme metal, decorated by stalwarts and newcomers alike.

Images and words by Darren Cowan 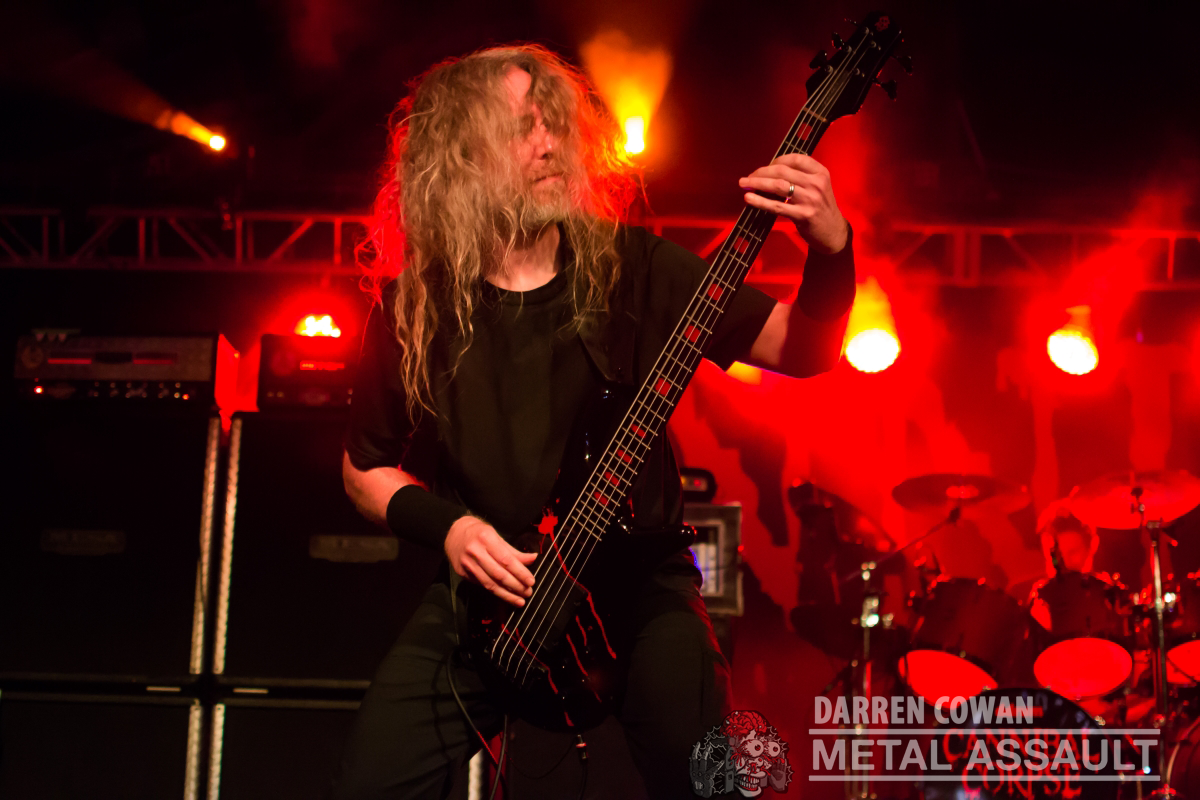 Immolation steps in for Cannibal Corpse after the New York date. You can see the Decibel Tour on the remaining dates listed below: