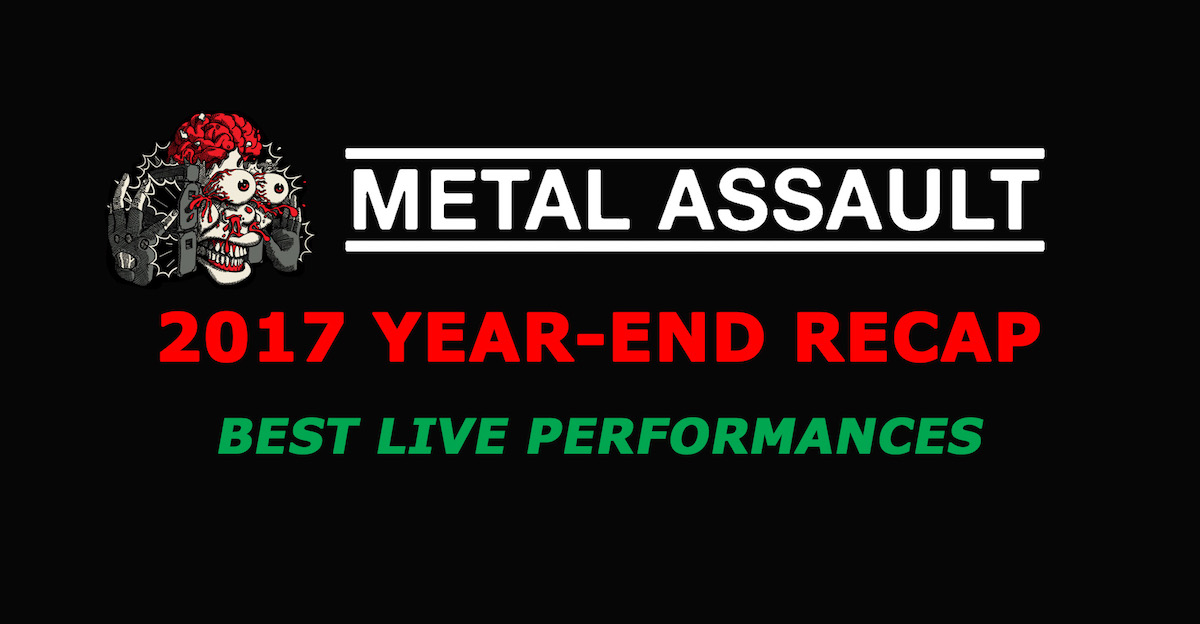 Let me preface this by saying that it was ultimately difficult in determining what would make my top twenty. So much can affect one’s concert experience, such as being slightly ill, hung over, attending with different people amicable or not, various intoxicants etc. I strongly believe that one could attend the same exact show, if it was even possible under the most perfect circumstances to replicate, and experience it in many different ways. Thus, I decided to omit any personal, subjective factors that influenced my experience at any concert. I also was at loggerheads if I should factor sound quality, as it greatly determines how an artist’s performance will be heard, but I ultimately determined that I should. Sound quality actually knocked down my favorite concert of all the year from number one to number two, so more on that later.

My criteria in ranking the shows were ultimately reduced down to two things. Did I leave the show thinking that it was worth the time, effort, and money? If so, how much did it affect me personally? Did I grow to the love the artist even more? Did I go home and check out the artist’s discog? Did I go home and run and tell my friends about how they missed out? Hopefully you get my gist. I also factored in the artist’s overall performance. The lighting, the production, the performance, all goes into this one criteria.

Honorable Mention: Voices of Ruin @ Brick By Brick, San Diego CA, 6/7: Voices of Ruin, a melodic death metal band from Anaheim toured this year with an incredibly brutal tour package, featuring Vader, Sacrificial Slaughter, Micawber, and Internal Bleeding. Brutal to say in the slightest, Voices of Ruin, in my opinion, outshone and outclassed many of their tour mates, bringing a little more melody and guitar leads to their show. For once in the blue moon, the sound that particular evening was absolutely remarkable. I could hear everything inside the club venue so well, allowing Tom Barrett’s leads to be heard in a mix of soul crushing death, with melody.

#20. Steel Panther @ The Roxy, Los Angeles CA, 3/13: No one can go wrong in attending a Steel Panther show. A heavy metal show combined with flavors of comedy, is easily one of the best ways to spend a Monday night, arguably the worst day of the week. Steel Panther rocked the Roxy this particularly evening, playing a bunch of hidden gems in their repertoire and inviting guest musicians on stage, like the lead singer of Godsmack to perform with them. I peeked over the stage and saw that they did not perform all of their intended songs from their setlist, as their comedy routines and banter took more time than they expected, but at the same time, everything felt organic and natural as a member of the crowd. No harm no foul, right?

#19. Huntress @ The Viper Room, Los Angeles CA, 10/25: This show made the cut for a variety of reasons. Jill Janus, frontwoman, during the sound check announced she was incredibly ill, and with back and forth mockery between the band, and an ultimate display of professionalism, she carried on in good fashion. This performance benefitted from following the slower, more commercial sounding rock band Edge of Paradise, as Huntress assumed the stage with high-octane energy so contagious the crowd at times were going wild. Guitarist Eli Santana and Jill Janus swapped high jump kicks, and during the performance, the song ‘I Want to Fuck You to Death’ paired with Janus’ epic power squats left me burned with that memory for the rest of my life. I also saw Huntress perform in San Diego the following day in San Diego, but the shorter set and incredible energy at the Viper far exceeded the latter performance. 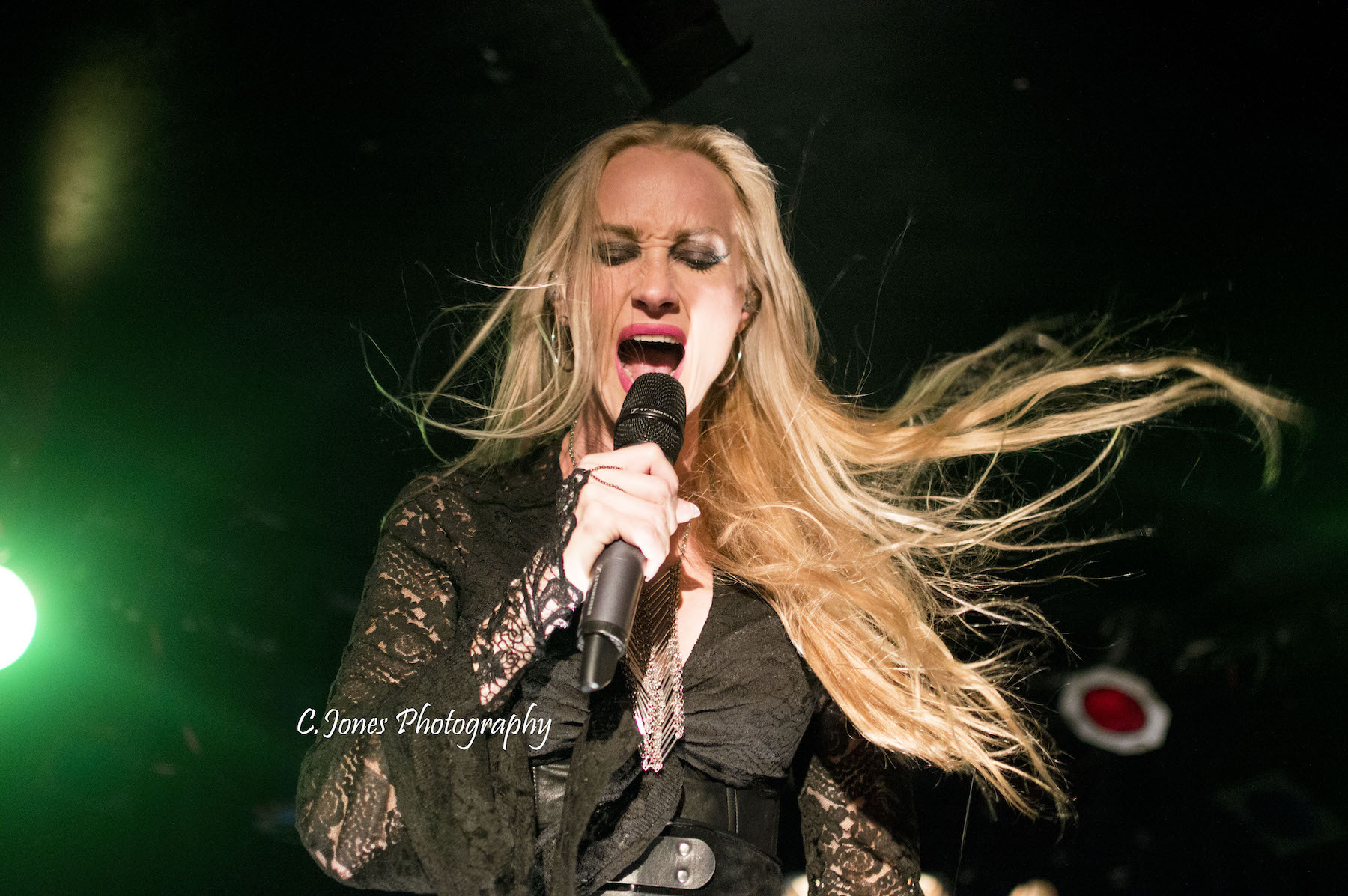 #18. Saxon @ House of Blues, San Diego CA, 3/14: Rumor had it that Saxon and fellow tour mates UFO were swapping back and forth the headline spot. I so badly wanted Saxon to close out the evening, but to my chagrin, they came before UFO. No disrespect to UFO, but their ’70s English rock sound was hard to watch after Saxon’s brilliant and high-powered heavy metal performance. The sound that evening was impeccable, and every instrument was audible in the mix. It was one of those performances where it seemed that the band hit all the right notes to an intoxicated ear, and the euphoria I felt following their set had me glowing. They performed songs from their expansive repertoire, and even some from their recent production ‘The Battering Ram’. All in all an incredible show, and the crowd loved every second of their performance. Saxon is definitely way better as a live act than a studio one. 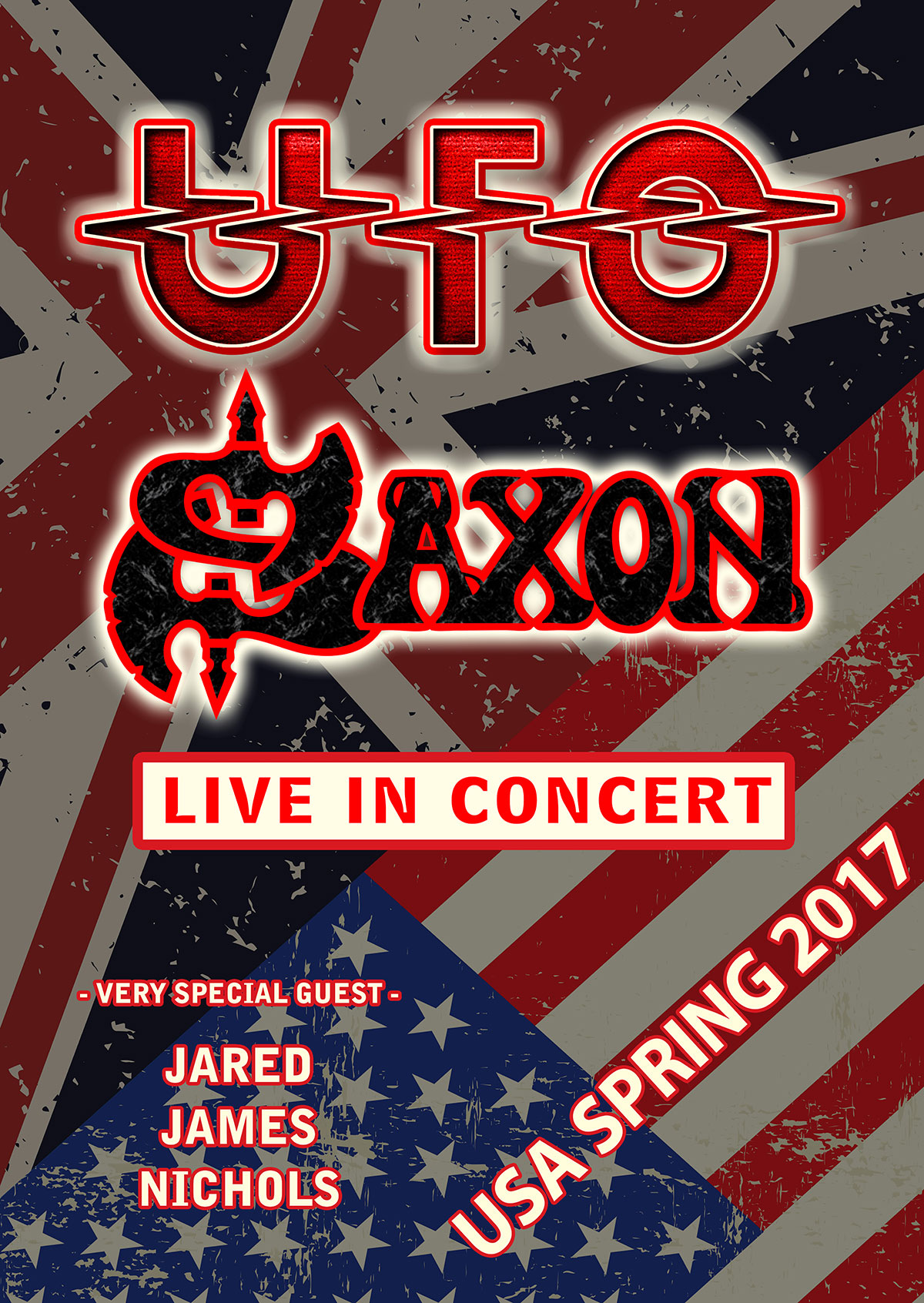 #17. Coheed and Cambria @ The Observatory North Park, San Diego CA, 4/18: This show makes the cut for the simple fact that they performed, front to back, their third studio album, ‘Good Apollo, I’m Burning Star IV, Volume 1: From Fear Through The Eyes Of Madness’. This album, goes back and forth from their fourth album, ‘Good Apollo, I’m Burning Star IV, Vol. 2: No World For Tomorrow’ as my top pick for their best album. Vol 1 is chock full of their greatest hits, like ‘Welcome Home’, ‘Ten Speed’, ‘Final Cut’, and ‘The Suffering’, and they performed the album exceptionally. I also really enjoyed their encore performance, featuring ‘Island’, a more poppy tune from their most recent album. Their lighting and stage production was absolutely dazzling and I found myself at times in straight awe and losing focus from the music. 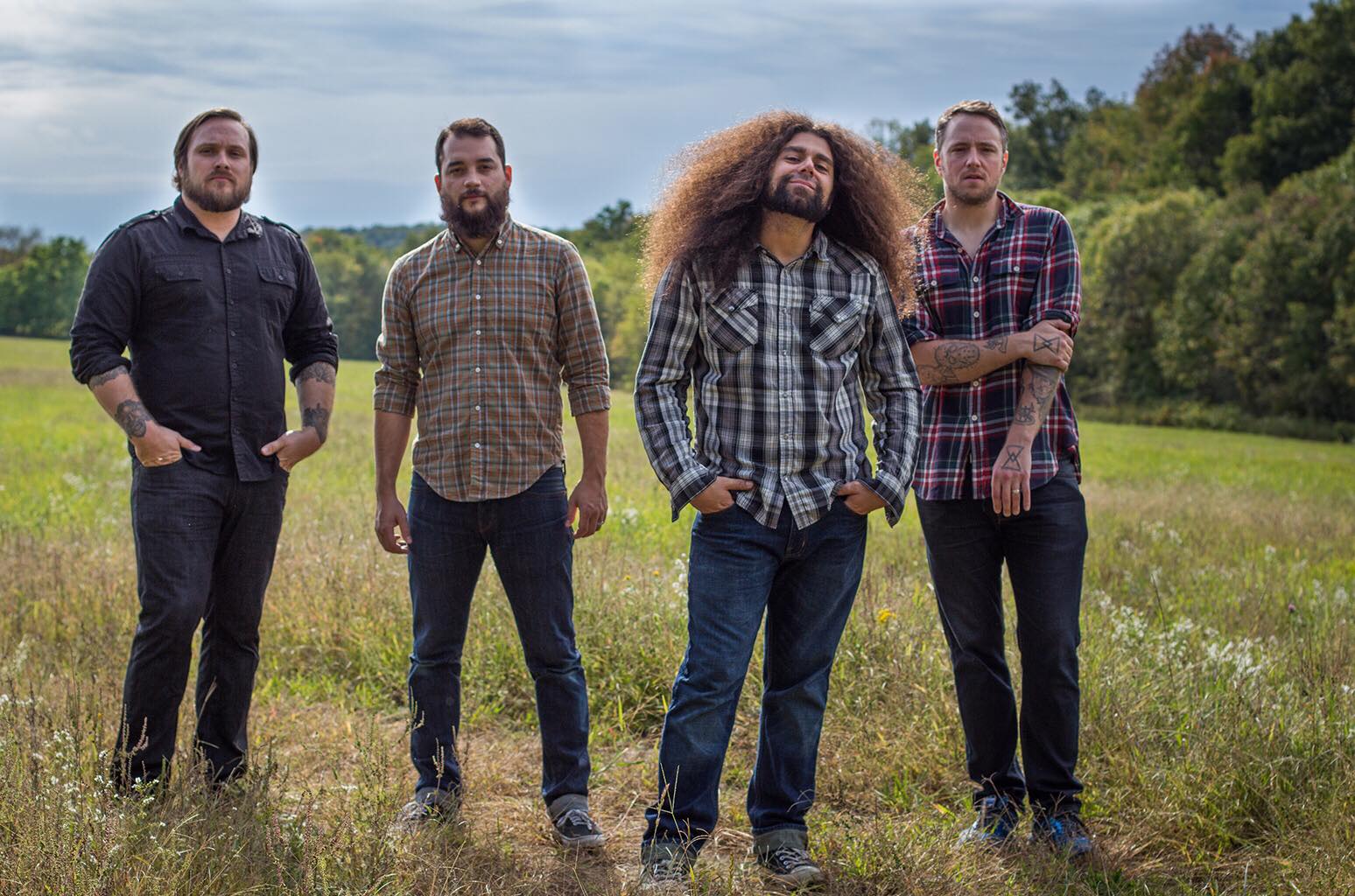 #16. An Endless Sporadic @ Chain Reaction, Anaheim CA, 11/27: Oh boy was this one hell of a show. I have been a longtime fan of An Endless Sporadic, when the same buddy who introduced me to Dream Theater, showed me their debut album back in 2009. I easily fell in love with their low budget production, and their building block epic, ‘The Triangular Race Through Space’. This iteration of the band, so I am told is rather new, and they have just returned to the live circuit, pairing this performance with one at the Viper Room in Los Angeles. My time at the Chain Reaction was great, as this band did a stellar job showcasing their immense talents, as each guitarist had a synthesizer in front of them, and band members swapped back and forth playing wind and percussion instruments. I geeked out hard as my high school band days came back during their performance. It was definitely an inspiring concert for the artists in the crowd who were there. It was my first time seeing them, but definitely not my last. 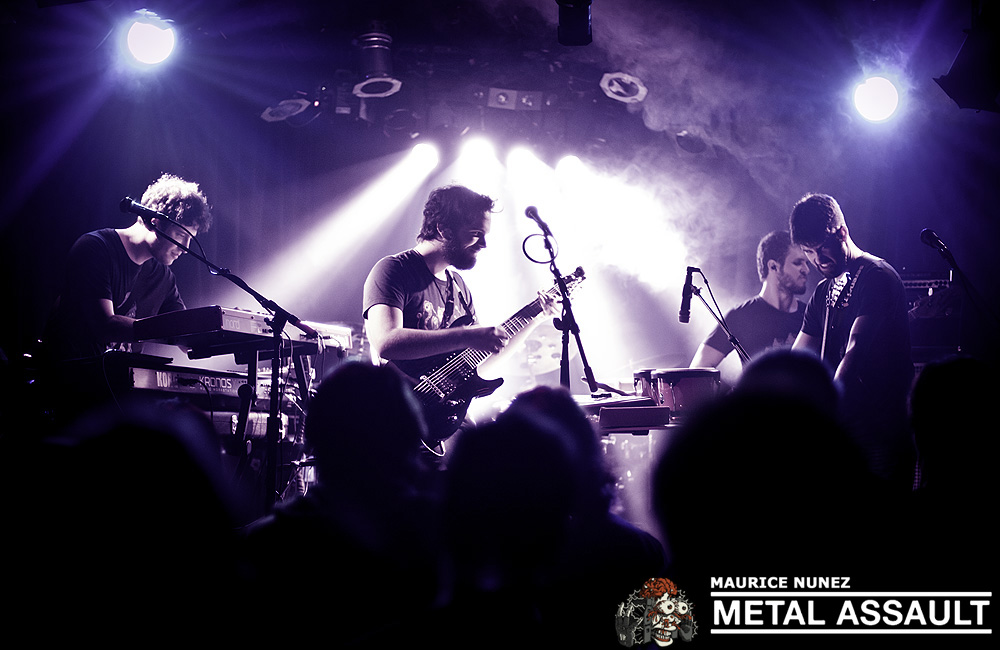