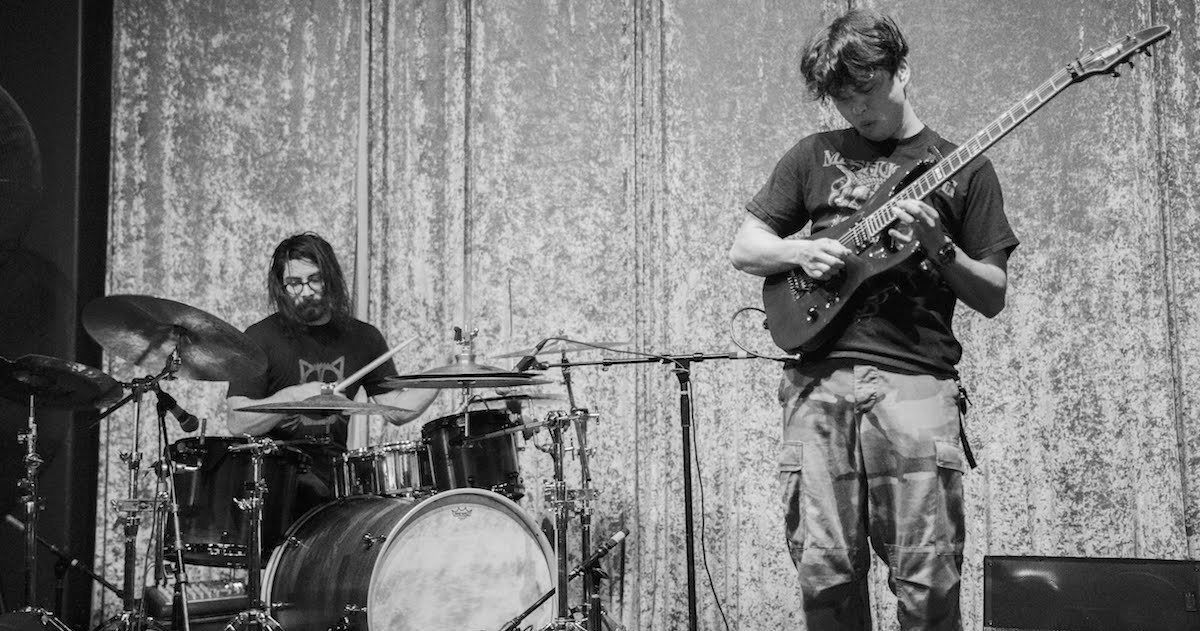 Metal Assault Records is pleased to announce yet another new signing. So far, the label has accrued a roster of bands spanning various hard rock / heavy metal sub-genre, each band vastly different from the other. Adding further to this variety is the newest signing, the first progressive metal band to join the roster.

Los Angeles based instrumental prog duo THE BLUE PRISON becomes the latest Metal Assault Records signee, with a brand new single called “Shadows” all set for release on August 19, and a full set of new songs slated to arrive later in the year.

Followers of Metal Assault might already be familiar with The Blue Prison, a band that has been booked frequently on local MA events, and a band that was featured on Metal Assault Mixtape: Vol. 2 with their most recent single, “Vengeance”.  Comprising the duo of Keigo Yoshida (guitar) and Jaime Munoz (drums), The Blue Prison turns first-timers into longtime fans with their powerful live performances and compelling musicianship, as many firsthand witnesses would promptly testify.

Even without the live performance facet in the covid era, The Blue Prison has what it takes to survive and thrive, based on the sheer strength of their music alone. Through four EPs and one single released over the past six years, the prolific duo has presented a stellar blend of sweeping progressive metal patterns, heavy dissonant guitar riffs, groovy rhythms, as well as shades of jazz fusion and ambient music. Their upcoming new music explores all these elements and more, and is poised to take The Blue Prison to the next level, as a band not just prog fans but everyone reading this site and following our record label can enjoy listening to in the near and distant future.