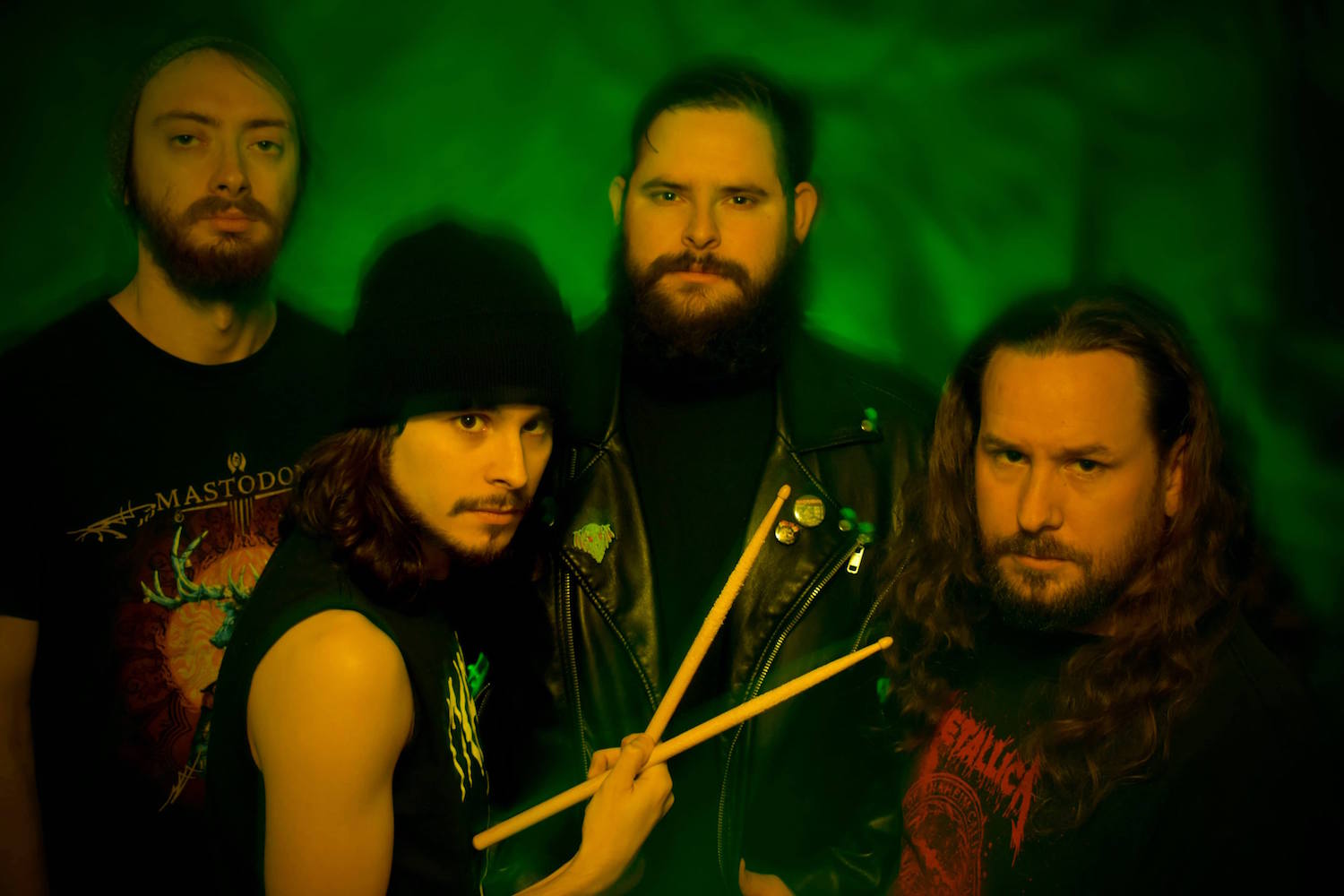 Los Angeles CA stoner / psych quartet SOLAR HAZE will embark on a 10-day US West Coast tour this May, to promote their self-titled debut full-length, releasing 4.20 via Metal Assault Records. Having recently given it their all and more to track the album in the recording studio with producer Eddie Vazquez, Solar Haze is active again as a live band locally and regionally, and is chomping at the bit to finally take their skull-crushing, earth-shaking show on the road, to perform their staggering blend of in-your-face fast rockers and epic psychedelic jams. 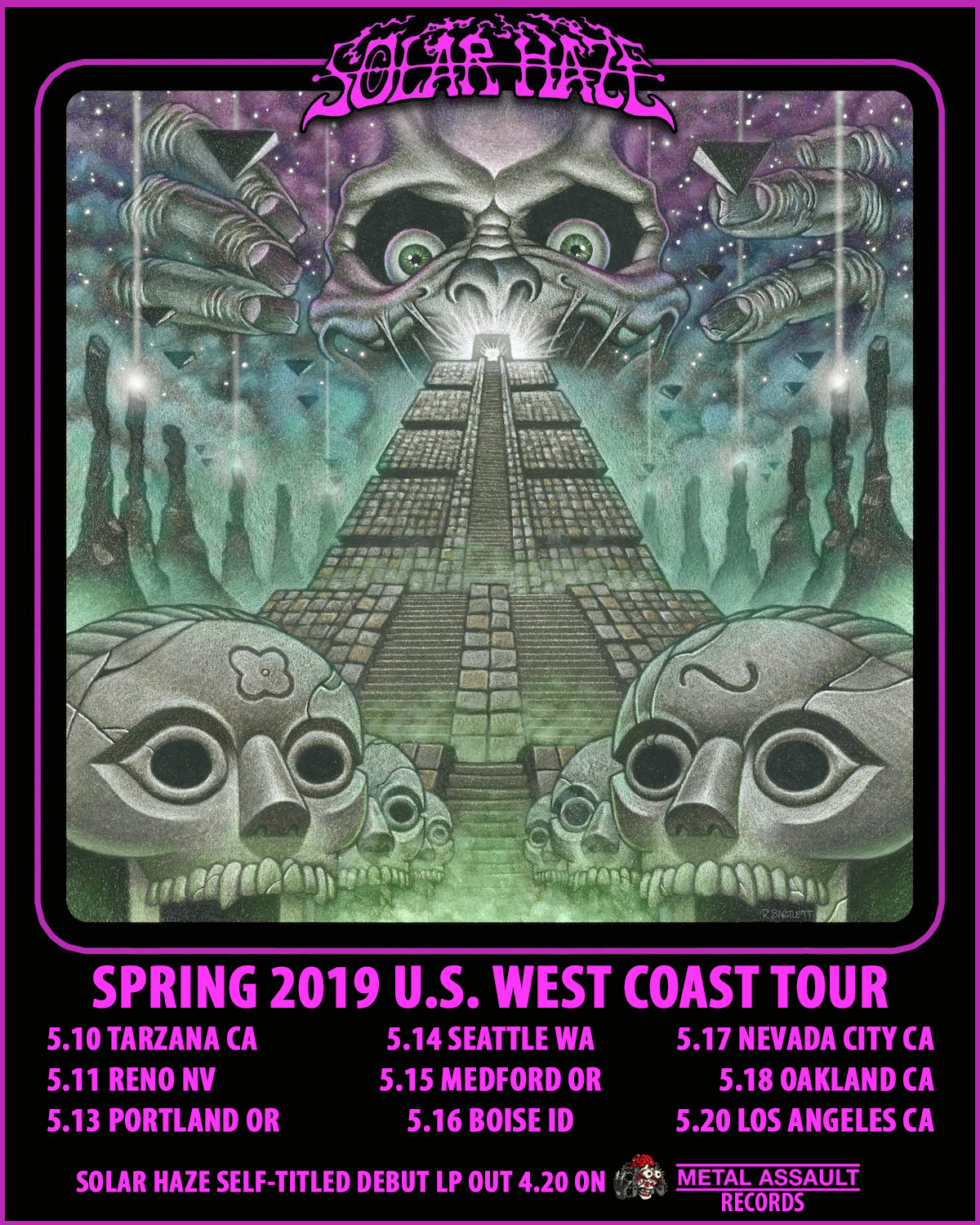 The rip-roaring opening track “Hawk in the Wind” was premiered on February 13 (not coincidentally the 9-year anniversary of Metal Assault), exclusively by stoner doom monolith Doomed & Stoned, along with a stellar writeup, which describes the album as “fantastically fuzzy”, among heaps of other epic words of praise lavished upon it. Listen to the song below:

Metal Assault Records will release Solar Haze, boasting cover artwork by the inimitable Ryan Bartlett, on limited-edition vinyl and all digital platforms on 4-20. Solar Haze is available for pre-order on Neon Green, Black and Transparent Purple vinyl, limited to only 100 copies each, sold individually and as part of shirt+LP bundles, through the Metal Assault web store. All vinyl and bundle orders will come with free digital download of the album. Digital download is also available for standalone purchase via the Metal Assault bandcamp.

What the press is saying about Solar Haze:

“… the entirety of Solar Haze – from the aggressive, driving beat of the rhythm section to the daring leads and laser sharp riffs – provides us with something that’s been missing from the heavy scene at large: that magic combination of fun, wicked, and earth-shaking.” – Doomed & Stoned 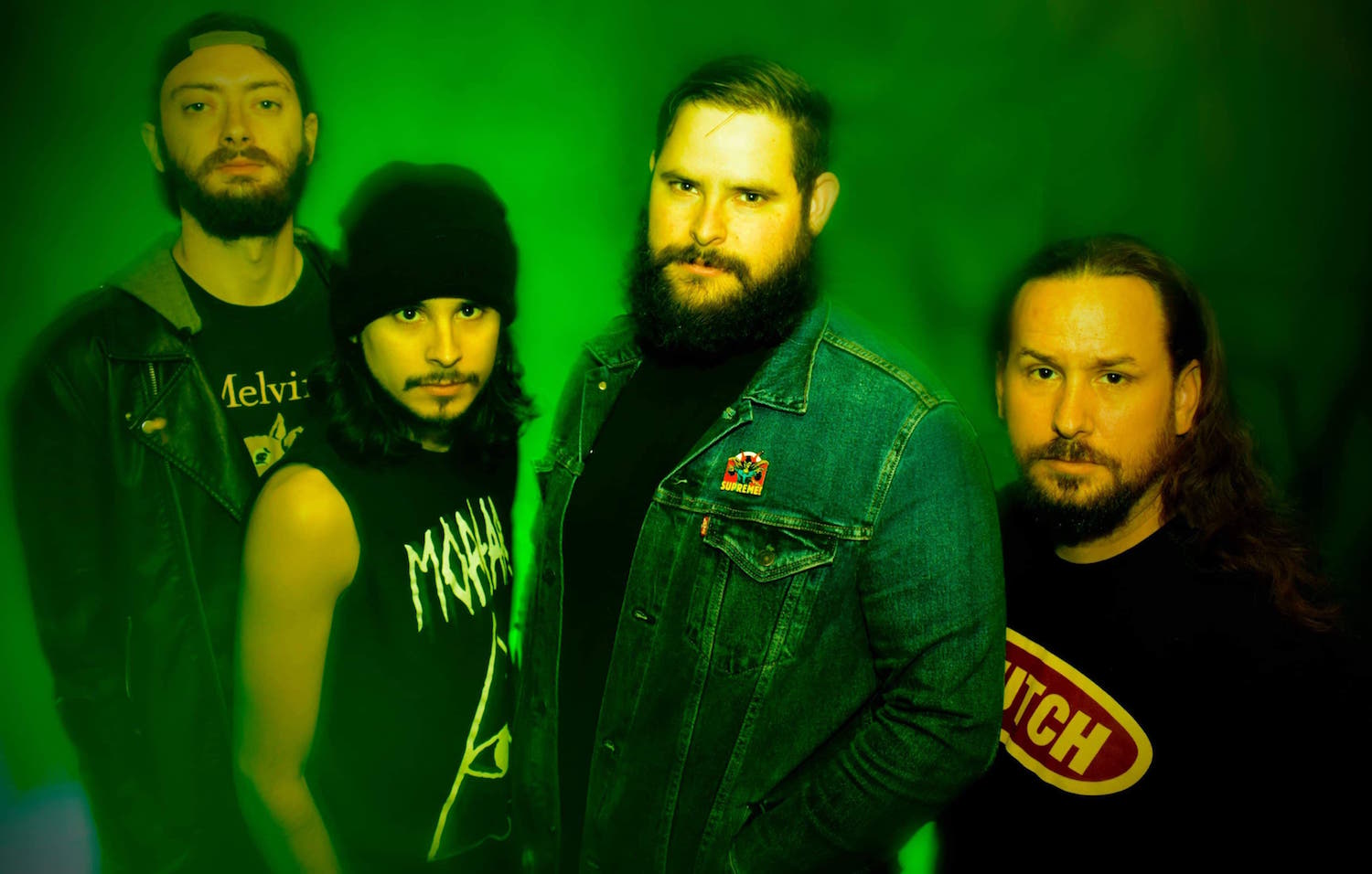