The inevitable is upon us. The Ronnie James Dio hologram which made its debut at the Wacken Open Air festival in Germany in 2016, and its US debut earlier this year, will embark on the “Dio Returns” world tour in late 2017, backed by the live band formerly known as Dio Disciples (guitarist Craig Goldy, drummer Simon Wright, keyboardist Scott Warren and bassist Bjorn Englen). The tour will start in Europe and will hit South America, Australia and Asia, and will arrive in the U.S. in the Spring of 2018. Confirmed dates are posted below, and more will be announced in due course. Prepare to send your hologram to a show near you! 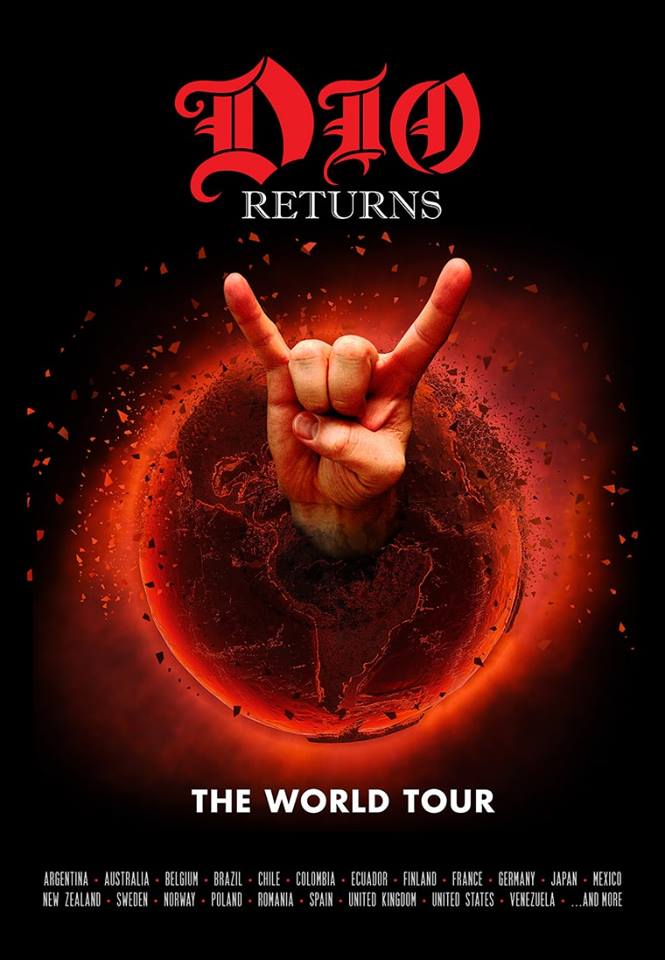