In the States, Marty Friedman’s claim to fame is his time spent in the band Megadeth, but there is so much more to this guitar player than just being a past member of a legendary thrash act. Starting out in the ’80s, his gift began to blossom when he joined the American metal group, Cacophony, and when he released his first solo album, ‘Dragon’s Kiss’, in 1988. Joining Megadeth in 1990, he continued to release his own records. After he left the group in 1999, he still pursued his passion. On August 4th, the man is set to release his 13th solo album, ‘Wall Of Sound’, through Prosthetic Records. It’s been three years since Marty released any individual work and his fans won’t be disappointed with this new release. 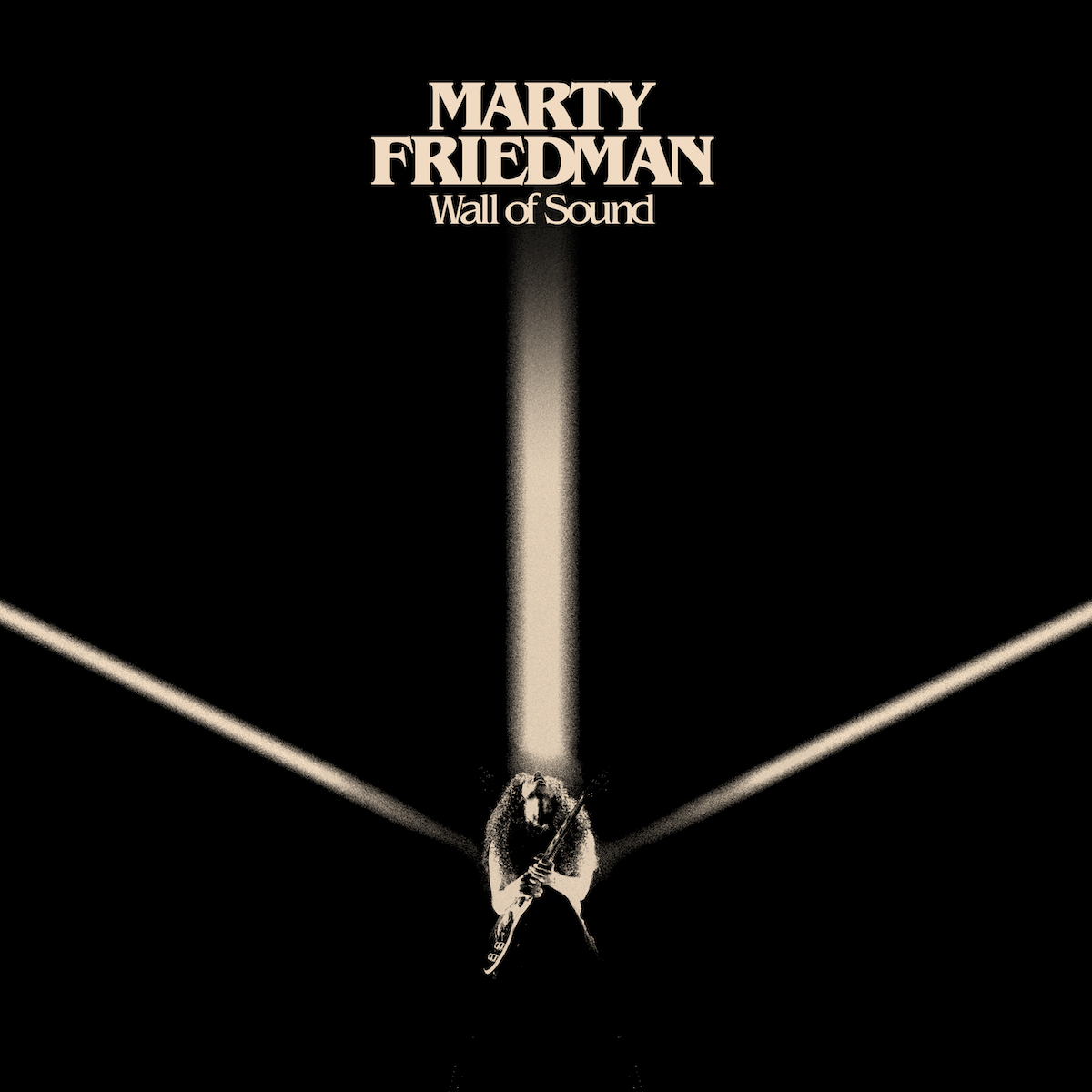 The album unfurls with opening track, ’Self Pollution’. There’s such an aggressive, yet careful tone that Marty is able to master and you immediately feel the heat from his fury. His techniques and guitar tones sing and sting at the same time. The delicacy, care, and power he delivers separates him from so many other solo artists out there. You don’t need lyrics to feel the emotion and story of his songs.

Marty’s guests on this album are some pretty contrasting characters. First up, Jinxx from Black Veil Brides makes the melody on the song, ‘Sorrow and Madness’. The dance between instruments gets under your skin while the violin weeps and the guitar is comforting. The pairing exhausts the power of creativity with exceptional breakdowns and clever licks. They draw you in, making the listeners lose themselves in the masterful crescendos and decrescendos in the song. Numbers like ‘Streetlight’, ‘Whiteworm’, and ‘The Blackest Rose’ show off the more sensitive side of Marty. Though the slower, more ambient songs get monotonous, they’re still enjoyable. Then opposite of that is the track, ’Pussy Ghost’. A fun, psychedelic piece that hints at some extreme, almost black metal elements. A fierceness bubbles to the surface where you hear his mean, sharp edge. Marty’s pick scrape, off-kilter distortion, and sweeping skills highlight the magic that is sprinkled throughout this album.

‘Something to Fight’, is the one vocal track on the whole album. Jørgen Munkeby from the band, Shining, lent his unique voice to create one of the most stunning tracks on the record. The level of intensity given to this elaborate and compelling number is impressive. Jørgen matches Marty’s craziness and could remind the listener of Chad Gray’s early days in the band Mudvayne. The weight and constant push of energy gives the listener a lot to digest. The organized chaos reaches its pinnacle with the last track, ‘The Last Lament’. Marty has been on a lot of Japanese television shows and his love for the dramatic is evident in this number. Known for his ability to fuse Eastern and Western music together, he displays his experienced, theatrical song writing ability. It’s a good record with a full 11 tracks on it, yet probably could have been a few less and still have the same effect. Marty is revolutionary and progressive, but a whole instrumental album focusing on guitars can get a bit humdrum. Yet even for running a little long, the man pours all his love into each moment and that alone deserves respect. Everyone, not just Megadeth fans, should give this record a listen.