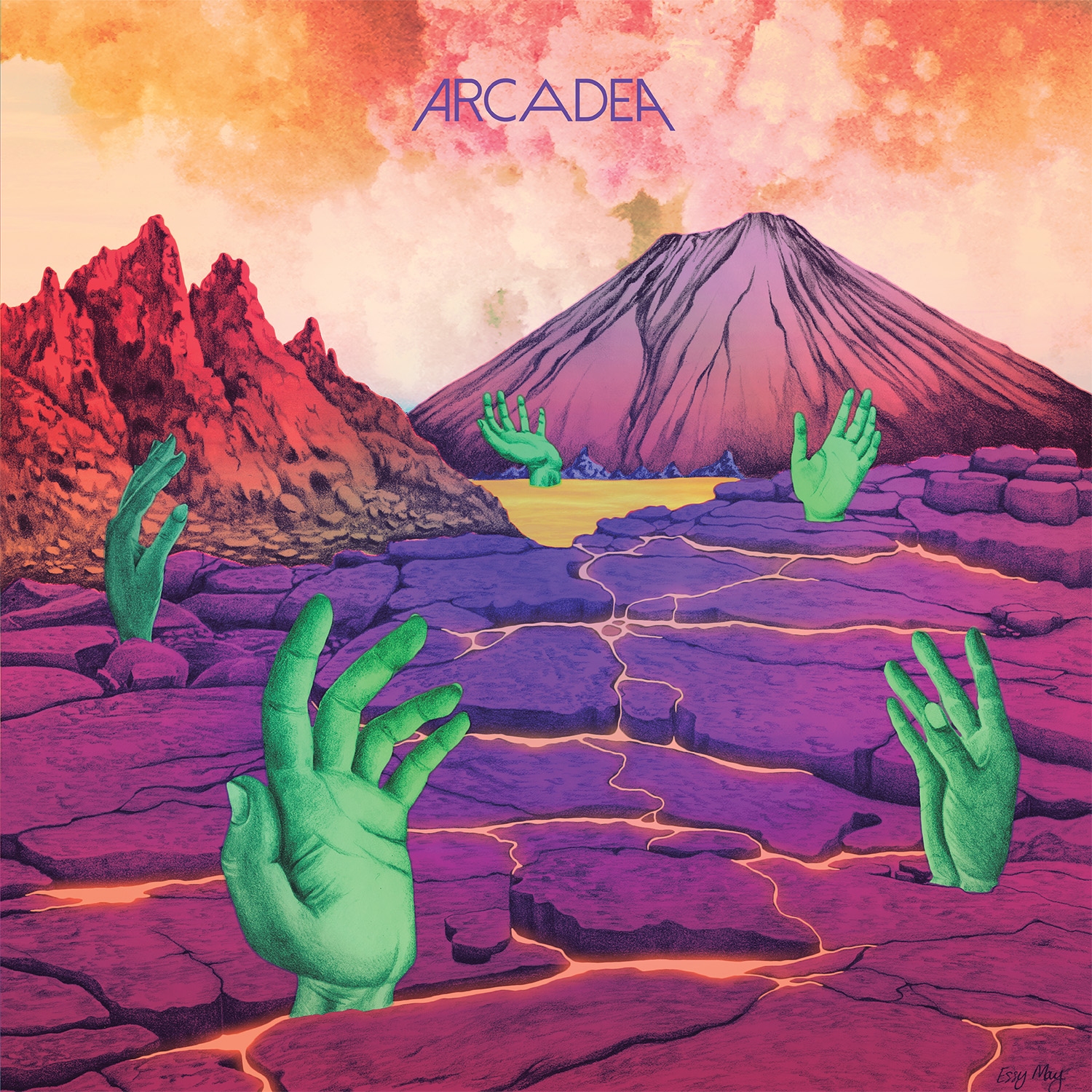 We’re getting some real top-notch experimental prog metal from drum virtuoso Brann Dailor of Mastodon, with the recently released self-titled debut from his new project, Arcadea. Just to give you an idea of how experimental this record is, the only instruments on this Arcadea are drums, keyboard, and synth. You really get a strong idea of what kind of influences Brann has on Mastodon; the high-concept prog that is a fine mixture of metal and synth-experimental.

I think I just came to the realization that Brann Dailor is a better version of Phil Collins; prog-synth drummer that is a vocalist and frontman? It takes a man of extreme talent to put all those strange and off-the-wall elements into one dynamic form. Brann is no slouch on the drums or mic, and now we can see exactly how similar his songwriting is to his drumming. It’s in the form of the unique and overpowering beast that is Arcadea.

The music on the record is as nebulous as a gas giant in the outer reaches of space; you just have to listen to the track ‘Gas Giant’ and you’ll immediately be pulled into this special flow. Arcadea strips everything down to the bare minimum and rebuilds it on the back of the drums and synth, it’s a record that is very different from the norm. This is not surprising, though, as Brann is a very outside-the-norm drummer, and it only makes sense his record would be a reflection of that.

The formula and execution is top notch, however that doesn’t stop the record from hitting the occasional lull or dip. Given that the formula for each song follows a similar path, it is prone to lulling, though the quality and distinctiveness of Arcadea offers more than enough dynamic execution to gloss over the occasional dip.

Since this is an experimental album of note, it should be said that it might not click with those who don’t have prior knowledge and/or interest in either synth-prog, or Mastodon to an extent. It’s driven heavily by the vocals in tandem with the synths or outright led by the synth and keyboard. The synths and keys really kick you in the side of the head with some of these songs, tracks like ‘Infinite End’ and ‘Electromagnetic’ exist in uninhabited form of heavy. It’s almost as if listening to this record is experiencing the birth of an audial being of a new form.

Seriously, that’s not even a hippy exaggeration of the music. The nebulous flow and glowing trance gleaming off this record form the womb that gestates Arcadea. Though the womb is formed, the music is not fully developed, and as is with many debut records, it isn’t just a representation of the band but a promise of what can be.

Arcadea’s self-titled debut is, at its base form, a highly experimental record that pushes the idea of what a band can be, it’s not very often you get a drummer-led, synth focused prog album. What Arcadea executes is more than just a top notch album, it’s an expanding view on music.