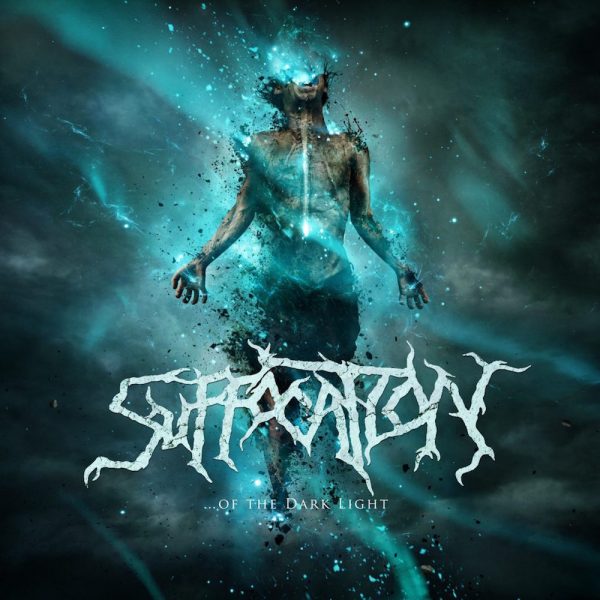 Suffocation has always been a frontrunner when it comes to death metal; their ’91 debut album ‘Effigy of the Forgotten’ being a near flawless execution of the death metal sound, the band is often pinned as having pioneered the NYDM breakdown and it is apparent in all of their albums. The band’s latest album ‘…Of The Dark Light’, set to release June 9th via Nuclear Blast Records, is a melting pot of the classic sound you’ll hear on their earlier records, mixed with few modern metal influences. This precise musical mixture displays that Suffocation still knows how to make a great death metal album, but have chosen to do some slight experimentation without straying away from their brutal roots.

‘…Of The Dark Light’ features two original members, Terrence Hobbs (guitar) and Frank Mullen (vocals), plus Derek Boyer (bass) who has been with Suffocation for over 10 years now, along with newcomers Eric Morotti (drums) and Charles Errigo (guitar). It will be a sigh of relief for fans to know Mullen’s vocals appear on the album considering he has taken a step back from the touring circuit. Mullen’s guttural vocals are murderous yet comprehensible on this record – for the most part, you can make out what he’s saying, however that doesn’t take away from the brutality of the vocal styling. The guitar solos are searing and well thought out, while the riffs remain heavy and complex. With the breakneck speed of the double bass and the utter heaviness of the underlying bass, the rhythm section on ‘…Of The Dark Light’ is a 10/10.

There is a hint of melody throughout the album which creates a near seamless flow as you listen. Each song leads right into the next, and those smooth transitions and overall flow of the album helps bring a sense of unity to the album. As mentioned previously, Suffocation are masters of the NYDM breakdown which is apparent on ‘…Of The Dark Light’. The breakdowns are used sparingly, but just enough to showcase the power and force that it adds to a track. There is a multitude of tempo changes throughout the record which adds a key dynamic aspect. The title track is a perfect example of how the tempo changes are used to break up the tracks. You’ll find yourself thrashing around when suddenly everything comes to a staccato standstill, leaving the rest of the track sounding like a grudging walk through the mud – only to be picked back up seconds after the song ends with ‘Some Things Should Be Left Alone’. ‘Your Last Breath’ is a standout track, and was rightfully released as a single as it is one of the best on the album. The mid-section of the album is where Suffocation is at their best, having the beginning and the end merely promising.

Coming in 36 minutes long, Suffocation’s ‘…Of The Dark Light’ is a death metal punch in the face. This is a great extension of their albums released in the last 10 years or so, and appears to fit perfectly in the band’s musical timeline. It is clear that the band focuses on remaining in the realm of their earliest works while exploring other, perhaps more modern, musical elements. ‘…Of The Dark Light’ shows that Suffocation still reigns supreme when it comes to creating devastatingly brutal death metal.