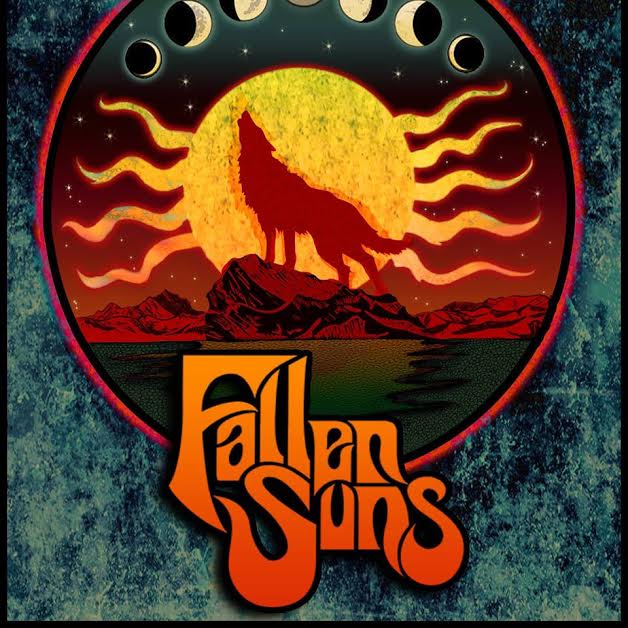 Straight from the first track of their self-titled debut album, Los Angeles band Fallen Suns re-introduces you to extremely powerful groove metal. This album is a winner right out the gate; much like the Phil Anselmo project Down, it strikes hard and heavy with a very concentrated aggression. I don’t pull the Down comparison out of the blue, it’s a very strong benchmark regarding the tone the band brings to the table. Given this is the debut record by Fallen Suns, the most pertinent question regarding the band would be “What do they sound like?”

For starters, they sound great; a fine mixture of a more modern, melodic vocal styling with the “no nonsense” power groove style of Down/Damageplan. It’s enough of a familiar sound to easily pull in new fans with this powerful debut.

The opening track, ‘Break Me’, wastes absolutely no time in shooting your adrenaline up to max capacity. There’s a strange moment of shock at how immediately heavy it is, and then the adrenaline flows. Fallen Suns doesn’t play any games with their power grooves, there are no attempts to build any of their tracks up or develop any atmosphere; and it absolutely works. The dirty, grinding guitars and constant slamming from the drums are the only atmosphere you need with Fallen Suns.

Given that Fallen Suns is presenting their self-titled debut record, there is much to consider. The most important thing in a debut record is a proper introduction to the band and their sound. You want to hear the band’s personality; no amount of mimicking other bands’ sound and throwing tons of crap at the wall to see what sticks can match up to a clear first impression.

Fallen Suns does a great job of standing up and making you understand who they are. Their self-titled debut record is a strong starting point for the bands career; they won’t be fiddling around trying to find their sound. This record strikes hard with an amazingly consistent groove, like a blacksmith striking a hammer upon the anvil with empowering force upon each blow.

Power groove is a fantastic sub genre, power and groove are all of music lovers’ two favorite things. It’s even better when a band excels with the formula. This self-titled debut record by Fallen Suns is plentiful with powerful tracks as they slam into your soul with no regard for your personal space.

Fallen Suns is for lovers of Down and all things powerful and groovy, so essentially lovers of anything good. Make sure you drop this band onto your radar before they fly out of your grasp onto the big stage.