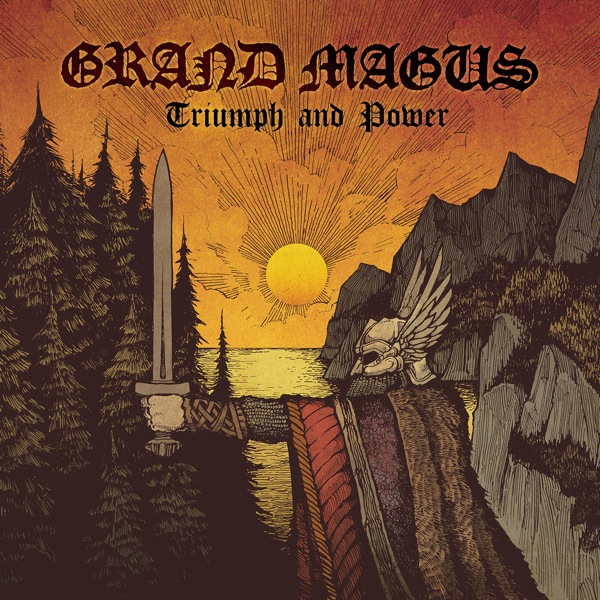 Swedish heavy metal trio Grand Magus have been on a righteous musical path ever since they began their journey as a band in 1996, and building upon the success of their highly acclaimed sixth studio album, the 2012 release ‘The Hunt’, they have just come out with the follow-up album ‘Triumph And Power’. Their second album on the Nuclear Blast label, this one truly takes the band to a higher pedestal, creatively and in all other aspects. In the eyes of many, posting a review two weeks after release date might be redundant, but the world needs to be aware of the greatness that is this Grand Magus album, and hence here is Metal Assault’s review of it.

Grand Magus have undoubtedly gone through stylistic variations in their past albums, ranging from tunes that could be described as stoner metal, doom metal and even biker rock to some extent. But on ‘Triumph And Power’, the epic, Viking-like feel in the music and the lyrical themes is clearly evident from start to finish, and unlike most (or all) other so-called ‘Viking metal’ bands that rely upon visual gimmicks to give the music an image, Grand Magus have solely let the music do the talking. With the opening track ‘On Hooves Of Gold’, the album begins on an unmistakably powerful note, and the listener is drawn into it straightaway. In comparison to some of their recent albums, there is a larger dosage of slow-paced tunes such as the opener, ‘Steel Versus Steel’, the title track, ‘Arv’, ‘Holmgang’, ‘Ymer’ and ‘The Hammer Will Bite’, but instead of dragging the album down, these turn out to be its strongest parts, which simply goes to showcase the songwriting prowess of frontman Janne “JB” Christoffersson and his bandmates. To write a high-impact slow heavy metal song is a much harder task as opposed to just playing fast, and the extent to which every single note on this Grand Magus album penetrates and resonates in the minds of the listeners proves that the band has succeeded in their endeavor to deliver these slow, epic tunes. 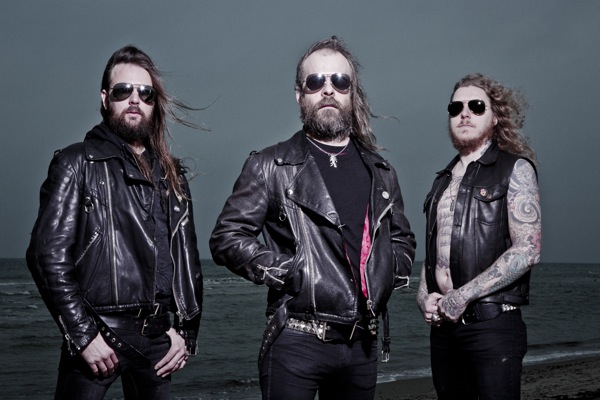 With that said, there is no shortage of up-tempo tunes either, with ‘Fight’, ‘Dominator’ and ‘The Naked And The Dead’ very appropriately placed in the track order to give the album the spark it needs every now and then. Besides, ‘Arv’ and ‘Ymer’ present the more intricate side of the band’s musicianship, with the use of the acoustic guitar, and as a 42-minute slab of heavy metal, this 10-track composition has a brilliant flow to it with plenty of variations embedded within.

Production-wise, the album certainly sounds more organic in comparison to ‘The Hunt’, which perhaps highlights the guitar riffs in a stronger manner while also doing justice to the other musical elements. And to give it the ideal finishing touch, the cover artwork captures the essence and theme of the album with complete perfection.

Songs like ‘On Hooves Of Gold, ‘Fight’, ‘Dominator’ and ‘The Hammer Will Bite’ will undoubtedly go down as some of the best tunes of the year, and on the strength of these and indeed the other six tunes, Grand Magus’ ‘Triumph And Power’ looks poised to become an album that will be remembered for a long time to come. It’s an instant classic, and by all means, true heavy metal perfection.