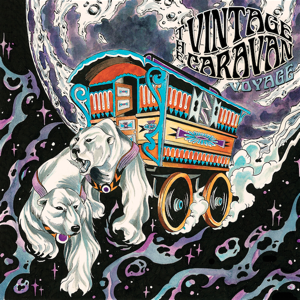 Based out of Reykjavik, Iceland, psychedelic/bluesy hard rock band The Vintage Caravan was formed in 2006 by two 12 year-old kids Óskar Logi and Guðjón Reynisson on vocals/guitar and drums respectively. Upon recruiting Alex Örn on bass, the trio started writing music and playing shows in Iceland, releasing their self-titled debut album in 2011. The follow-up effort ‘Voyage’ was released in Iceland in 2012 but after Nuclear Blast got their hands on it in 2013, it achieved a proper release on January 10th 2014 all across Europe and on January 21st in North America. There’s a plethora of young ‘revivalist’ old-school rock bands in existence nowadays and in the year of 2013 in particular, many of them came out with new albums, some great and others not so much. So, when it comes to The Vintage Caravan’s ‘Voyage’, one would approach it with a sense of excitement born out of the curiosity which automatically rises when the ages of the band members and the name of their home country is mentioned, but at the same time, a degree of caution and skepticism would be justified.

This ‘voyage’ encompasses 9 tracks and lasts for 50 minutes, beginning with ‘Craving’, a lively tune comprising a meaty bass sound, groove-laden drumming, old-school riffs and solos delivered through a classic guitar tone, and vocals straight out of the Ian Gillan school of singing, so to speak. The same approach is applied throughout the album, but the overall tempo varies from one track to the next, and there’s plenty of tempo shifts within each tune as well. ‘Let Me Be’ keeps to the upbeat vibe set by the opener and offers a fantastic guitar solo. ‘Expand Your Mind’, ‘M. A.R.S.W.A.T.T’ , ‘Cocaine Sally’ and ‘Midnight Meditation’ maintain the momentum and continue to treat the listener with subtle musical variations. The album also goes into slower, more psychedelic tunes like ‘Do You Remember’ and ‘Winterland’, and culminates with the epic 12-minute track ‘The Kings Voyage’ which is an apt conclusion, as it envelopes all the musical elements presented in the eight tracks preceding it. 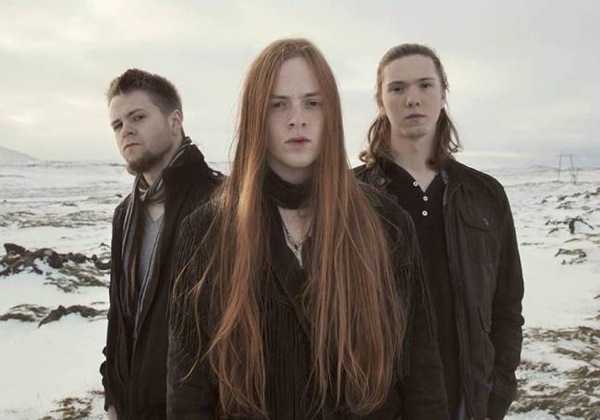 The first impression from the band’s name, the album title and the cover artwork is that of a spacey, hallucinogenic musical offering, an ideal companion for substance indulgence. But this impression is clearly incorrect because the album is almost completely different to that, even though the psychedelic touch is indeed present in some of the tunes. This is simply a good hard rock album reminiscent of Deep Purple with hints of early Black Sabbath and Led Zeppelin at opportune moments, without being a blatant rip-off of any of these legends. Sure, it’s not a reinvention of the wheel and if someone hears these songs without knowing what band it’s from, they might mistake it for Deep Purple, but for what it’s worth, the band certainly achieves what they set out to do with ‘Voyage’, with the impact of the songwriting and the quality of the actual output. The expansion in musical style will come naturally to these youngsters as they mature further with age. But for the time being, ‘Voyage’ is a worthwhile classic hard rock throwback offering for all lovers of the genre.