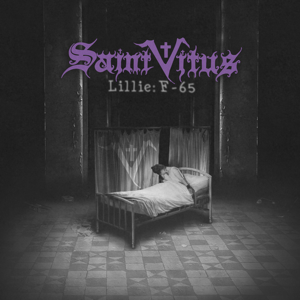 It’s been 17 long years since the last time Saint Vitus put out a studio album, and 22 years since Scott “Wino” Weinrich featured in one. The wait is finally over, as the doom veterans release their eighth studio album “Lillie: F-65”. With Dave Chandler on guitar and Mark Adams on bass, the nucleus of the band remains the same as that on the “Born Too Late”, “Mournful Cries” and “V” albums, and drummer Henry Vasquez is the only new addition to the lineup. While this is a fresh start for the band after such a long hiatus, they’ve definitely eased into it by performing shows during the past couple of years, giving people a taste of the new album by playing songs like “Blessed Night” and a couple others. So the buildup towards this release has been great, and it has only heightened fans’ anticipation. At the end of 2011, I called this the most awaited album release of 2012, and obviously, my expectations from it were quite high.

It largely meets my expectations, and takes listeners into the kind of headspace that will remind them of the Vitus of old. Since this album features Wino, Chandler and Adams together for the first time since “V”, I think it’d be fair to compare the new release with “V” instead of the subsequent albums Vitus put out sans Wino. “Lillie” F-65″ retains the very same qualities that made “V” a classic in the genre. Slow, smooth and depressing, it creates an ethereal atmosphere, and is your perfect companion for a smoke-filled evening at home. As before, the songs still revolve around Dave Chandler’s ominous riffs, and he throws in some distortion and feedback that goes along well with the general structure of the songs on here. The rhythm section of Mark Adams and Henry Vasquez combines aptly with Chandler, giving further impetus to his riffs. And then of course, there’s Wino. Very few heavy metal singers can genuinely say that their voice aged well. Lemmy, Bruce Dickinson and Ronnie James Dio come to mind straightaway, and based on this album, I’d put Wino in the same category. The man sounds absolutely fantastic, and his performance here is bound to leave fans overjoyed. 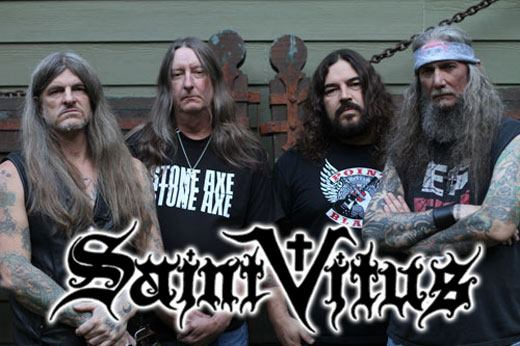 No single track here is complete without the other, so it’d be an act of grave injustice to pick a favorite song from this album. Although it is slow for the most part, the odd bout of speed gives it the necessary perk that carries it forward. It’s the kind of album in which you can enjoy each and every note, and every single word sung by Wino resonates deep into your head. You certainly don’t need a lyric sheet to comprehend and follow these lyrics.

My only issue with the album is a minor one, and it’s the 34-minute duration. I feel that the album uses its initial tracks excellently to build up and gain strength, hitting its peak on “Blessed Night” and “The Waste Of Time”. But then it ends too quickly, in my opinion. While I agree that doom bands aren’t really supposed to write long albums, I think Vitus is an exception, and their music sounds better the longer I listen to it. 10 or 15 minutes longer, and this album would have been the perfect Vitus release. Oh well, there’s always a next time, and now that the band is fully active again, that next album shouldn’t be too far away.

Other than that, Saint Vitus have made a strong comeback with “Lillie: F-65”, an album that revisits the classic Vitus sound longtime fans fell in love with in the first place. The Wino-fronted Saint Vitus is back to spread doom, and it’s time for fans to rejoice.