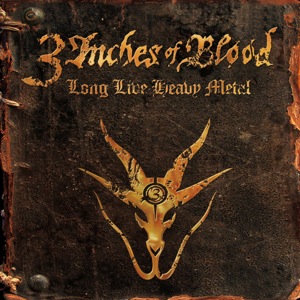 Canadian heavy metal warriors 3 Inches Of Blood have given me some great memories over the past couple of years. I’ve seen them perform in all kinds of settings, as a headliner at Anaheim’s tiny Chain Reaction club, as opening act on the second stage at Mayhem Festival, and at a mid-sized club venue as main support to Eluveitie. Besides their high-octane live performances at these shows, I’ve enjoyed the four studio albums they’ve released over the course of their decade-long career, and the announcement of a new 3IOB album was very exciting for me. As soon as I was allowed the chance to listen to it, a sense of nervous anticipation took over me.

Their music has always been reminiscent of bands like Judas Priest and Mercyful Fate, but this time even the album title is inspired by one of the bands that have influenced them, Rainbow. A direct reference to “Long Live Rock ‘N Roll”, the new 3 Inches Of Blood is titled “Long Live Heavy Metal”. For a heavy metal fan, nothing can be catchier than this title, but at the same time, the title puts the onus on the music itself, and expectations of a ‘true heavy metal’ album naturally rise.

“Metal Woman” gives the album a glorious beginning. A tune that should get heads banging and fists pumping everywhere and every time it’s played, this one is an instant classic. Characterized by frontman Cam Pipes’ epic high-pitched vocal delivery, a solidly heavy rhythm section, and catchy guitar work, it has everything you would expect from a straight-up heavy metal tune. The album goes from strength to strength, continually offering metal goodness that not only reminds the listener of 3 Inches Of Blood’s own previous material, but also of some of the legends in this genre, Judas Priest in particular. Tunes like “My Sword Will Not Sleep”, “Leather Lord” and “4000 Torches” will induce some epic sing-along among audiences when they are played live, and indeed among listeners at home. But, there’s more to this album than mere traditional heavy metal.

Amidst the fist-pumping and head-banging the band is known for instilling, there are quite a few variations, some of which will certainly surprise the fans. The short instrumental pieces “Chief And The Blade” and “One For The Ditch” are two such examples of this variation. Their placement in the album is very apt as well, wherein one briefly breaks up the tempo, and the other brings the album to a sombre end. On the other hand, “Dark Messenger” and “Storming Juno” have a bit of a European power metal vibe to them, which also offers a good change-up from the other tracks. “Men Of Fortune” is the most progressive track on the record, transitioning between signature 3IOB and ballad-type sections. And then there’s an element of thrash in the tunes “Leave It On The Ice” and “Die For Gold”. There definitely won’t be much singing along to these two, and mosh pits will be going full tilt instead. But the biggest surprise is “Look Out”. I won’t give it away, but all I’d say about this track is, it employs the use of some interesting instrumentation. 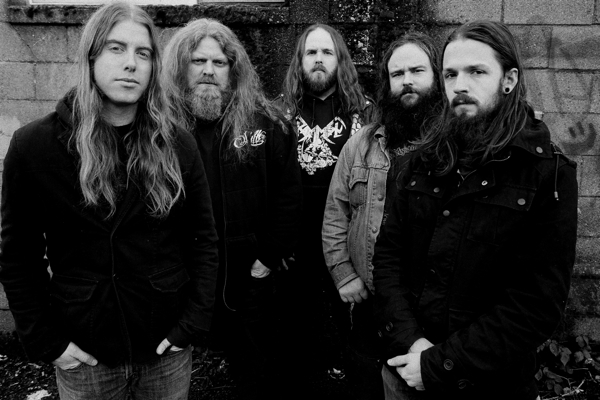 This album didn’t take much time to win me over. The band has incorporated the core qualities of their past material, while taking not one but many steps forward in their musical journey by adding several new things to their repertoire. But most importantly, it promised to be a true heavy metal album, and it really is. Only time will tell whether it goes down among fans as the best 3 Inches Of Blood album released so far, but it certainly is the most powerful and instantly captivating set of tunes they’ve ever written. The power of these tunes will be further amplified when played on stage, due to the addition of Fear Factory’s Byron Stroud, who has now joined the band as bassist.

All in all, 3 Inches Of Blood’s new album is fucking fantastic, and will give fans of traditional heavy metal plenty of reason to rejoice.