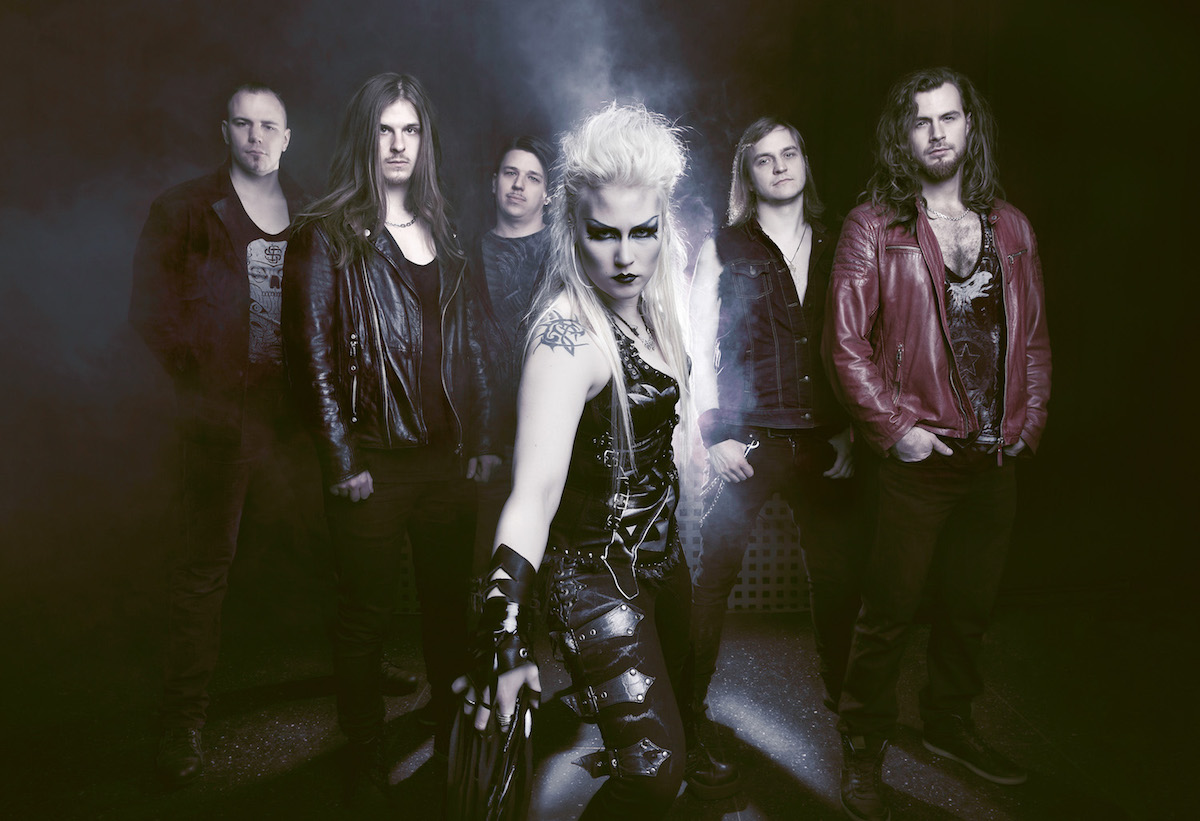 Finnish group Battle Beast was formed in 2005 with one mission: to specialize in catchy old-school melodic heavy metal. They’ve done exactly that in their career thus far, and extending their fan-base with each of their first three albums, ‘Steel’ (2011), ‘Battle Beast’ (2013) and ‘Unholy Savior’ (2015), they are now getting ready to release their fourth full-length album ‘Bringer Of Pain’ on February 17th 2017 via Nuclear Blast. This new effort of theirs clearly draws inspiration from the ’80s, and takes only one listen to make an indelible impact. Battle Beast is also gearing up for their first ever North American tour this Spring. Vocalist Noora Louhimo recently spoke to Metal Assault about the making of the album, the major lineup change, her pre-Battle Beast days, and her love of ‘Scarface’ (the movie) and W.A.S.P (the band). Enjoy the chat below, along with a taste of ‘Bringer Of Pain’, and catch Battle Beast at a show soon!

Noora, it’s good to have you on Metal Assault. So, the new Battle Beast album ‘Bringer Of Pain’ is coming out very soon, and I think it’s only been a little over two years since the last one came out. Would you say that this one came together pretty quickly? It’s great that you’re putting out albums so regularly.

Well, I feel like it’s a pretty normal cycle for doing an album. In one year you do the album and the other year you tour with the new album. At least for Battle Beast it’s normal (laughs). We’ve always been able to put out albums within two years of each other. I would actually appreciate if we had a third year, for a change, because then we would have more time to prepare, do extra bonus videos, have a vacation here and there (laughs). But in the two-year cycle it’s just non-stop work. I had two whole days of vacation, and that was it for me for last year. So, it’s pretty hectic!

That’s interesting, and I guess the main change you have this time is that your main songwriter and guitar player Anton Kabanen is no longer in the band, and you got a new guitar player. Was ‘Bringer Of Pain’ written before that change happened, or after?

No, we actually wrote this new album with the whole band this time. That was actually part of the reason why we had to go different ways from Anton, because Anton wanted to do all the songs and make decisions on everything, and we weren’t willing to do that. We wanted this band to be involved, and have everyone write songs if they want to. We did that with this album. This was really an interesting and exciting and nice experience because we could learn so many things about each other as band members and friends. Of course it wasn’t like dancing with the roses but it was definitely something I want to experience again (laughs).

So, it must have been a very different process to write this album, with everybody involved.

Right, on the previous albums Anton did all the songs. I wouldn’t say that we have always appreciated him as a songwriter, and he is a very talented one. But some of the other stuff didn’t work with him. But yeah, this time we actually had our new guitar player Joona also write songs. I think he did four songs on the new album, and our keyboard player Janne did seven. There is one song that I wrote with Joona together, and it’s actually the title song ‘Bringer Of Pain’. And then our bass player Eero did two songs for the album, and one song was written by Juuso, our other guitar player.

That’s great. I think your music is very catchy and that’s what I like about it most. Is that something you do purposely, or does it happen on its own?

(Laughs) I think it might be part of the Battle Beast magic. As you can see, the music doesn’t get done just by one person now, it’s done by several persons. But we still actually understand what is the Battle Beast sound, and I think the sound comes from the band, and the way that we are thinking together. I guess our attention has always been to do good music, and that is the basic thing. So, let’s just do good music that we like, and if someone else likes it too, it’s just bonus, you know (laughs). 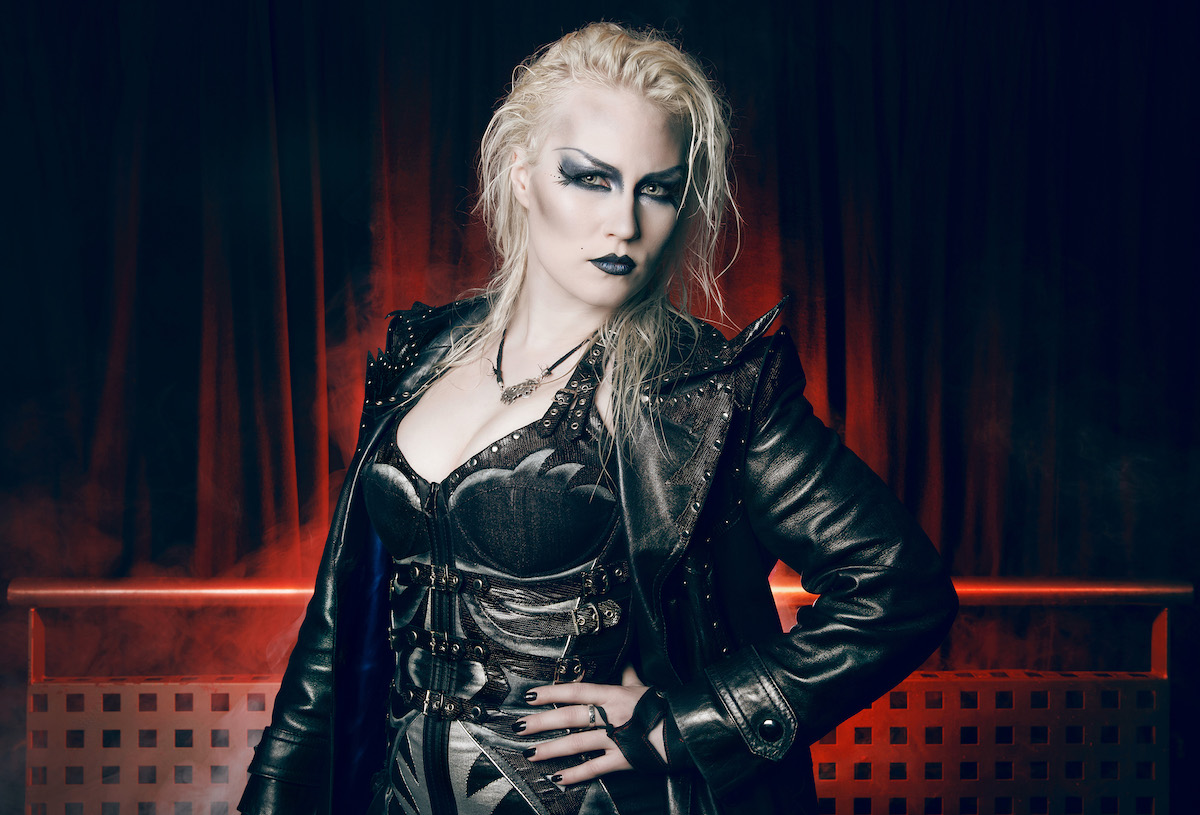 Obviously there was already an album which the band released before you joined the band. I was always curious, and just for readers who may be don’t know the band as well, how did you come in contact with the band and how did you become the singer?

Long story short, and I’m really bad at short stories (laughs), but I’ll try my best. But yeah, the Battle Beast guys actually found me on YouTube, singing Janis Joplin. I started my singing career singing Janis Joplin’s music, and someone had put this clip on YouTube. By accident, Anton saw this clip and suggested the guys to take me into the band. Then Anton called me and asked if I wanted to join the band, and told me the situation that we had about a month’s time to rehearse because we were going on a tour with Sonata Arctica, and they had already started recording a new Battle Beast. So, you could say it was pretty hectic times back then (laughs). And on top of that, I had never sung heavy metal before Battle Beast, so it was a totally new area for me, even though I had been listening to heavy metal music since I was 15 or 16 years old. But it was new for me as a singer to do heavy metal.

Right, and on the ‘Unholy Savior’ album, you guys did a couple of covers as bonus songs, ‘Push it to the Limit’ (from the ‘Scarface’ soundtrack) and ‘Wild Child’ (W.A.S.P.), which are two of my all-time favorite songs. You guys did a great job on those. What was it like for you to sing those tracks? Did you enjoy that experience?

I love those songs! I had not heard ‘Push it to the Limit’ before, but because I love the movie ‘Scarface’, when I heard the song I was really excited, and I helped with the song arrangement with Anton back then. ‘Wild Child’, well, Blackie Lawless from W.A.S.P. has been one of my biggest idols, so it was just an honor for me to do that song, and I just hoped that I could do justice to that song (laughs). That was a really nice song to do. I actually met Blackie Lawless in Barcelona a couple of years ago, in the backstage of Rockfest Barcelona, and I told him that I have done a cover song of ‘Wild Child’ with Battle Beast. He asked if it’s good, and I said, you have to go and listen to it and tell me! (laughs) So yeah, it was cool to meet one of my biggest idols.

That’s awesome. So, you guys have your first ever North American tour coming up. That must be a big accomplishment, because it has taken a long time to happen.

Oh yes it is, and we are really excited about coming to US and Canada because I know that we have been awaited there, and we have been waiting to get there. It’s a dream come true, and I’m so sure that the tour is going to be great. I’m really excited to meet all of our fans, and hopefully new fans that are coming through this new album.

And you’re doing this tour with Sabaton, whom you’ve already toured with in Europe, so that must also make it an easier prospect for you to tour here because you’ve been with those guys for a period of time.

Yeah it’s definitely easier because we know what to expect. They are good guys and we had no problems with them whatsoever when we were touring with them before. So, it’s going to be a really nice tour for sure, because they are very down to earth, no diva stuff at all. On the Europe tour, they actually came to our bus sometimes because they were bored in theirs, to have a party with us (laughs). So, I think it’s going to be great, and of course I’m also excited to meet and get to know Leaves’ Eyes.