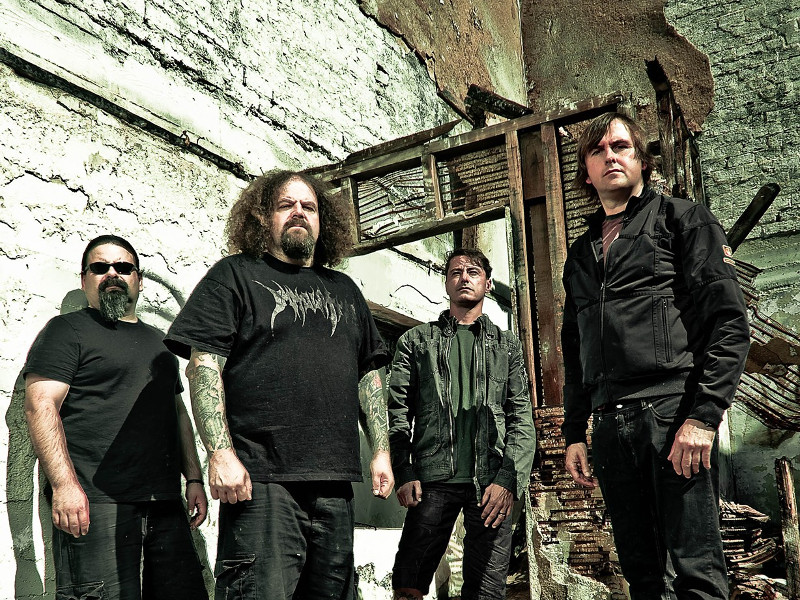 British grindcore legends Napalm Death are currently bulldozing their way through North America on the ‘Abysmal Predator’ co-headline tour with The Black Dahlia Murder, also featuring Abnormality as openers on the entire run and Misery Index, Power Trip and Pig Destroyer on select dates. The tour served Los Angeles a great show last Friday November 4th 2016, and before the show, Metal Assault sat down with the ever-articulate Napalm Death vocalist Mark ‘Barney’ Greenway to discuss his thoughts on this lineup and various aspects of tour life. Enjoy the conversation below and catch them on the ‘Abysmal Predator’ tour this November.

How are you doing today, Barney?

I’m doing alright, man! I’m doing something that I rarely do. just lurking in the backstage area, all by myself. Who knows why, but this a huge expansive space yet nobody is in it. Some of the other bands, probably out of politeness, just won’t come in, even though there are no exclusions on our tours.

Have you been to the Regent before?

Not that I can recall, so probably not. I walked through there a little earlier and there were already a lot of people, so it should be a good one!

The setup here changes depending on what band is playing, but tonight they don’t have a barricade in front of the stage. You probably like that better, right?

Oh yeah. Every show we’ve done on this tour so far, we’ve had barricades. Don’t get me wrong, I understand why it’s done in certain situations where you’ve got PA stacks that aren’t fixed, and the last thing you want is for one of them to come down on somebody. I get that. But generally speaking, barricades have this habit of sucking the energy out of the front rows, and I just don’t like it. I like people jumping on stage, I like grabbing hold of people and shaking them (laughs), and it just generally makes things more fun. It’s more random, it’s more spontaneous, it’s better all round. 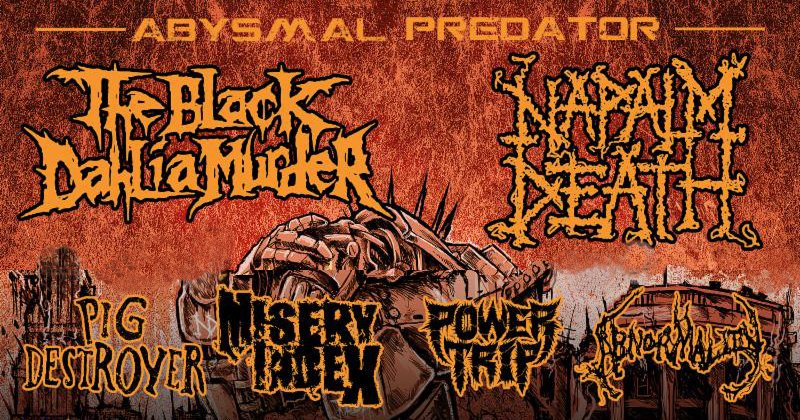 This is a co-headline tour with The Black Dahlia Murder and I believe you have a history with those guys, going back a few years and touring together.

Yeah, we just happened to be on a tour together, which was about ten years ago now, I think. And we’ve just kind of known each other through that. They’re nice guys, and scumbags like us, generally speaking (laughs).

Of late, you’ve been doing shows in the US with a bunch of different kinds of artists, like Faith No More, Melvins and Melt Banana. But this is like a full-on metal tour. It must be good to get back to familiar territory.

Well, actually I wouldn’t say that. We always do all kinds of stuff and that is the best position to be in, because you don’t want to be tied to one thing. The tours that we usually do are more mixed. They have, I guess you could say punk/hardcore type bands and then metal bands as well. So, doing 100 per cent metal tours is not common for us, actually. But at the end of the day, everything has its place and you don’t want to exclude anybody, really. You try and do as much as you can, and when you’re in the privileged position to play across the board, that’s a situation a lot of bands would like to be in.

Besides The Black Dahlia Murder, you also have all these other bands on this tour, Misery Index, Abnormality, and Pig Destroyer and Power Trip, who’re both joining the tour later. It also must be inspiring in a way to give your best, because these bands are definitely raising the standard, playing before you.

Sure enough, but my thing is always to give the best, no matter what. For me, instead of doing what we do in a 50 per cent capacity, I’d rather stay at home than inflict that on somebody. At the end of the day, people that come through these doors or doors anywhere in the world, they can easily save their 15-20 bucks and go do something else. So, whichever band you’re in, you should always be ready to give 100 per cent. It’s not a competition thing. Everybody should be doing that. I don’t feel pressured from other bands, because I know that Napalm Death will always do what it needs to do. Hopefully that doesn’t sound arrogant, because it’s not meant to in any way, shape or form. It’s just the understanding that we’re here to do what needs to be done to full capacity and nothing less than that.

You do these tours often, and this is the second full US tour of 2016 for you, if I’m correct. You go through the same cities for the most part. Time permitting, do you try to get the local flavor of the town you’re in?

I try to. The one thing is, it’s very easy to get stuck in a rut on tour, just hanging around and all the rest of it. I’m as guilty of that as anybody, no question. But yeah, I do try and get out and have a look at what’s around locally. I generally succeed. When you think about it, to be given a chance to see the world is a chance that 99 per cent people will not get. So you do have to take advantage of it. You’d be foolish not to.

Right, exactly. So, what you do like doing on tour when you get some time to yourself?

Reading is my big thing. I spend a lot of time reading, and not electronic devices either, proper books. I always try and buy used books from secondhand stores. But quite a bit of my time is taken up doing some of the structural things of Napalm Death that people don’t always see on the surface. It takes a lot of my mental space (laughs).

The way the music industry is now, bands have to tour more often than they used to, just to earn your keep. Have you noticed that with Napalm Death in the recent years of your career?

Yeah, well, actually for Napalm Death we’re quite unique, in the sense that we’re selling more records and CDs than we ever did, in contrast to a lot of bands. Again, that’s quite a privileged position to be in. It doesn’t produce huge amounts of royalty and it never did, and as you quite correctly pointed out, touring, as much as it is about getting your band out there and playing to the full potential, it also does put the food on the table. So yeah, there is that consideration to it, but we’re ready for it. Somehow over 30 years we’ve managed to deal with some of the difficult sides of touring. Mentally it’s very challenging. You’re living with the same people in a metal tube for weeks on end. That’s not easy in terms of the human psyche. But doing it for so long, we’ve learnt to be tolerant of people who don’t necessarily have the same habits as us, and I’m talking on an individual level. We make it work. You understand that everybody needs space and time to their own, so it’s not a bad thing if people go and do their own thing in other parts and places or whatever.

So, it’s not come to the point for you guys where you feel like you’re touring because you have to.

I can only speak for myself but I’m fairly confident the other guys will tell you the same. If it came to that, I wouldn’t even be sitting here and talking to you right now, I’d stay at home. I have no desire, whatever I’m doing in life, to do it half-cut. I’m not interested in that. I like living life to the full. Part of living life to the full is doing things to the full, like embracing life. In real terms, it’s a short fucking time on this earth. Make the most of it while you can.

So, this is a three-week run which ends on November 21st, and after this I’m sure you’ll take the rest of the year off. What’s in the works for 2017?

We’ve got some more dates already booked in for next year, but we want to think about doing another album. However that pans out, I don’t know yet, but that’s the general plan.