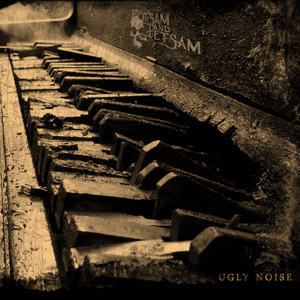 Phoenix, Arizona’s thrash/speed metal veterans Flotsam and Jetsam have been going strong for the past 30-plus years, and in their early days they were quite an influential force in their genre. Over the years, they added various other elements in their musical style but still maintained a cult fan-following. Their upcoming 11th studio album ‘Ugly Noise’, the first on Metal Blade Records after the 2001 release ‘My God’, is an apt representation of the band’s musical journey through their career. It has a bit of everything, including thrash, power and progressive metal, all combined excellently to create a polished sound which gives it a modern touch and renders it relevant in present-day metal. In addition, it features the return of original members Michael Gilbert on guitar and Kelly David Smith on drums, who haven’t recorded with the band since the 1997 album ‘High’. Earlier today, I had the good fortune of speaking with vocalist Eric ‘A.K.’ Knutson to discuss this new album, the lineup changes and more. Check it out below.

I’ve listened to the new album ‘Ugly Noise’ in its entirety a few times, and I’m definitely liking it so far. Where would you put it in the band’s discography, in terms of the musical style?

It kind of seems to be like it should be the next natural record after ‘Drift’. It would have been if we kept all the same members from Drift. This would have been the next record out after that, basically. So there’s just a little block in there of trials and tribulations of the band, but we’re basically starting back up where Drift left off.

The return of Michael and Kelly seems to have made a huge impact on the sound then.

Yeah! Back before they left the band, everything songwriting-wise came very natural to us. It was very easy, and it seems like the minute they’re back in the band it went right back to that. The songs just kind of roll right out, the parts fall where they fall and it ends up being true Flotsam.

Exactly. So, usually the album title question is something I don’t even ask these days because it’s kind of generic, but this title Ugly Noise somehow stood out to me. What’s the idea or reason behind it?

According to most of the music listening world, metal is ugly music, and we’re the noisiest metal you can get, I think (laughs). The lyrics of the song are ‘ugly noise and beautiful lives’, so even those the music is ugly noise, the life we lead behind it is pretty beautiful. So the title meant a lot to us and that’s why we went with it. 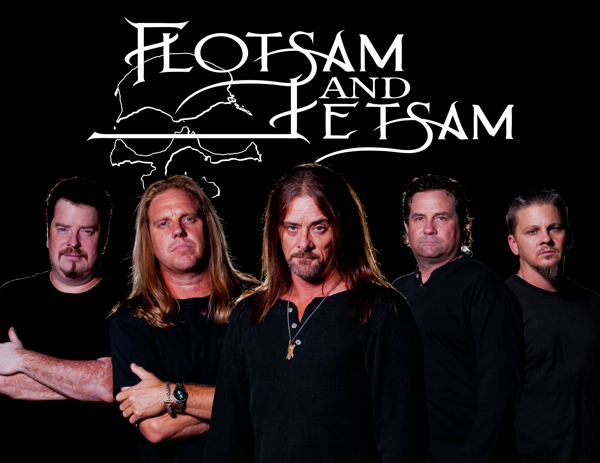 That’s perfect! I also read that for the recording of this album you had some kind of fundraising campaign going on. How did that go?

We went with Pledge Music, in which basically the fans buy the record before it’s made and we use the money to record the album. They get first shot at hearing it before it’s even out. It also leaves us owning everything, owning the rights to all the songs on the record, what happens to it and where it goes, and that’s something we’ve never had before. So that meant a lot to us and it just kind of tightens up our fan base and our band altogether. They get to be a part of the record. During the whole time of the recording we’d send them updates, videos and pieces of songs, and the fans who pitched in to pay for the recording actually get to be part of the process. It turned out pretty nice for us.

This time you’re also returning to Metal Blade, after a while! How’s that feeling?

Well, there’s a lot of things that people don’t know about recording and putting a record out. One of them is how do you get it out to the rest of the world. The easiest, most natural and most comfortable way for us to get it out was to have Metal Blade distribute it. We’ve been dealing with them forever, we trust them, we know exactly what they’re like and what they’re about, most of Metal Blade are big Flotsam fans, and it seemed very comfortable and very natural to have the record distributed by them. But we still own the rights to the record and we’re basically our own record label. We just signed a distributing deal with them.

Looking at the album’s cover artwork, I think it represents the title Ugly Noise, with the broken piano. Whose idea was that?

I think Mike found that photo online. A fireman took it right after a fire. The keys were still smoldering in the background and you can see some smoke there. So that was an actual ugly noise event unfolding live when somebody took a photo of it. We decided that it pretty much fit the song and the vibe of the whole record.

It sure does! I also read about Jason Newsted has co-written some of the songs. Is that true at all? Which of the songs has he worked on?

He wrote the lyrics on a couple of songs. Jason comes by every ten years or so, takes us out to dinner and jams with us. We hang out and just have a good time. This time he got together with Mike and sat down with him. Mike had some songs and said to Jason, ‘Hey, how about you throwing some lyrics on there for me?’ Jason came up with the lyrics and the melody lines for it, and we really liked them a lot so Jason was like, ‘These are yours!’

That’s awesome. Was he ever planning to rejoin the band or was it always just meant to be a small contribution?

I don’t think he planned on rejoining. I don’t think that was really in any of our major thoughts. Where Jason is at now with his new Newsted project is I think where he needs to be. It’s all him. The songs are all him, the business is all him, the face to the public is all him, and that’s really where he needs to be. I think he’s happy that the music on the record sounds to me like Jason. I know the guy, I’ve hung out with the guy and when I listen to those songs, it completely sounds like him. So, I think he’s in a good spot for him, I think we’re in a really good spot for us, and to join the two might take away from us and might take away from him.

I have to agree, and that’s a good way of putting it. So coming back to the lineup, the two original members rejoined a couple of years back, and Ugly Noise is their first recording since the return but they have been with the band for a bit. That must have helped while writing the album.

Yeah, we weren’t really sure how the writing process was going to go. It’s been a lot of years. But it was like putting on an old comfortable shirt. It really just fell right into place. The songs just flowed out of us. We’re looking forward to actually starting another one right away.

Oh, so are you going to write another new album soon?

We’re planning to write, record and tour until people tell us that they’re going to quit letting us do it (laughs). We’re a 100 per cent back, we’re going full force, we’re going to try and cover the whole world and make sure nobody hasn’t seen us, and we’re going to put out as many records as the public will let us put out.

That’s the way to do it. But what can we expect in the near future? The album is coming out next week. After that, are you doing any shows immediately?

We’ve got a couple of US festivals that we’re doing. After that, we’re kind of waiting for the record to come out because we want to get on a support slot for somebody bigger and in order to do that you need to have some new material out for them to see that there’s going to be a push. So we’ve got a couple of tours that we’ve put up for. We don’t know yet if we’ll get them or not.

Right, and you actually did a US tour with Testament and Overkill last January, which was a long time before the release of this album. Was that just to kind of get back into the groove of touring again and get used to the band’s lineup?

Oh yeah, the Testament tour was a perfect little tour for us! It got us out on the road, kind of knocked the cobwebs off, and we got to see if we could still stand living with each other and everything went beautifully. Everybody got a small taste of what Flotsam was still about, and it set us up in a good spot for when the record comes out we should be able to catch on a bigger tour somewhere.

The last question I have for you is, the band has been around for so long and what happens with a lot of the older bands is that the vocalist cannot keep up with the voice he (or she) had in the early albums. But I think you have succeeded in keeping yours intact, and that’s very important for fans of the old material. In your own opinion, have you maintained your voice well enough throughout these years?

It’s actually a lot harder for me to keep up with the new stuff that we’re doing! The old stuff I’ve been doing it for so long, and I don’t know if my voice has callused in the right spots or what, but it’s really not that difficult to do the older stuff. The new stuff takes a lot more push out of my throat than anything else.

So, do you have to practice the newer stuff more?