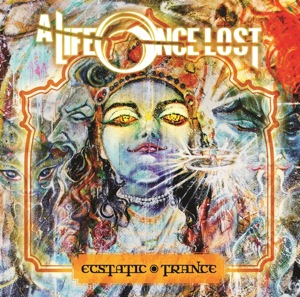 Philadelphia-based heavy groove metal band A Life Once Lost have been around for more than 13 years, and after five solid studio albums they broke away from the path they were on and decided to embark on a new adventure with the sixth album ‘Ecstatic Trance’. The name is a pretty good indicator of what the music’s like, even though it still retains some of what the band did in the past. A few months back, I did an interview with guitarist Doug Sabolick for my Guitar World column, and a week back, just as the band was set to begin a North American run, I called up Doug again to talk about this upcoming tour and recent developments. Just like the last time, Doug was open and honest about everything I asked him. Read the conversation below, check out the ‘Madness Is God’ lyric video, and visit the band online using the links at the bottom.

I was just checking out your facebook page for new updates and stuff, and you’ve just posted the link to the video footage from last year’s Scion A/V Season Of Mist showcase gig. It must be good to have support from a company like that. They’ve been doing a lot for metal.

Oh yeah, it works out great for us I think. I mean, I didn’t see the footage yet so I don’t know if it’s good, but that show was actually the first gig we played with our two new members. So it was kind of a stressful situation that we were getting put on that show as our first with this lineup (laughs).

Wow, so that was the first show with your current lineup? That would have been some pressure, with the gig being recorded by Scion and what not?

(Laughs) Yeah it was a little bit of pressure but I think it turned out OK.

And of course, you also did the tour with Revocation which is when we spoke last time. Did you guys work yourselves out together during that tour and become more used to being on stage with each other?

Yeah, it took a few days but now everything is fine and the band is better than ever. So it was just like taking a little step back to take ten steps forward. 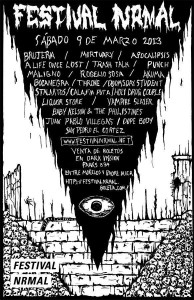 You also have a tour coming up, which would probably have started by the time this interview goes up. What kind of tour is it, your own shows or some support slot?

The tour coming up is going to be awesome. We’re playing a few shows on our way down to Mexico. We’re playing the Festival Nrmal down in Monterrey, Mexico. We’re playing with Trash Talk, Brujeria, Mortuary and a bunch of Mexican bands, and I’m really looking forward to it. We haven’t played Mexico in a couple of years, but every time we went down there it was always bananas. We have 2-3 days down there, we’re going to play the show, then come back up to Texas to do South By South West (SXSW). Their schedule is packed with a bunch of shows, so we’ll be there for a few days and after that we’ll be out with Author & Punisher which is like an industrial doom project. We’re doing a week and a half with them.

You said you’ve been to Mexico before, and I can imagine the people there being crazy for metal, but what exactly is it like? Are they receptive to all kinds of heavy music, kind of like Europe?

Well you know, honestly it’s been a while since we’ve been down there but I think so. We’ve always had people online telling us that they’re from Monterrey. I think they’re excited because we’re not doing it for any reason other than we want to get down there and play for the people. We’re driving down to the border, getting picked up in a van and they’ll drive us the rest of the way. So it isn’t some rockstar shit or anything like that. When you do it for the right reasons, I think people respond to that.

Exactly. You also mentioned SXSW, where they have all these showcase events and such. How much does it help a band like you to get visibility and exposure amongst the ‘industry’ people?

You know, for us it’s not necessarily about getting the exposure. That’s not really why we’re doing it. The reason we’re doing it is because we’ve been around for a while and we just like to let people know that we’re still doing it harder than ever. New bands get hyped up because they’re new bands and people want to talk about how good they are, and that’s great, but we want to let people know that we’ve been doing this for a long time and we’re still pretty lethal live. So that’s the main reason we’re doing it, for our personal peace of mind. 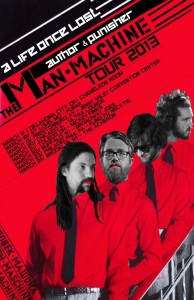 When you have these new bands, and sometimes it so happens that even though you’ve been around for longer you have to open for newer bands because they might be more popular. Does that get frustrating?

At times it can get you down, but in the big picture you should only really worry about what you’re doing, not about what other bands are doing. We’ve opened for tons of bands and for a lot of them I can definitely say that they’re pretty horrible bands. So yeah, when I’m opening for a band that’s not even good in my opinion, it can get frustrating but on the other hand, as long as you’re OK with yourself and you know that you’re doing your own thing right, you can’t let it get to you.

Recently, I saw something on the ALOL facebook page which kind of attracted a lot of attention. It was all about the IndieGoGo stuff where you criticized people who basically ‘beg’ for money. First of all, was that you or somebody else from the band?

No, it wasn’t from me. That was Bob, the singer. He feels the way he feels, and to be honest I don’t really feel the same way, so it was kind of funny that I’m like wrapped up and my name’s being chopped up about things that I don’t even really care about. It’s like what I was saying to you earlier about just being fine with yourself and not worrying about what other people are doing. That’s kind of how I see it. If a band wants to do that, and they put out an album that really touches the fans and they want to repay you by giving or donating money to you or something, I don’t see there anything being that wrong with it.

I guess it’s like, if the band is giving something in return to the people and asking for money, it’s more of a purchase for the fans rather than a donation.

Yeah, that’s how I see it too. I mean, Bob has opinions about it and I do think some of his opinions are valid. I think certain bands are more ignorant about it than others. What some bands offer in return for the money is a joke. Like for example, do you as a fan want me to call you personally on your phone in exchange for money? Big deal! I wouldn’t pay money to have anyone call me on the phone. 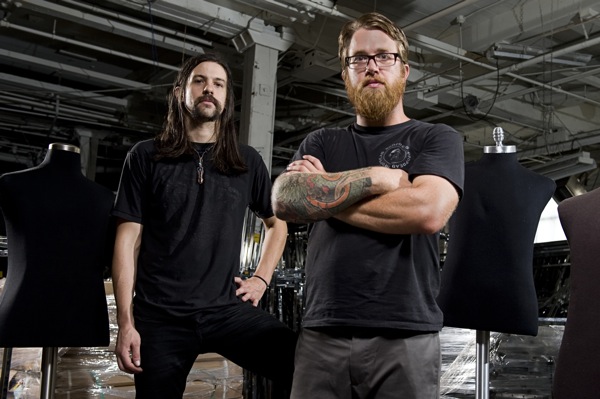 Absolutely! So, after this little run of dates that you have, what are you planning? More shows and tours to support the album?

You know, we just got this big festival offer, not a touring festival but just a one-off thing in June that we’re doing. I can’t really announce it yet, but yeah we’ll be doing that. We want to be out there on the road, but it’s just a matter of going out with bands that we actually think are legitimate. We’ve kind of put ourselves in a weird corner with our last album, it being kind of different from what’s going on in metal and what’s popular. It’s almost kind of anti-popular, but there are a lot of people who get that and it’s more about finding bands who understand that. We just want to keep going out with bands that we think are credible and heavy, and not just the flavor of the month. That’s kind of hard because I can count credible metal bands on my hands.

So, would you be prepared to wait if a tour with such a band doesn’t come along for a while?

Well, in that case we’ll just go out and headline. We need to keep some level of credibility I think. We’ve done it before where we’ve opened for bands in the past that were a bit like ‘flavor of the month’ and yeah, we got a few good shows and may be in the long run it’s better but at this point we’re not necessarily doing it for the money. We do it for the respect.

When you’re not on the road, what do you occupy your time with? Do you do something in the studio, or just regular daily life stuff?

I’m already writing a new album. It’s going to be an extension of what ‘Ecstatic Trance’ was, and it will be going even further into tribal things. I don’t know whether it’s a typical A Life Once Lost album or not, but it’s pretty much where Ecstatic Trance left off. That’s basically what we’re doing, moving forward, making the live stuff better and, you know, just jamming.