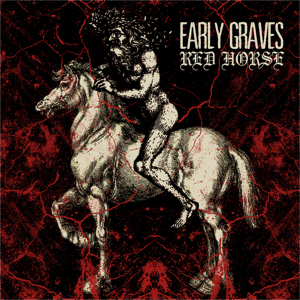 San Francisco-based metal band Early Graves are releasing their third studio album “Red Horse” today, on October 30th 2012, via No Sleep Records. After the tragic death of their vocalist Makh Daniels in a van accident in 2010, the band recruited John Strachan from The Funeral Pyre as their new vocalist, and played a few shows in 2011 before writing this new record. To support this release, they have just completed a US touring run including a 32-date tour with Skeletonwitch & Havok, and a few headline dates. A few days ago, while they were still on tour, I caught up with guitarist Chris Brock to discuss the making of the new album, the US tour, change of vocalist, and lots more. Read the conversation below, and visit the Early Graves facebook page for more info.

First of all, how was the tour with Skeletonwitch?

It was amazing to tour with Skeletonwitch. We were playing in front of people who had never heard of us before so that was awesome and in general the dudes in Skeletonwitch are amazing people and a great band.

Their music is a little more on the extreme metal side whereas yours is based on thrash and hardcore elements. Sounds to me like an interesting combination of bands. Would you say you won over some new fans on that tour?

I hope so! I think we definitely made some new fans. We are a pretty extreme band so hopefully people got it!

On the tour, you played 32 shows in 33 days! How did you cope with such a grueling schedule? Was that something you were used to from past touring experiences?

We did more than that! We did about 54 shows in 58 days. It was awesome to play every night but it certainly can become a Groundhogs Day experiance where everyday starts to feel the same. We have toured extremely heavy in the past, so it wasn’t difficult if that’s what you mean.

In your opinion, was the tour sufficiently well routed to pull off that kind of a schedule?

Yeah for sure. The tour did 6 shows alone in Florida so the drives weren’t too bad. After we left the witch tour, we drove 1300 miles from Little Rock to Brooklyn to play the CMJ MEtal Sucks/Metal Injection/1000 Knives Pig Destroyer show. That drive sucked but it’s all good. You completed that run of dates two weeks before the album’s October 30 release date. Was that an issue when it came to playing the new material, as people wouldn’t have been familiar with these songs?

We actually did a bunch of shows prior to that tour and a bunch from that tour, so we have been out basically 2 months straight. We played the new songs 1 month after completing recording and were playing 4 new songs live. I think people dug it who hadn’t heard us and those that had were glad to see us playing new songs for sure. The new songs are
heavy and fast, so its not like it was a major jump.

Talking of the new album ‘Red Horse’, the first question is kind of obvious: Do you think the change of vocalist has made a big difference, or has John Strachan pretty much fit in to what Makh Daniels did on previous albums?

It’s been a huge difference in our sound but I don’t think it was something done with much thought in mind. John works really well with our band. He has sang on our records before as well. I have nothing but positive things to say about John’s voice fitting in our band. It
is definitely different than Makh, but it really had to be if you ask me.

I was actually in attendance at your first show with John last year in LA. At that point, had you already decided upon him as your next permanent vocalist, or was it more of a trial run?

Because of what happened with Makh Daniels, has your grief and frustration reflected on the music you wrote for this new album?

Certainly. We were sad and pissed when writing the album. It was really difficult to not have Makh there as a friend, so that certainly played a factor in writing the music. 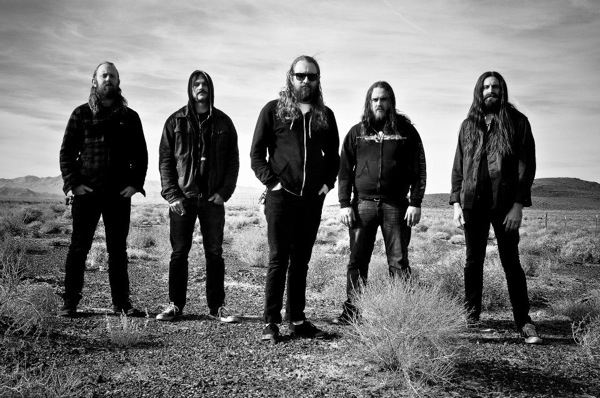 It’s quite sad to read about van robberies and accidents, and it seems to be happening a lot to metal bands in particular. Not that I wish for the ‘richer’ musicians to suffer the same fate, but isn’t it ironic that it happens to metal bands who’re working their asses off just to follow a passion and not for much financial gain?

I don’t wish anything bad to happen to anyone on tour. Being on tour is not easy no matter what the circumstances are.

Coming back to ‘Red Horse’, quite a few reviews of it have been saying that The Funeral Pyre has broken up, but the band has clarified that it’s not the case. Do you think Early Graves will go through periods of inactivity when The Funeral Pyre makes a new album and then tours to promote it?

I have no idea. I am in the Funeral Pyre as well. We are working very hard on a new album as well!

This album is your first on No Sleep Records, with whom you signed earlier this year. I must say, it’s definitely not the likeliest label I thought you’d go with. What brought you to that decision to sign with them?

All the labels who people “think” we should sign with didn’t want to sign us. Some had too many bands, some didn’t like what we were doing. No Sleep liked our new songs and didn’t make us jump through 1,000,000 hoops like a fucking toy monkey in order to help us make a new album.

What plans do you have after completing this fall tour?

We recently finished work on our first video and that should be out soon. Check out our new album RED HORSE.