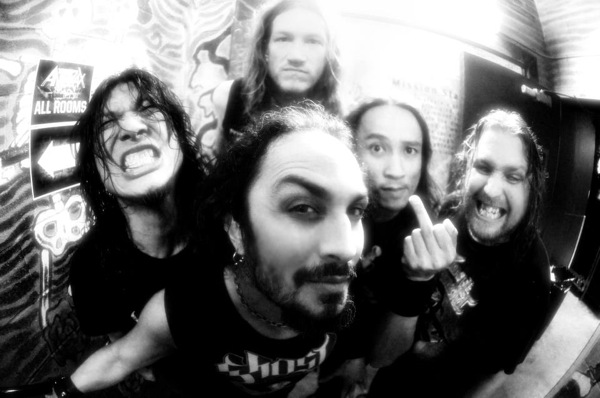 This year, San Francisco Bay Area thrash legends Death Angel are celebrating the 25th anniversary of their debut album “The Ultra-Violence”. They have issued a remastered version of the album, and they just about to finish a US tour on which they’ve been playing the album in its entirety, with support acts Threat Signal, Bonded By Blood and Wretched. Last night, on Friday October 19th 2012, they played at the Whisky-A-Go-Go in Hollywood, and our man Avinash had a detailed chat with guitarist Ted Aguilar to talk about the Ultra-Violence and other things. Check out the 20-minute video below, and visit the band’s official website for more info.