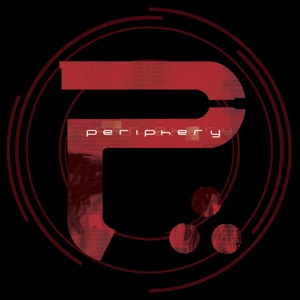 After a massively successful self-titled debut album that put them on the global metal map, progressive metal band Periphery is back with their sophomore album, simply titled “Periphery II”. An album that should appeal not only to Periphery fans but also to general fans of progressive and experimental music, it comes out digitally in Europe via Century Media Records on July 2nd, followed by the physical release on July 16th. Last week, I called up guitarist and mastermind Misha Mansoor to discuss this album, the band’s recent Download Festival experience, and lots more, and he was kind enough to take the time to answer my questions, even on his vacation day. Enjoy this light-hearted conversation below, check out the “Scarlet” single using the YouTube player embedded near the bottom of the page, and visit the band’s facebook page for more info.

Oh man, it was awesome. You know, festivals are stressful until you actually go up on stage (laughs). We end up doing press all day, just running around, and for some reason I end up doing it with almost no sleep. I usually feel kind of crappy right before I go on stage, and I’m like, oh man, I’m going to pass out. And then, I don’t know, we just have the best luck with festivals. The crowds always just re-energize me and I have such a good time playing at Download. It’s so much fun.

That’s great to hear, man. Interestingly, your set was clashing with Black Sabbath’s set. Out of all bands, you to clash with Black Sabbath! How did that affect your crowd? Did you still get a decent turnout for your stage?

You know, I was expecting to have nobody there. I think even at one point Spencer said to the crowd, “What the fuck are you guys doing watching us right now?” But I guess we really have loyal fans (laughs). We’re really grateful because I was ready to play to ten people, you know. It’s Black Sabbath, after all.

Exactly, man. Did you get to watch them at all after your set?

Yeah, we got to catch the very end, by the time we were packing up and getting all our stuff together. They had only a couple of songs left at that point, but at least we got to see a little bit, which was really good, and more importantly the crowd was insane. It was just a sea of people, as far as you could see. It was absolute insanity.

Sounds awesome. Coming to the new album, I was listening to it over the past few days and it sounds very diverse. I think you’re really expanded as compared to the first album. Would you agree with that?

Yeah, I think we’ve definitely done that. I think I said this in a lot of interviews for the first album. Our first album was pretty diverse, and with that we created a framework so that we could kind of experiment and push in any one of those directions, and not have it be something weird or something that sounds forced, you know. There’s always been an aspect of that sound and we’re just expanding on it further. And I think very true to that, that’s what we did on this album. We’re still kind of going in all of those directions, but a little bit further, and with a little bit more experience, you know.

I think you’ve also said in a couple of interviews that your new guitarist Mark Holcomb has contributed to the songwriting more than you expected. So that must have helped you, to have somebody to write with.

Yeah, I really like saying this because it’s true, this album is Periphery the band as opposed to my project with a bunch of dudes. This is really the first time we’ve been able to work together as a band and write an album together. I think that’s really cool because it’s not just me. You’re hearing so much more, you’re hearing something that’s greater than the sum of its parts.

Talking of the diversity in the album, there are some interesting elements in there. There’s some atmospheric stuff, and even some electronic bits in songs like “Facepalm Mute” and “Scarlet”. Are you doing to perform all of that live?

Yeah, I mean that’s what we have the laptop for, for doing the stuff that we can’t do, even with three guitars (laughs). Our approach is very much compositional. We just want to write music that we want to write, and our approach to the live performance has always been, “We’ll figure it out later”.

Right, and then you have Dream Theater guitarist John Petrucci doing a solo on the song “Erised”. The last time I did an interview with you, you really expressed how much of an influence he is on you. So tell me, how did you get him to do the solo?

Being on tour with him was a big help (laughs), because that’s where we actually recorded it. He did it on the last stop of our tour together, with an Axe FX, so that was really convenient. But yeah it’s crazy that something like that has happened. My top three guitarists of all time are John Petrucci, Allan Holdsworth and Guthrie Govan, and to get two of them on our album is one of those you kind of throw out, like have as a joke, and not really expecting much to come of it. To have both of those guys is something I still need to remind myself about. Holy shit, it’s actually happening, you know (laughs).

You mentioned Guthrie Govan. I think at some point you made a post on facebook asking whether someone can get you Guthrie Govan to do a solo on your album. So, is that how it came about in the end?

Well, not directly. Our manager is an extremely unique and talented guy by the name of Jan Hoeglund working with us in the beginning. He’s just the man. He saw that postHe actually made a little meeting between Guthrie and I at the NAMM we went to before, and I guess he kept that contact information, so without even telling me, he reached out to Guthrie, and then he surprised me with the email from Guthrie saying , “Yeah! I’d be happy to do the solo!” And I went .. What?? That’s very much Jan’s style, to do things behind your back and surprise you (laughs).

That’s a great story. So, other than the music, I think you’ve also become pretty creative with the song titles. There’s “Facepalm Mute”, as I said before. Then there’s “Froggin’ Bullfish” and a few others.

A lot of them are just what we called them when the songs were written. Some of those are made out of the lyrics, directly or loosely. The first, seventh and last track are all linked thematically, lyrically and musically, so those titles are related in their own sort of way. I mean, we know that our song names are corky, but it’s all about perspective. Everybody’s song names are corky from some perspective, I guess. So we might as well call them with things that we like. W don’t put much thought into it. It’s just fun. 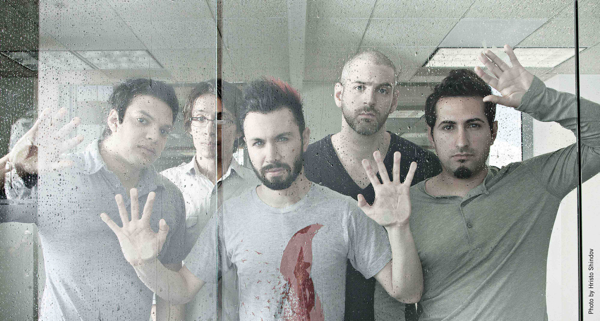 You’ve always portrayed yourself as a guitar nerd. In general, do you still spend time playing guitar when you’re not working on Periphery, or has that reduced as you got busier with this band?

You know, I can tell you that I don’t play nearly as much guitar as I used to, and it’s kind of a shame but I just don’t have as much time as I used to have. I still love playing, and what I probably do more than anything is to pick up the guitar when I’m watching something, to kind of have it in my head while I jam on it. Because still, that’s how sometimes riffs come out. But yeah, I try to play a lot and I genuinely enjoy playing the guitar, so it never feels like a burden. It’s something that I’m happy to have time to do.

Right, exactly. And I think at one point you also used to post a picture of a different guitar on facebook every day. Do you think some day you’ll have one guitar for each day of the year?

Yeah! One can only hope, right? (Laughs)

Coming back to the album, the physical release is supposed to come with some bonus material. What is that going to consist of?

That’s going for the European release only, and it’s something we’ll release in other territories a little bit later. We did this track, it was Spencer’s idea. He really likes Slipknot, and we were so tired in the studio that we wanted to break the pace and do something different. Spencer wanted to do this cover of “The Heretic Anthem” by Slipknot, and I actually played drums on it. I wanted to do it so differently that the engineer played guitar, and it was just a fun little thing. But we decided to put it up as a bonus track and I think it actually came out really cool. I’m really happy with the way it came out. And the other one is this instrumental track that I had to put together at the last minute. It’s a track we’ve been wanting to put out for a while now, and it worked out well. This is a good way to put it out. It’s an instrumental that we used to play live, called “Far Out”. So that’s how we compiled the bonus material for some of the territories.


Sounds interesting, man. It was good talking to you, as always. Sorry to be disturbing your vacation though!

Oh no, don’t worry about it. With all this stuff around the digital release coming together at the last minute because of Roadrunner desolving, it’s all good. We’ve got to get this stuff [interviews] done, as it only helps us. You don’t have to feel bad at all!