Another Monday, and another band announcement for Metal Assault Mixtape Vol. 3!

Metal Assault Records is pleased to announce that LA hard rock / heavy metal band MARISHI TEN will be part of the lineup for the upcoming mixtape, with their latest single, “Never Look Back”. Produced by Mitchell Marlow, mixed by Jay Ruston and mastered by Evren Goknar, this stellar tune brings forth a well-rounded blend of catchy riffs, soaring clean vocals, a groovy rhythm section and a compelling guitar solo, deserving of a spot on this compilation and certainly enhancing the quality of the music on offer. 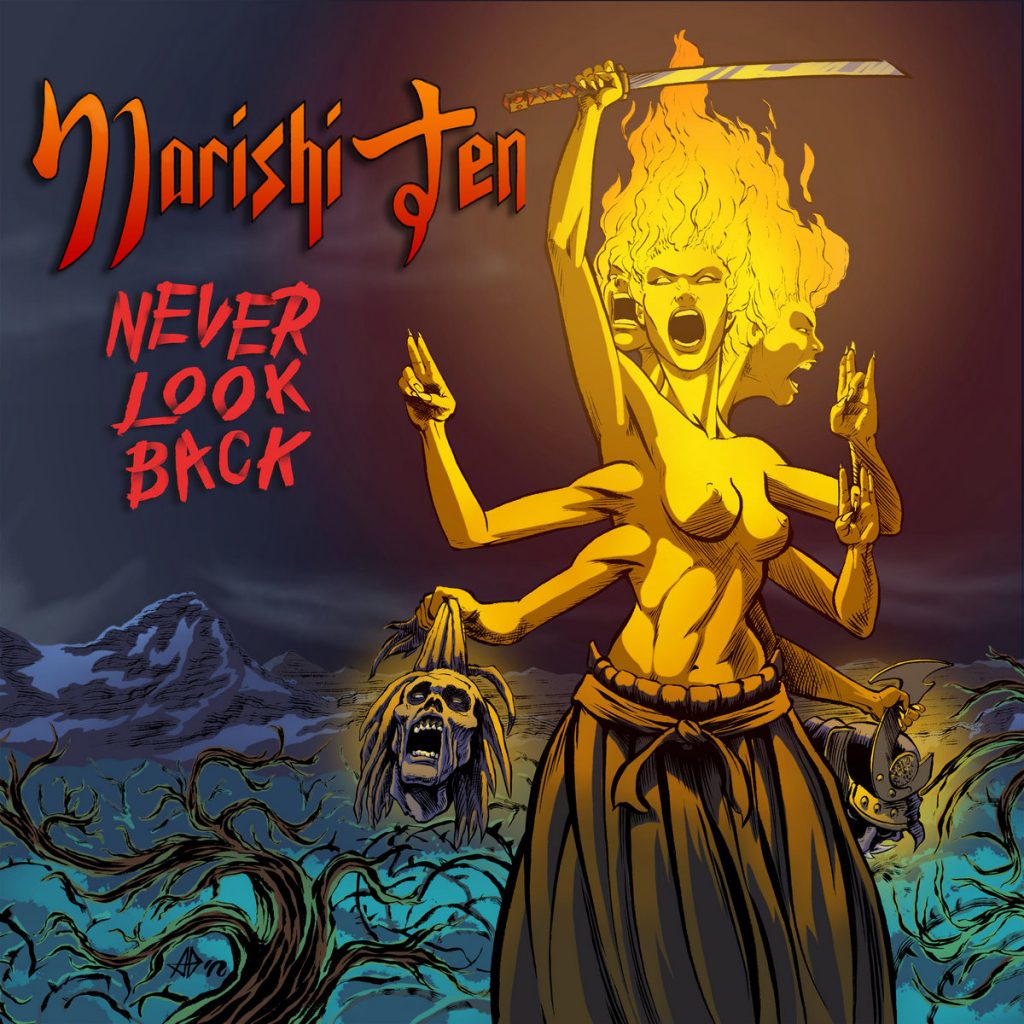 Marishi Ten was born by the desire of frontwoman, Linda Lou (lead vocals/guitar) to conceive a band that would encompass the foremost characteristics of time-honored heavy metal and hard rock. Inspired by the samurai goddess of light, the band derived their name as an homage to the deity’s primary characteristic– fearlessness actualized through self-mastery. It seems only fitting that through such mastery, a guitar wielding front woman, influenced by the gods of metal before her (Black Sabbath, Judas Priest, Metallica) would arrive as a new legend for whom the world is waiting.