August 17 2019, The Wiltern, Los Angeles, CA: In the world of heavy metal, it is not often that there is massive demand for a two-album side-project to release a new album and to perform live, specially when the protagonists of said side-project are primarily known as members of high-profile bands that are actively writing, recording and performing all over the world.

Demons & Wizards is one such side project. Co-founded by Blind Guardian vocalist Hansi Kürsch and Iced Earth guitarist Jon Schaffer in 1998, Demons & Wizards released two albums, and for perfectly valid reasons, remained inactive for many years since, as both Iced Earth and Blind Guardian got busy with their respective journeys as two of the better-known bands in heavy metal. But, questions about the future of Demons & Wizards were constantly asked of Kürsch and Schaffer (including every time either of these gents were interviewed by Metal Assault). Finally in 2019, during some time off from their main bands, they decided to reactivate Demons & Wizards, announcing a new studio album for 2020, and their first ever North American tour for September 2019, along with support acts Lizzy Borden and Týr. The announcement sent fans all over North America into delirium, scrambling to get tickets. The tour began in Los Angeles, in front of a packed house at the Wiltern last Saturday August 17, and of course, the Metal Assault team was in attendance to witness it firsthand and attempt to capture it in images and words.

Ticket holders started lining up in the bright summer sun a few hours before doors opened for entry at 6:30 PM. As soon as that happened, this very line simply transferred over to the merch booth, as fans did not want to miss the long-awaited opportunity of getting their hands on  a Demons & Wizards shirt. Soon after, the stage was set for the concert to begin, and the excitement in the air was palpable.

First up, Faroese folk/viking metal group Týr took the stage promptly at 7:30 for a 40-minute set, presenting songs from their 2019 Metal Blade Records release Hel, as well as selections from some of their other seven albums. This band has been in existence for as long as the headline act on this bill, and it was evident from the turnout and response they gathered through this performance. It was clear that a sizable section of the audience already knew Týr. Stylistically, this band is the ideal opening act for this tour and they played a perfect set, free of any flaws or dull moments, instead filled to the brim with compelling tunes and impressive musicianship. Týr provided an auspicious start to this momentous evening in Los Angeles heavy metal concert history. Anyone attending a show on this tour is strongly encouraged to arrive to the venue early enough to catch Týr’s set. 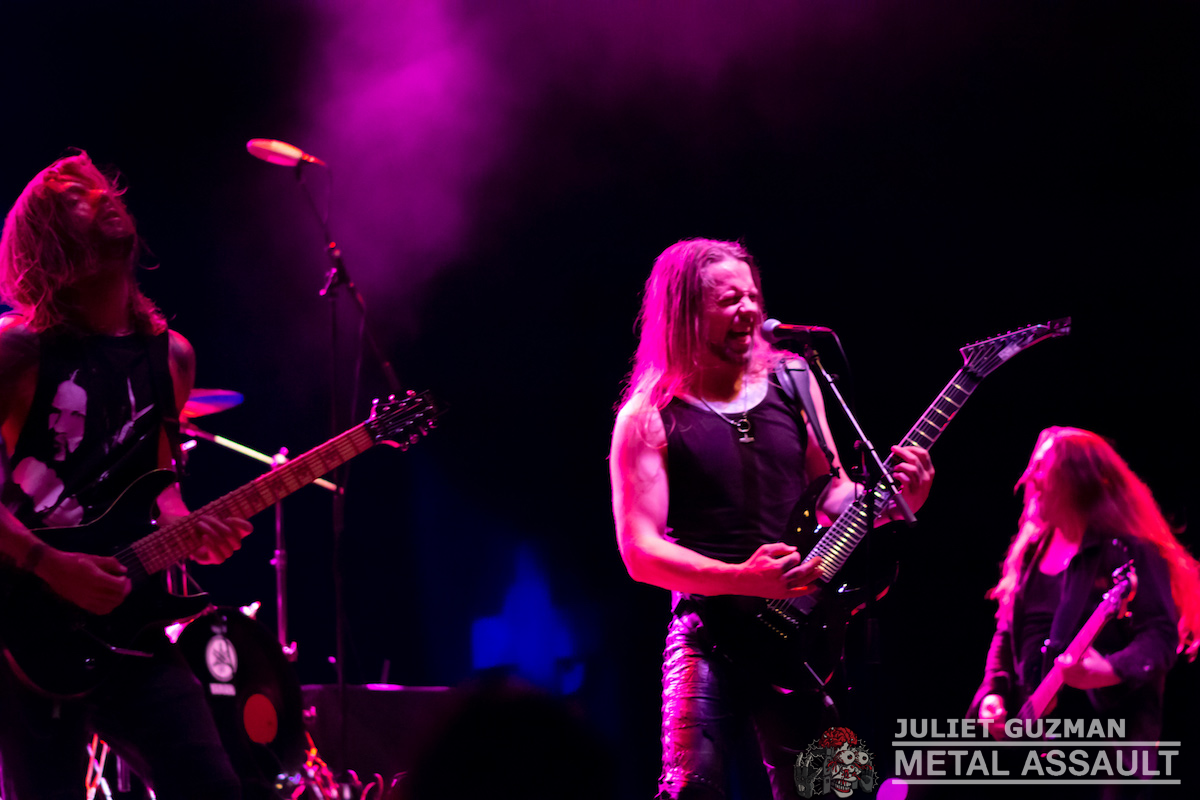 Just over 20 minutes later, main support act Lizzy Borden took the stage in typically bombastic and theatrical fashion. One of the absolute finest purveyors of classic heavy metal, glam metal and shock rock, the band proceeded to play a mighty fine set comprising tunes from their latest release, also on Metal Blade Records, My Midnight Things, along with classics such as “Me Against The World” and “American Metal”, with other gems included.

Frontman Lizzy Borden himself sounded fantastic on vocals and donned an assortment of costumes and props throughout the performance, and his band members were solid in their roles. The senior-most band on the lineup, Lizzy Borden undoubtedly drew its own fans to this show, and made a lot of new ones at the same time, although it was a pity that the band suffered from sound issues which marred significant portions of the set. But rather more surprisingly, the stage was a bit too dark for a theatrical shock rock act such as this one, and anywhere past the first two General Admission floor sections, it was difficult to see what exactly the mainman was wearing, and what was happening on stage.

But nonetheless, Lizzy Borden delivered a most excellent performance, with the old songs sounding great and the new material equally strong. This tour is set to put this band in front of large audiences, an opportunity they have deserved for a very long time. Legendary in no small measure, Lizzy Borden is a must-see for those attending this tour. 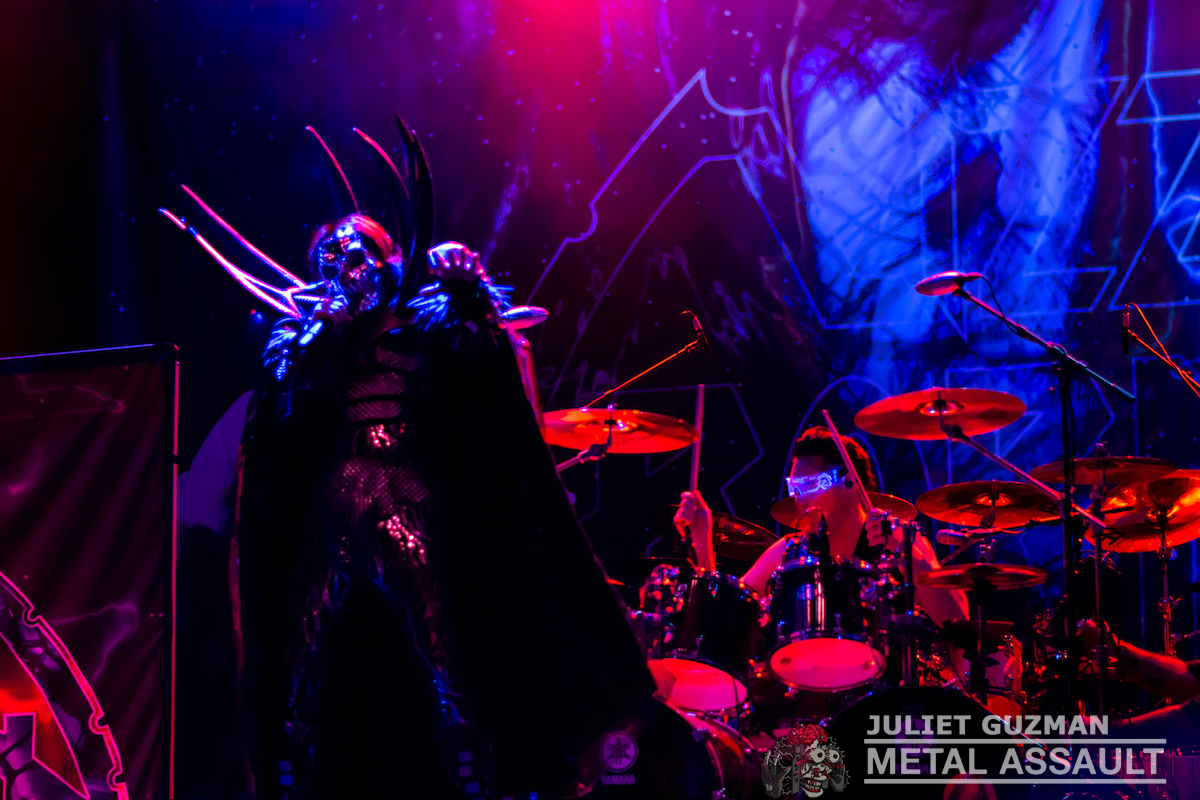 At 9:40, the lights went out and the intro rang loud and clear on the PA, signaling the arrival of the headline act, Demons & Wizards. Excitement levels in the building were going through the roof. It was a moment none of the people in the audience would have ever imagined becoming a reality, as for several years there was no indication of any D&W activity whatsoever, leave along a headlining live performance in a 3000-cap theatre, and what’s more, the first show of the band’s first ever North American tour.

Demons & Wizards came out all guns blazing and sent this crowd into a frenzy of banging heads, screaming lungs and pumping fists. Iced Earth and Blind Guardian are bands with their own dedicated and loyal fanbases, and here they came together under one roof to witness for the very first time, the two inimitable, unmatchable heavy metal greats, Jon Schaffer and Hansi Kürsch performing together on one stage. The band proceeded on to play a full 17-song set complete with an encore, and not a single fan could have possibly left the building disappointed with what he or she got treated to here. 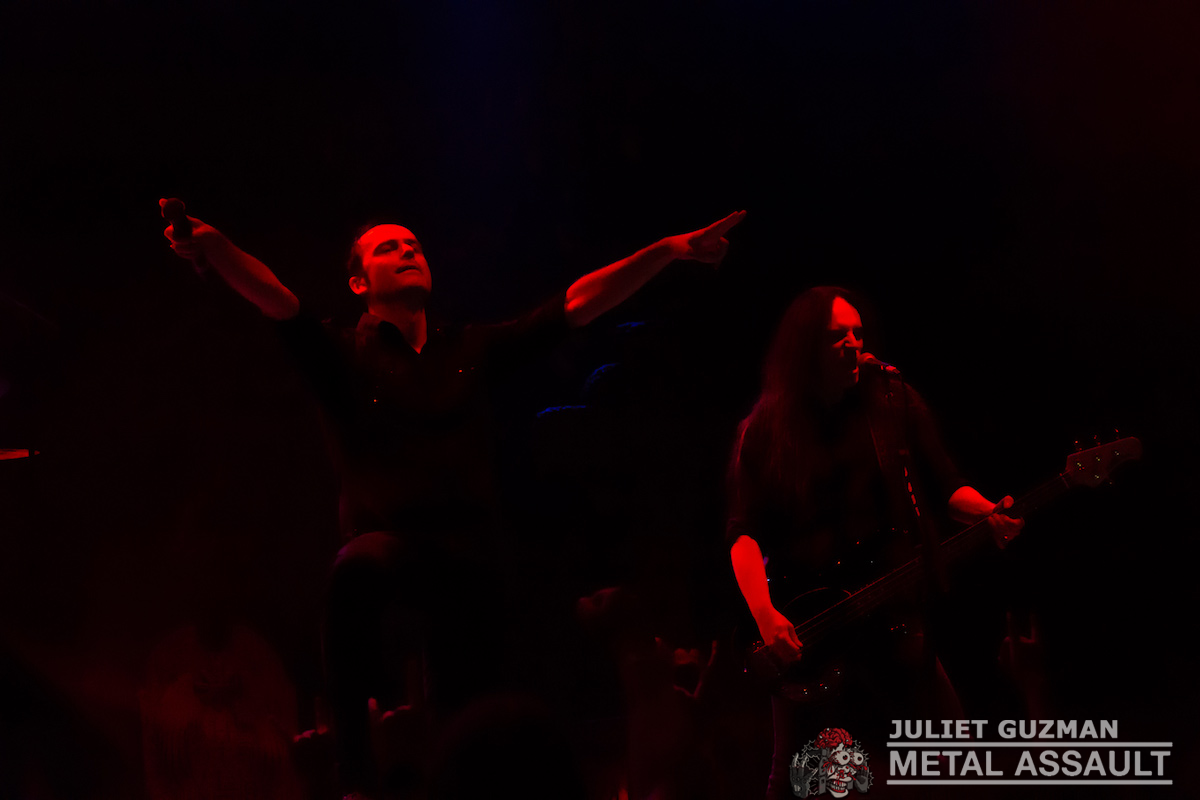 D&W performed eight songs off of the self-titled debut album (2000) and five off of Touched By the Crimson King (2005). As expected, their LA fans came prepared to sing along to every word and reciprocate with the kind of energy and enthusiasm that compelled Hansi Kürsch to repeatedly compliment the audience for the response it was giving to the band, a level of energy that the band itself was able to feed off of and elevate their own performance even further. In addition to the D&W material, fans were hoping for some special surprises, and sure enough, they got plenty of that, as the D&W set also featured two songs each from the Iced Earth and Blind Guardian discographies. To see and hear this group perform D&W songs was one thing, but to witness Jon Schaffer playing guitar on Blind Guardian songs, and Hansi Kürsch singing Iced Earth songs, that is the stuff of dreams for heavy metal fanatics, and most in attendance were finding it hard to believe that these dreams had indeed come true. The Los Angeles heavy metal faithful was truly witnessing something special.

Jon Schaffer brought forth his signature tone, performance and persona to the stage, and Hansi Kürsch was at his brilliant best as he did complete justice to every single note of every song and enthralled the audience with his high-pitched screams. When it comes to getting the entire audience on his side, he does it as well as any frontman in the genre. Between songs, he presented sparks of his usual humorous self and had everyone’s undivided attention as he built up to the next song and kept raising the crowd’s excitement levels. Aside from these two main members, D&W have come here with a mighty fine group of musicians, Jake Dreyer (lead guitar), Marcus Siepen (bass), Frederik Ehmke (drums) and Joost Van Den Broek (keyboards). These musicians proved through this set that they lend power and precision to the band’s live show and play a big part in helping translate Schaffer and Kürsch’s creative vision to the stage.

One of the most highly anticipated events of the year, this Demons & Wizards concert lived up to and exceeded all expectations, and will be remembered in Los Angeles concert history as one of the best shows, ever. 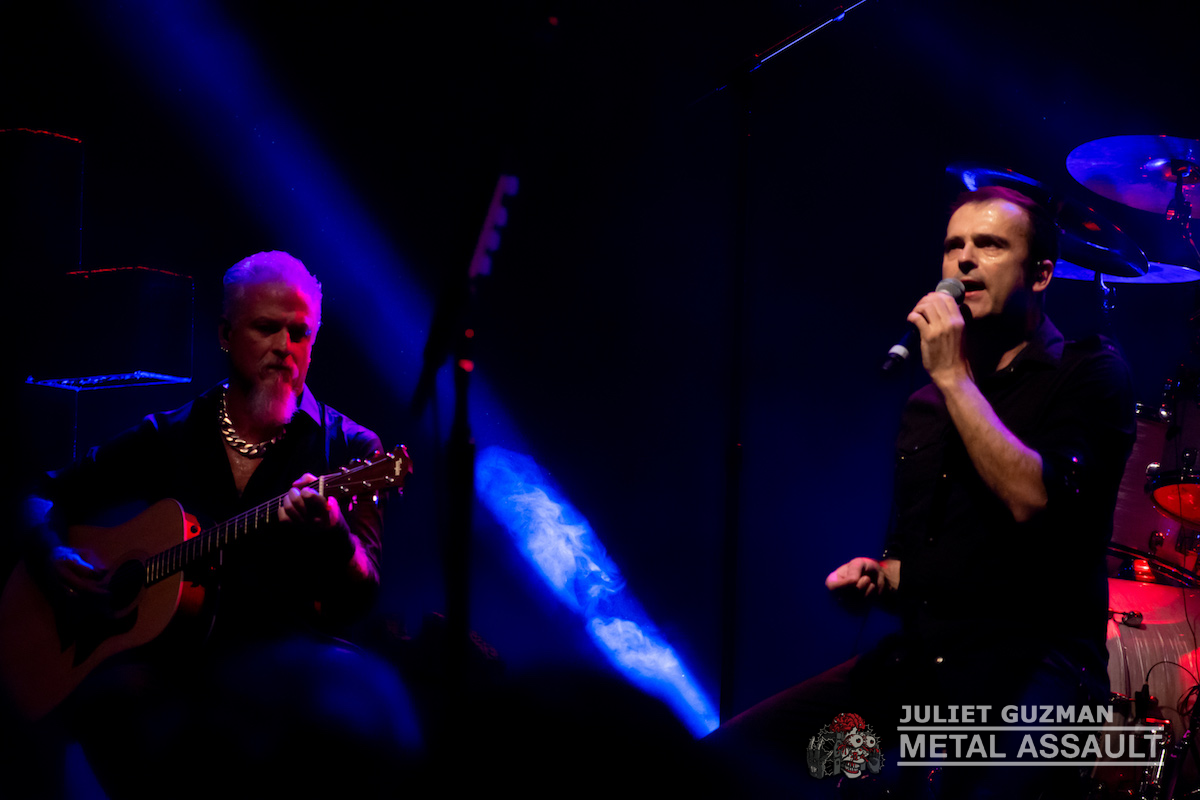