An unprecedented all-Swedish lineup of metal heavyweights is coming to invade North America this September-October! Amon Amarth will be returning to these parts in support of their 11th studio album Berserker (releasing May 3 via Metal Blade Records), and they are bringing along Arch Enemy, At The Gates and Grand Magus with them.

Amon Amarth say:
“Berserkers! We will lead a Swedish metal invasion of North America this September and October along with our friends Arch Enemy, At The Gates and Grand Magus. Come fight and feast with us and earn your seat in the great golden hall. This raid is pure heavy fucking metal and not to be missed!”

Michael Amott of Arch Enemy adds:
“Arch Enemy is very much looking forward to invading North America together with Swedish Viking kings Amon Amarth and our Metal brothers in At The Gates and Grand Magus! Miss this Swedish Heavy Metal apocalypse at your own peril!”

JB of Grand Magus says:
“I would say that epic is the most fitting word to describe this happening. It’s an honour to be part of this gathering of metal giants and we will do our damnedest to make it a memory for life for all who will bang their heads with us during this adventure!” 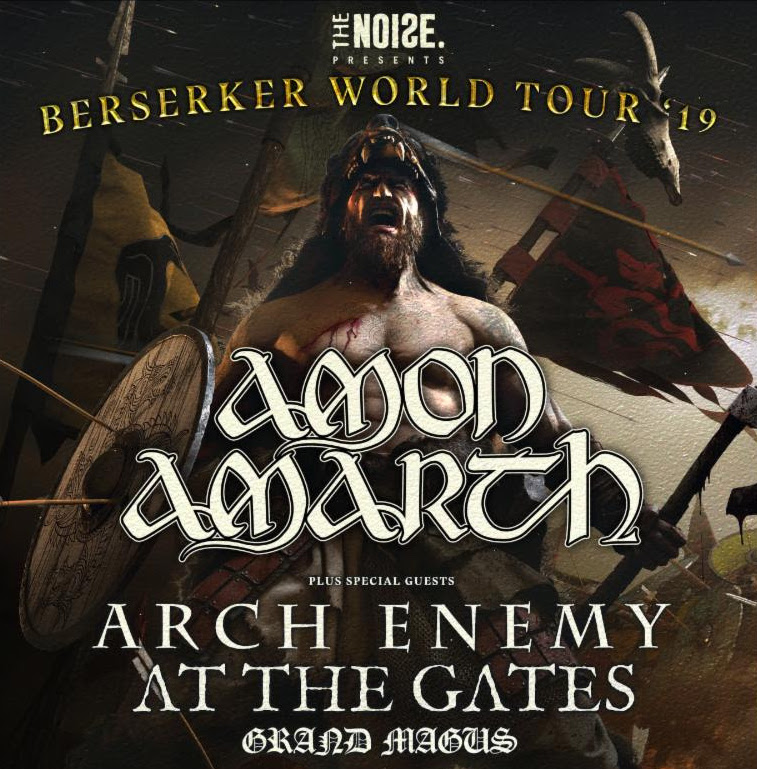