As they say, when one door closes, another opens. Same applies to the world of heavy metal, as bands break up and fans mourn, but members of the broken-up bands move on to newer, greener pastures. The latest such case comes from the traditional heavy/speed metal scene of the great music town of Portland, Oregon.

The band Spellcaster released three excellent full-length albums and completed several extensive tours between 2009 and ’17, garnering a legion of dedicated fans in the process, but parted ways with their vocalist and decided to put the Spellcaster name to rest. But, bassist Gabe Franco and guitarists Bryce Vanhoosen and Sebastian Silva were by no means calling it quits, and teaming up with vocalist Wyatt Howell from Eugene, Oregon band Sanctifyre, they have quickly re-emerged with a speedier, shreddier band, Silver Talon. We at Metal Assault have been huge fans and supporters of Spellcaster for a long time, and we are extremely pleased to bring you the exclusive premiere of a brand new Silver Talon track!

“Speed of the Night” is only a small taste of what to expect from the Silver Talon debut full-length, Becoming A Demon, due out on October 12. Get ready for scintillating virtuosic dual guitar shred attack, soaring clean vocals and galloping rhythm at breakneck speed. In addition to seven brand new original compositions, Becoming A Demon also boasts of a fantastic rendition of Sanctuary’s “Battle Angels”, featuring a guest appearance by shred maestro Jeff Loomis. If you liked Spellcaster, you will most certainly love Silver Talon, as this band is, in every sense, Spellcaster 2.0. 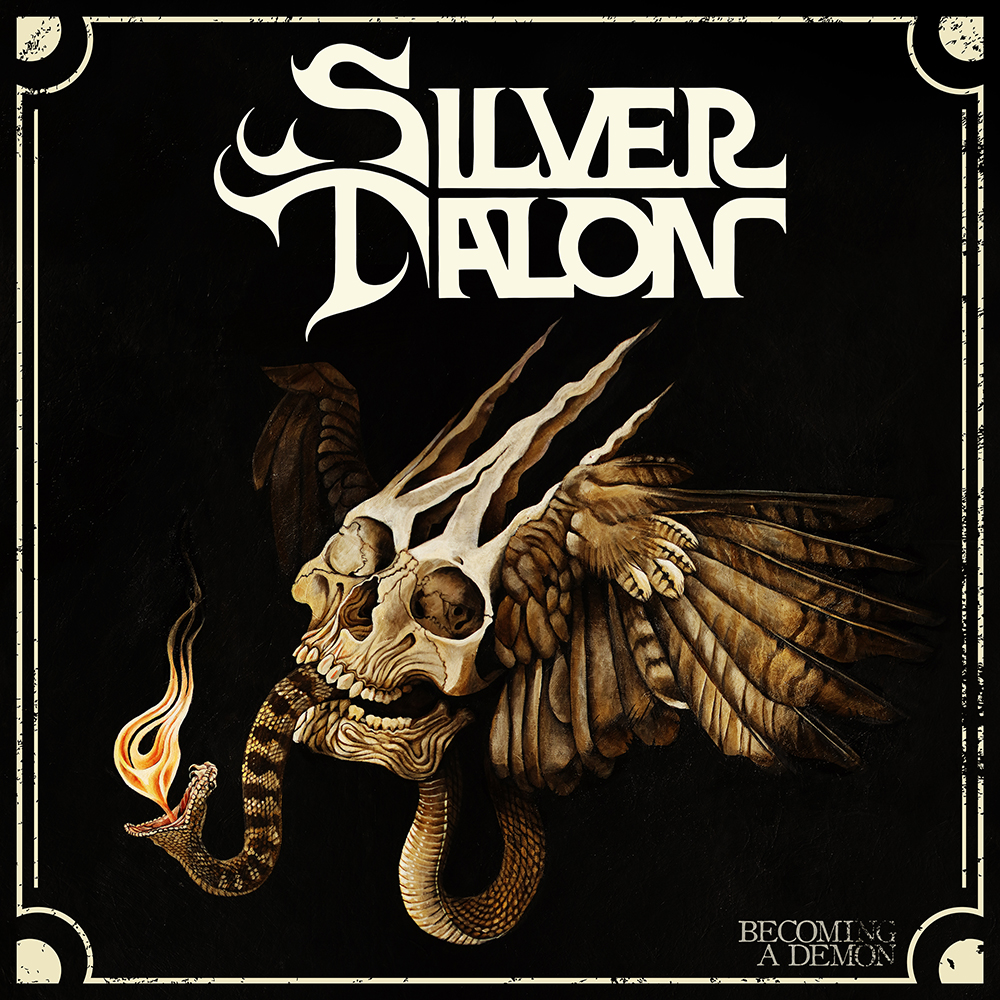