The fifth release by Graveyard, the album titled ‘Peace’, may be their most dynamic to date. What spans the 10-track album is a varied array of musical weaponry of mass destruction. The main weapon in the arsenal of ‘Peace’ is the heavy blues influence on the heavier rock/metal tones the band typically carries.

At first glance it may seem like some good ol’ fashion hard driving metal. The opening track ‘It Ain’t Over Yet’ is a fast paced ass kicker that grooves as hard as it rips. It’s a very energizing opening track that sets a great tone for the rest of the album. You won’t really hear the blues influence pop through the first track, but once the album really sets in, the blues shines with flying colors. Just take the second track ‘Cold Love’, one that has subtle tinges of Danzig-esque bluesy metal. While Danzig runs a very dark, brooding blues style, Graveyard runs a silky smooth, groovy pace.

What’s really interesting about ‘Peace’ is the couple of tracks that strip the music down to a blues core. The entire album is fascinating with the varied tones between the bluesy rock/metal; in fact there are many qualities in this album that carry the same blue rock vein as The Black Keys. This album has that perfect mix of rock-fueled blues that came with The Black Keys’ fifth album ‘Attack & Release’. 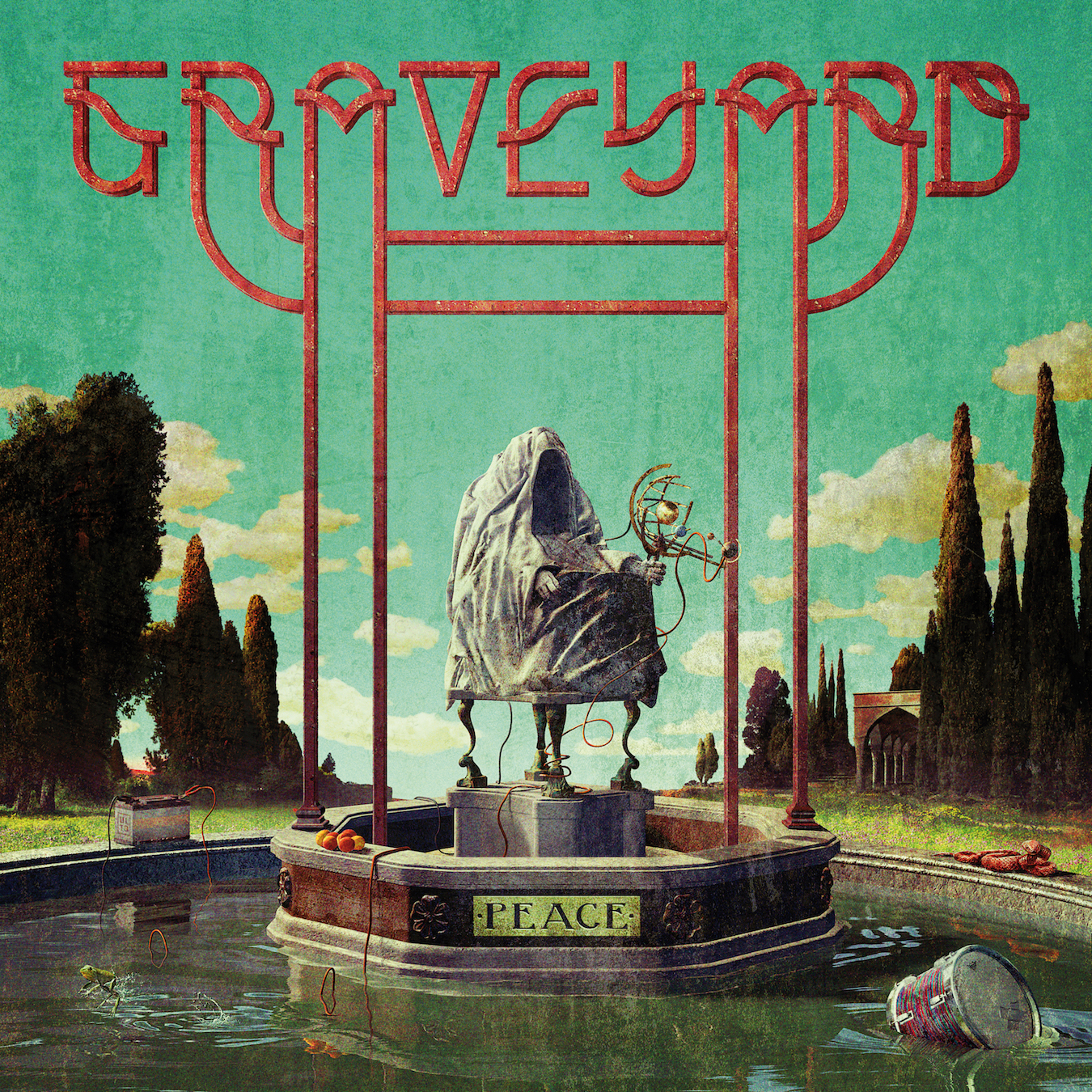 The track ‘See The Day’ is the most immediate example as it strips away the rock completely to put out a very contemplative, heartfelt blues piece. The varied sound Graveyard gives you within the album ‘Peace’ keeps the album’s run time fresh throughout. Not only does it stay fresh for the entire run, it keeps repeated listenings striking with the same glow as they did the first time around.

You have tracks like ‘Please Don’t’, a metal track that doesn’t try to be anything but a top-class metal track. The album immediately flows into a smoother, classic rock-vibe with ‘The Fox’, one of my favorite tracks on ‘Peace’. It’s a very soulful rock track with an infectiously catchy, quick hitting chorus.

The smoothness of the record cannot be understated. It’s also difficult to articulate this smoothness, given the various mixes of blues, rock, and metal mixing and matching throughout the record. That trifecta of influence doesn’t simply find one configuration and call it a day, instead all throughout ‘Peace’ it spans a spectrum of blues-rock-metal with no hard lines in between.

‘Peace’ is an album Graveyard fans and newcomers alike can spin and find maximum fulfillment with. A stunning piece of work that seems to get better the more you let it play.