Swedish hard rock and heavy metal bands have played a significant role in keeping our favorite genre alive and well for the past four decades, specially in recent times, as the country has produced a plethora of exciting young bands that have infused some much-needed passion and firepower. Putting their hometown of Växjö on the global heavy music map is the quintet Bullet, which has been in existence since 2001 and has proudly presented its brand of no-frills, no-bullshit, no-holds-barred hard rock/heavy metal, through five full-length studio albums and countless scintillating live performances. Bullet has just released their sixth LP ‘Dust to Gold’, and it absolutely does not disappoint. 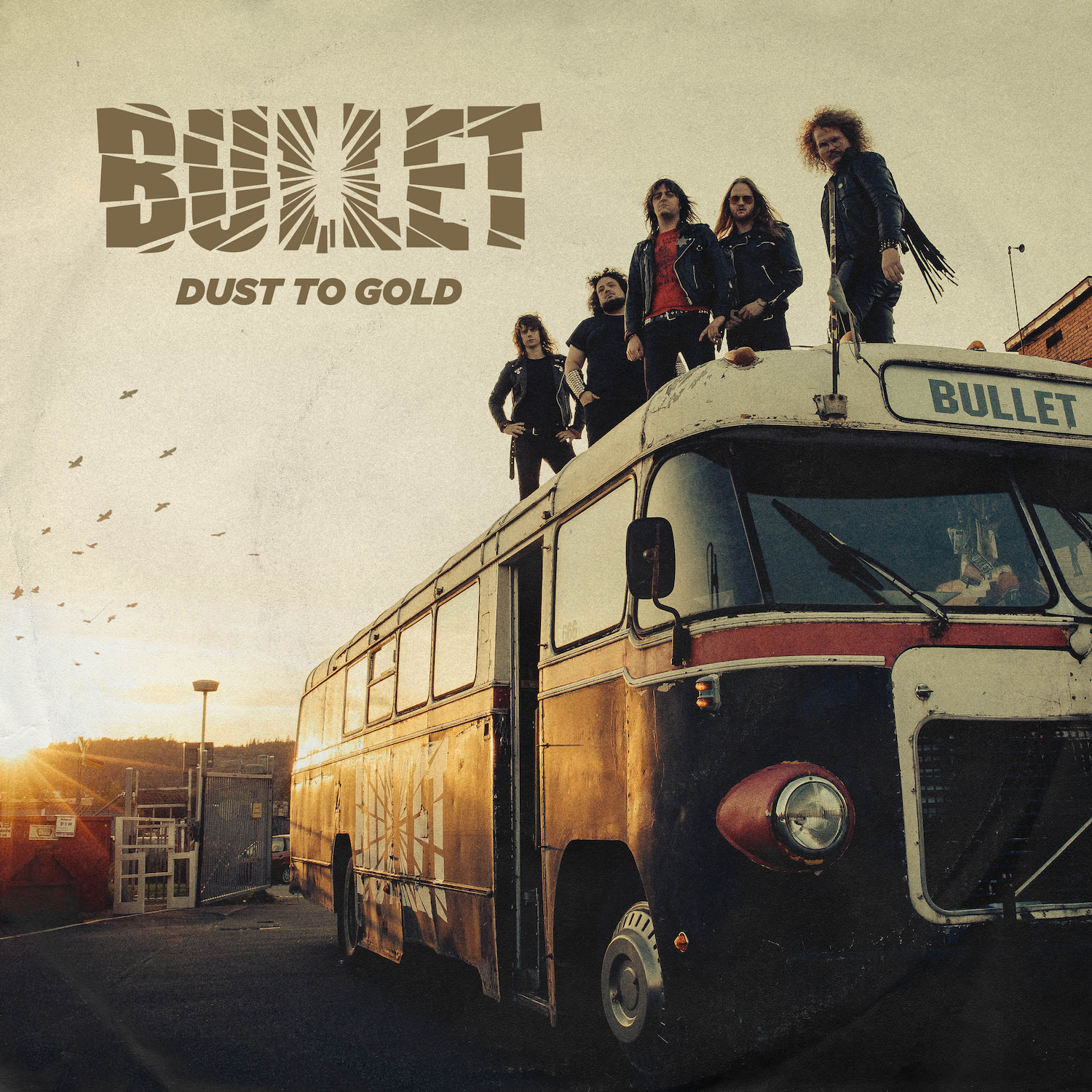 In this day and age, it is not often that you see album covers with band members’ faces on them, but Bullet goes pure old-school for this album in that aspect, and not just that, they are proudly displaying what has been their touring vehicle of choice for many years, “The Bullet Bus”, the black, white and red 1964 Volvo B63508. Taking inspiration from the likes of AC/DC and Accept and orchestrating a sound that salutes those two legendary groups in particular, but doing so with an almost tangible freshness and exuberance, Bullet has come up with 12 rollicking tunes for this one.

‘Speed And Attack’ starts off the album in the right spirit, and straightaway you get that Udo-Dirkschneider-meets-AC/DC vibe. That said, it doesn’t come across as a blatant ripoff by any means (cough Greta Van Fl-cough), and whether you’re familiar with Bullet or not, you’ll find vocalist Dag Hell Hofer’s singing voice to be very recognizable and distinct, which already sets Bullet apart from their contemporaries. Add some expert songwriting and performances by Hofer’s band mates, and what you have is a band that builds on the music of generations past and makes it better. Excellently crafted songs like ‘Ain’t Enough’ and ‘Rogue Soldier’ let this album settle into a groove and get into a zone which it does not leave until its very last note. 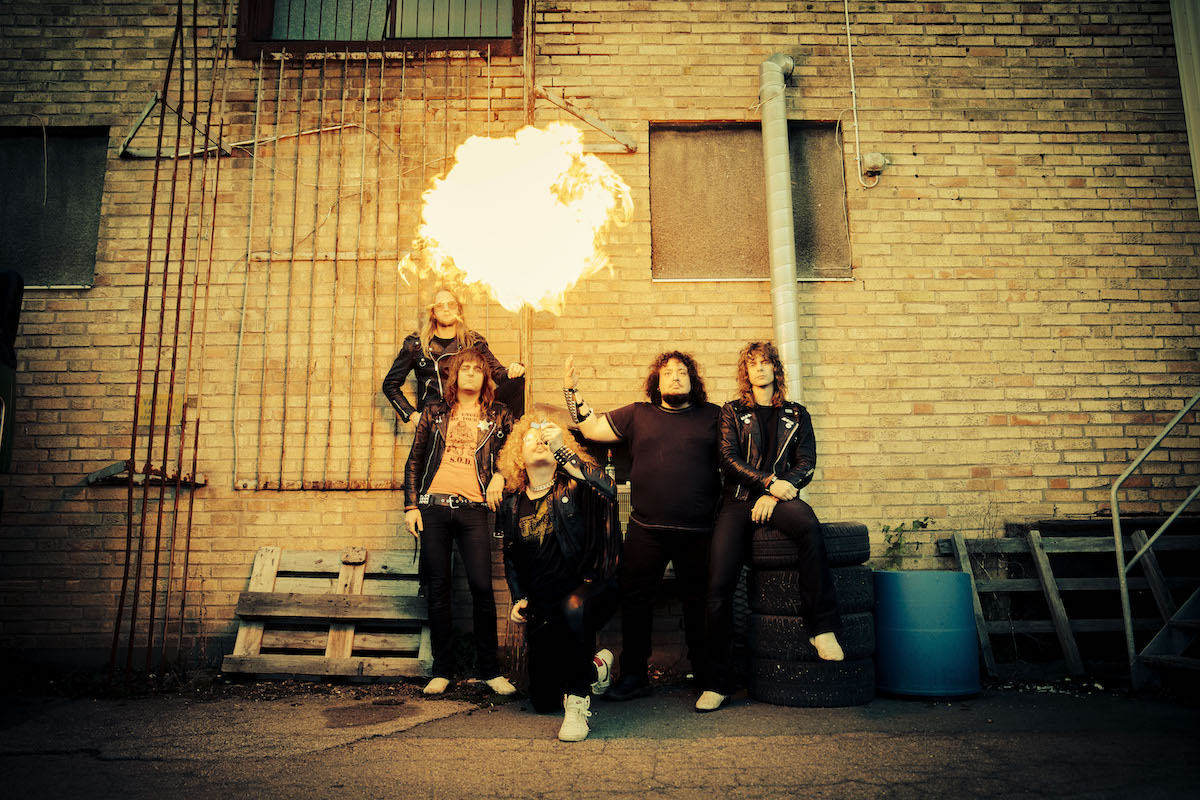 The album keeps hitting the listener with one hot rocking tune after another, as ‘Fuel the Fire’ and ‘One More Round’ keep the riffs flowing, while ‘Highway Love’ comes across as the catchiest song on the album. ‘Wildfire’ is a throwback to vintage AC/DC. Even though Bullet sounds more hard rock band than heavy metal, the songs ‘Screams in the Night’ and ‘Forever Rise’, decorated with righteous guitar harmonies and galloping rhythm, present the band’s heavy metal side, and perhaps make an attempt to prove that the bridge between the two styles isn’t that long after all. ‘Forever Rise’ seems like an apt closing track, but then comes what sounds like an encore, with the intro-like piece ‘The Prophecy’, the high-octane ‘Hollow Grounds’ and the anthemic title song ‘Dust to Gold’ bringing the album to its eventual close.

Marching on for the past 17 years with unwavering passion and and the creative skills to match it, and still releasing outright winners like ‘Dust to Gold’, no amount of praise is sufficient or excessive when you talk about Bullet. With this album, Bullet has emerged triumphant through simple, straightforward yet powerful, energetic and memorable modern-day old-school heavy music. ‘Dust to Gold’ has all the ingredients to satiate the tastes and enhance the music collections of rockers and metalheads everywhere.