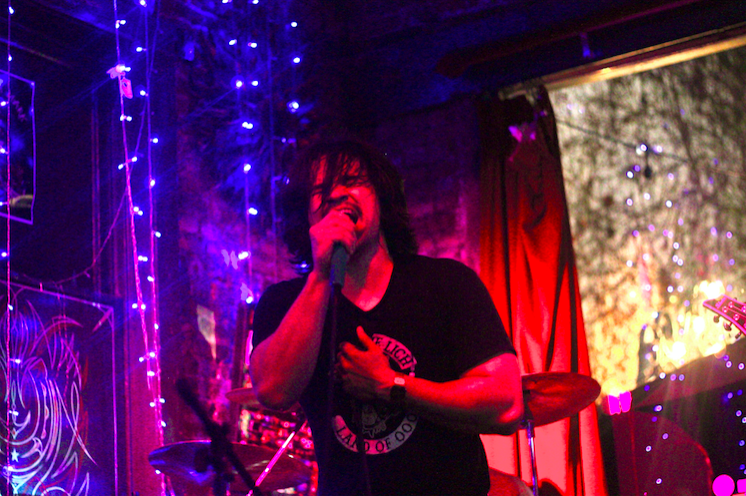 March 14 2020, Old Towne Pub, Pasadena CA: Despite COVID-19 concerns, it was business as usual at our favorite watering hole in Pasadena, the OTP, and it was a three-pronged, all-local lineup, featuring prog trio Hexicon, hard rock group Low Octane, and rock ‘n roll / heavy metal quartet Blackwater Reds (also the newest addition to the list of confirmed bands for Metal Assault Mixtape: Vol. 3). Our photographer Haley Caroline was on site to capture some images for your viewing pleasure. Check them out below. END_OF_DOCUMENT_TOKEN_TO_BE_REPLACED

March 13 2020, Callahan’s Irish Pub, Azusa CA: As they say, the show must go on, and last Friday, it sure did, as LA acid doom unit Old Blood and Orange CA rock ‘n roll / classic heavy metal group Tyranis joined forces to rock a tiny dive bar in the San Gabriel Valley.  This year’s Friday The 13th festivities saw spellbinding performances by Old Blood and Tyranis, and our photographer Haley Caroline was on site to capture some stills in an attempt to provide you a visual recap of the event (please keep in mind that she did so in a very dark room, with no stage lighting). Check out the images below, and be sure to keep tabs on both bands’ activities for much more very soon. END_OF_DOCUMENT_TOKEN_TO_BE_REPLACED 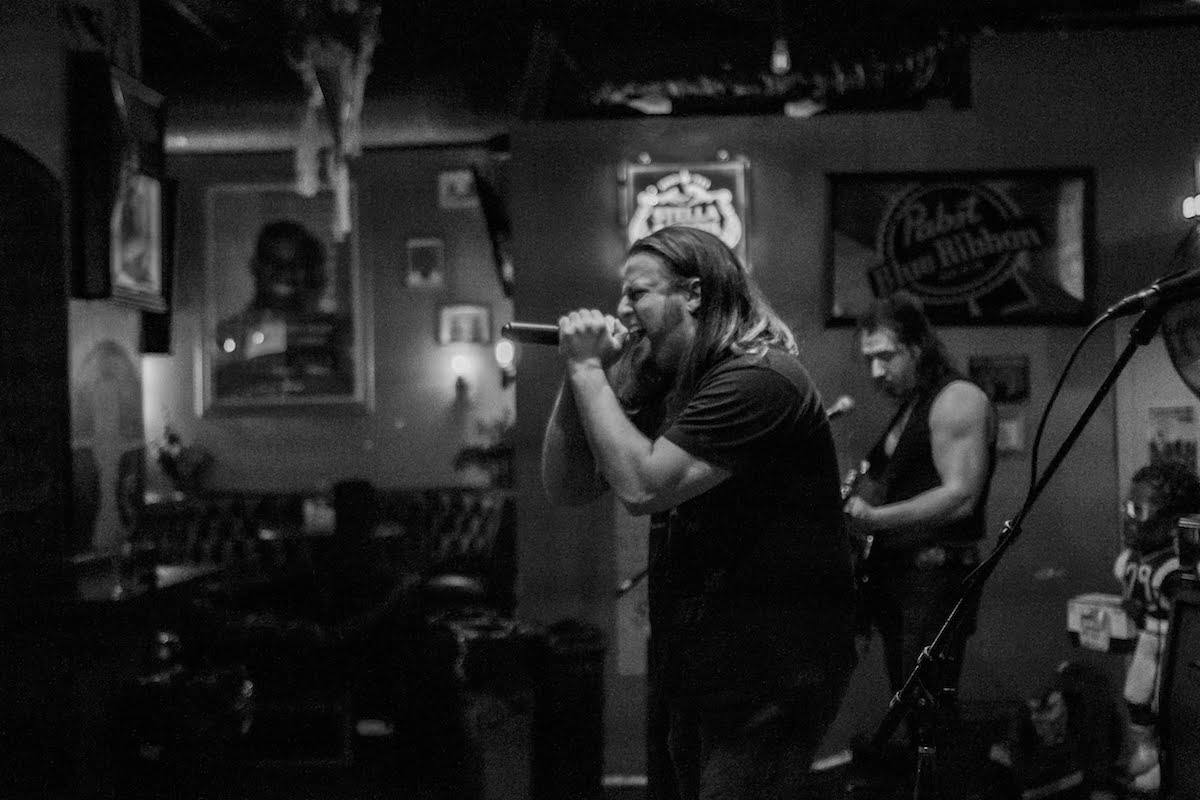 March 11 2020, The Down N Out, Los Angeles CA: Volume 8 of our weekly “Heavy Wednesdays” series at the DNO in downtown LA took place last week, featuring three killer local bands, hard rock / heavy metal quartet Strange Legend, grindcore / sludge / experimental group Flesh And Machine (returning after rocking Vol. 7 the week prior), and bluesy hard rock power trio Blue Beethoven. Despite the uncertainty and panic in the air as a result of COVID-19, a good time was had by all involved. We had our photographer Trinidad Valdez (False Door Photo) in attendance to enable us to give you this visual recap of the event. Check out the images below, and even though a few of our immediately upcoming events have been canceled due to COVID-19, including a couple of the Heavy Wednesdays, please do keep tabs on our Events page for the latest up-to-date MA event calendar. END_OF_DOCUMENT_TOKEN_TO_BE_REPLACED 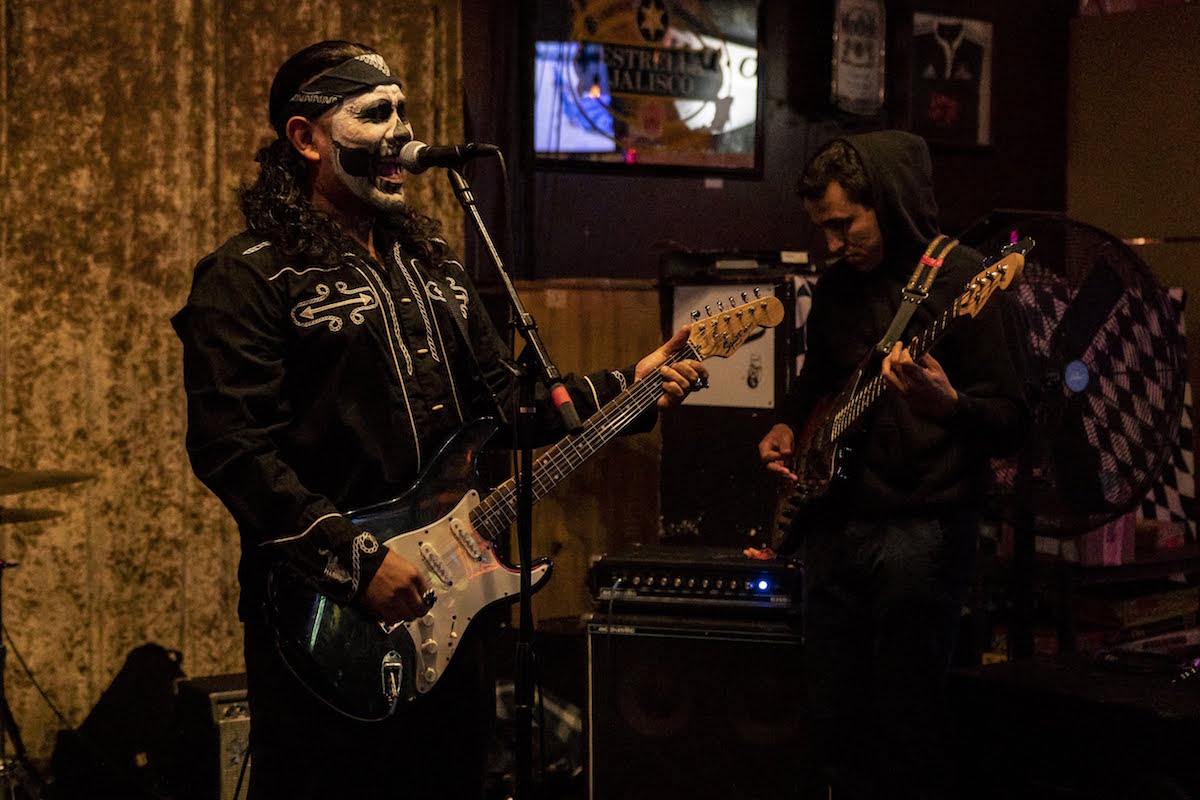 March 4 2020, The Down N Out, Los Angeles CA: Volume 7 of our weekly “Heavy Wednesdays” series at the DNO in downtown LA took place earlier this week, and featured yet another diverse set of bands; punk outfit Los Reapers, grindcore / sludge / experimental group Flesh And Machine (who return for Vol. 8 next week as well), and young groove / thrash unit Pain Of Ruin. We can speak for everyone when we say it was a good time, with killer performances and good people. We had our photographer Trinidad Valdez (False Door Photo) in attendance to enable us to give you this visual recap of the event. Check out the images below, and if you are in or near downtown Los Angeles, we strongly encourage you to make it a point to attend our FREE Heavy Wednesdays! END_OF_DOCUMENT_TOKEN_TO_BE_REPLACED 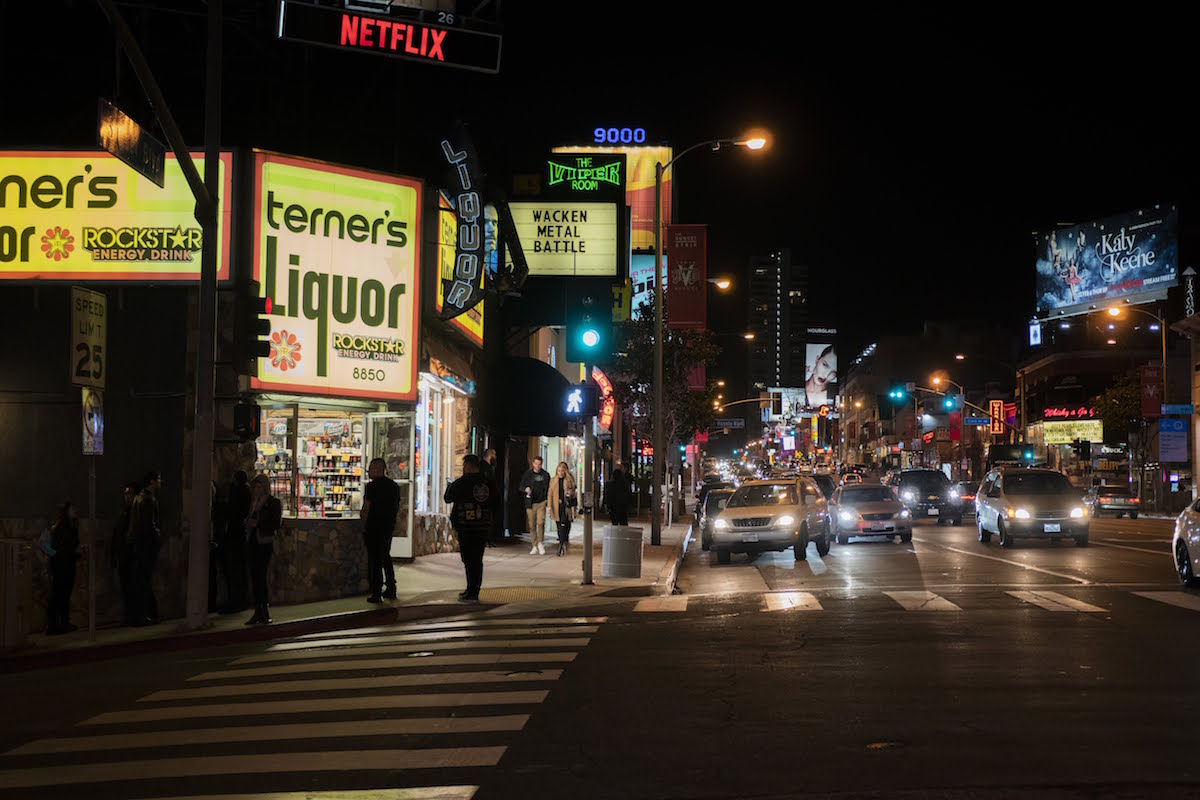 February 22 2020, The Viper Room, West Hollywood CA: Every year, the Wacken Metal Battle USA crowns a national champion to perform at the world’s most prestigious heavy metal festival, Wacken Open Air in Germany, and to represent the country on the Global Metal Battle stage at Wacken. The second battle in the preliminary Los Angeles round of this year’s WMB USA took place last Saturday, and what an epic evening of heavy metal it was, with the Viper Room sold-out to capacity. Over 250 metalheads congregated to witness six splendid performances by some of the finest of our city’s own local unsigned bands. END_OF_DOCUMENT_TOKEN_TO_BE_REPLACED 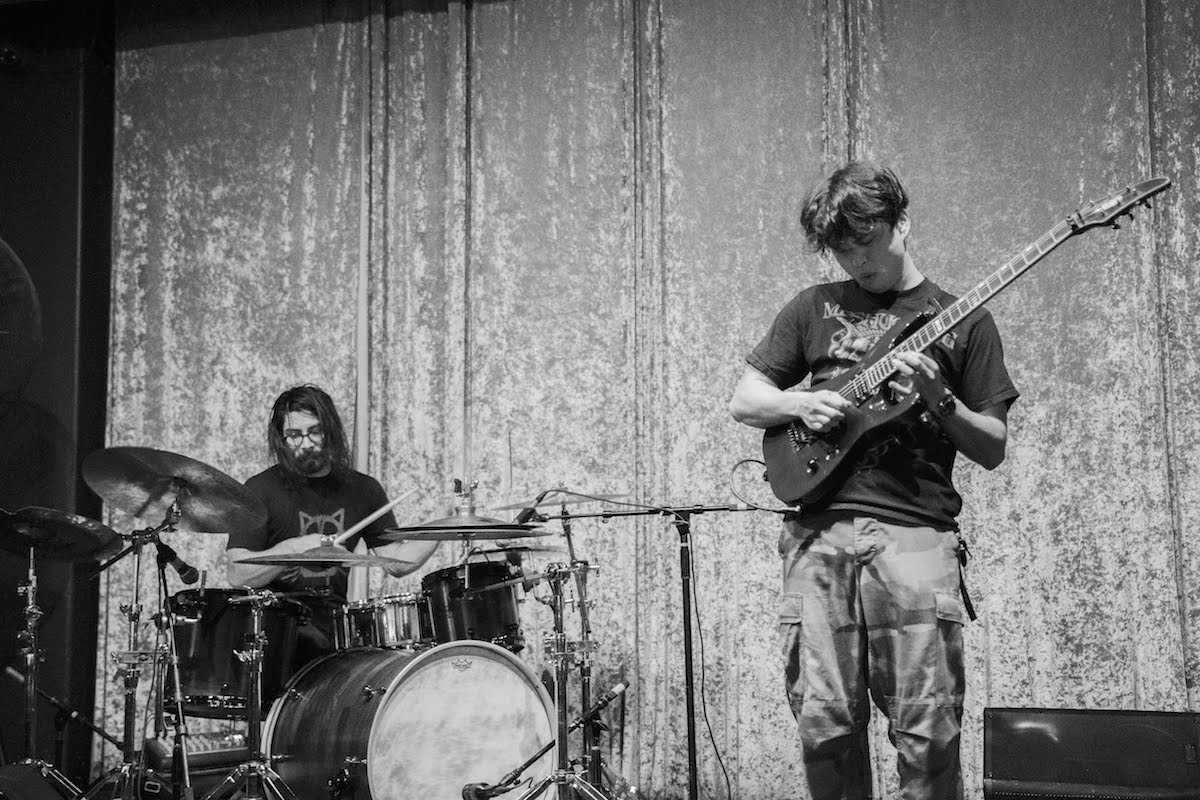 February 19 2020, The Down N Out, Los Angeles CA: Volume 5 of our weekly “Heavy Wednesdays” series at the DNO in downtown LA took place last night, and featured a diverse three-pronged lineup – instrumental shred duo The Blue Prison (also featured on Metal Assault Mixtape: Vol. 2 recently), psychedelic rockers Strange Imperial, and hard rock quintet Break. We love doing these events at the DNO every week, and last night made for a good time, with stellar performances from all three bands and a good gathering of locals enjoying the live music on offer. Luckily we had photographer Trinidad Valdez (False Door Photo) in attendance and kind enough to send us these fantastic captures from the evening. Check out the images below, and if you are in or near downtown Los Angeles, we strongly encourage you to make it a point to attend our FREE Heavy Wednesdays! END_OF_DOCUMENT_TOKEN_TO_BE_REPLACED 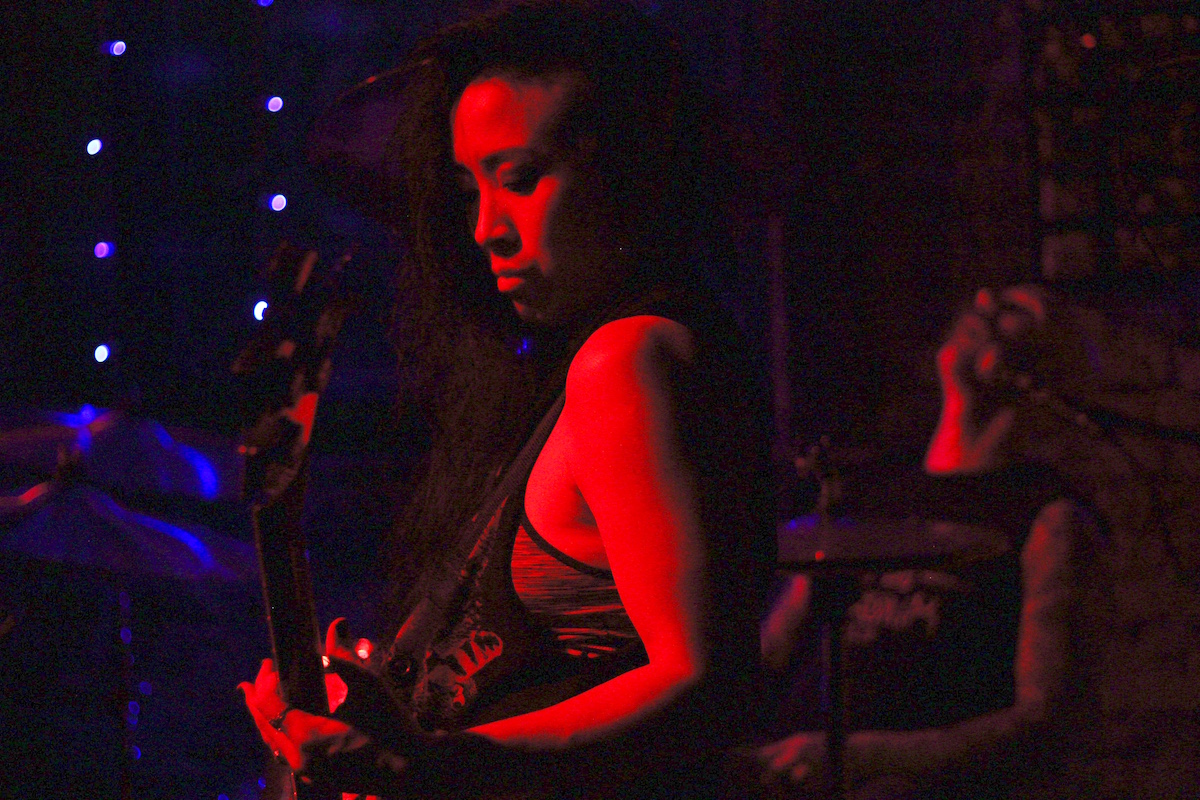 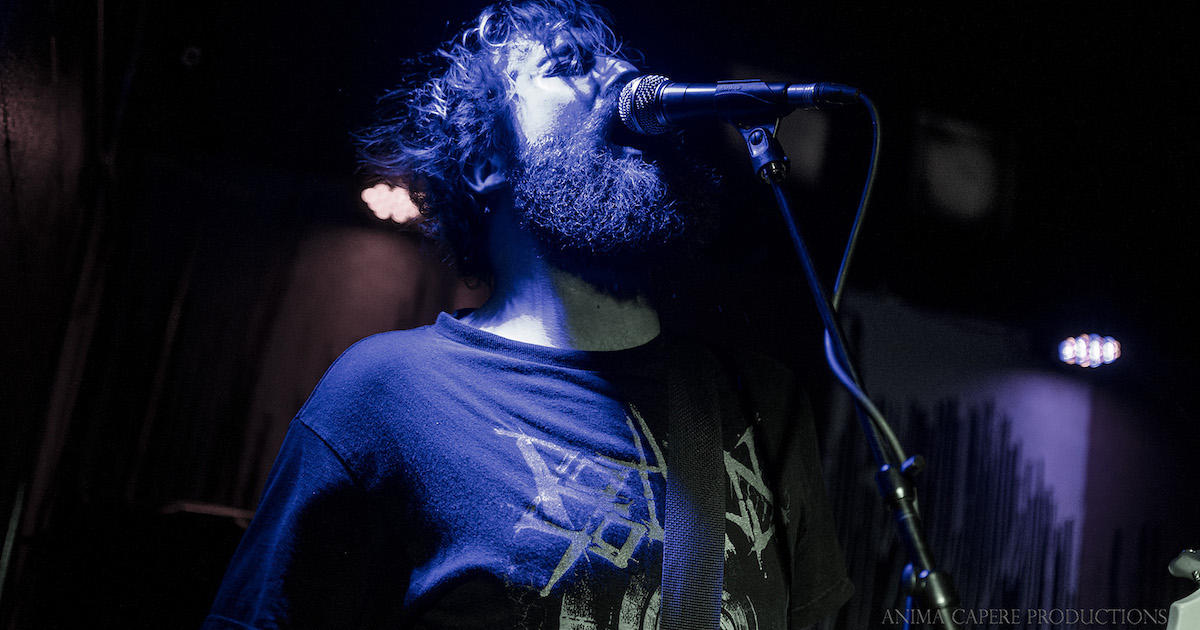 December 1 2019, The Lexington, Los Angeles CA: Last Sunday, Metal Assault had the pleasure of hosting a great evening of skull-crushing heaviness, featuring one of LA’s most definitive doom bands, Ancient Fears, touring act Armed For Apocalypse from Chico CA, and two fantastic local support acts, Rowsdower and Starburner. Our man C. Jones was in attendance to capture some stills for us. Enjoy them below, and do yourselves a favor by giving all four of these bands a listen. END_OF_DOCUMENT_TOKEN_TO_BE_REPLACED 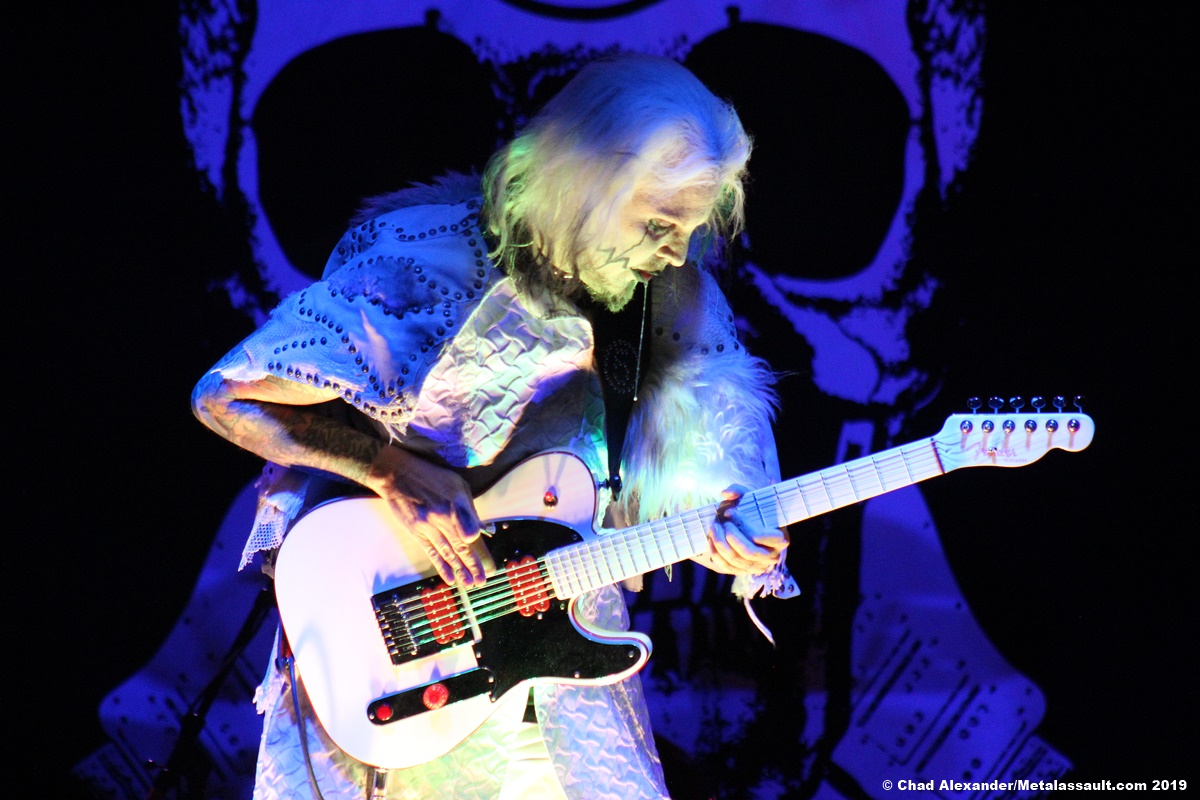 February 26 2019, Club Red, Mesa AZ: This winter and Spring, John 5 is bringing his eccentric guitar playing and showmanship to stages across North America on the Invasion tour, with his group John 5 and the Creatures, plus support acts Jared James Nichols and Dead Girls Academy. The tour continues to promote the 2018 live album It’s Alive but also gives audiences a taste of brand new music, which will be presented in the new studio album, Invasion, due out in 2019. The 6-week trek began in Las Vegas NV on February 23 and quickly made its way to Mesa, Arizona, for a show at Club Red, which also featured a guest appearance by Alice Cooper. Our man Chad Alexander was on-site to capture some stills for us. Check out his photos below, and catch John 5 on the Invasion tour if it’s coming anywhere near you! END_OF_DOCUMENT_TOKEN_TO_BE_REPLACED 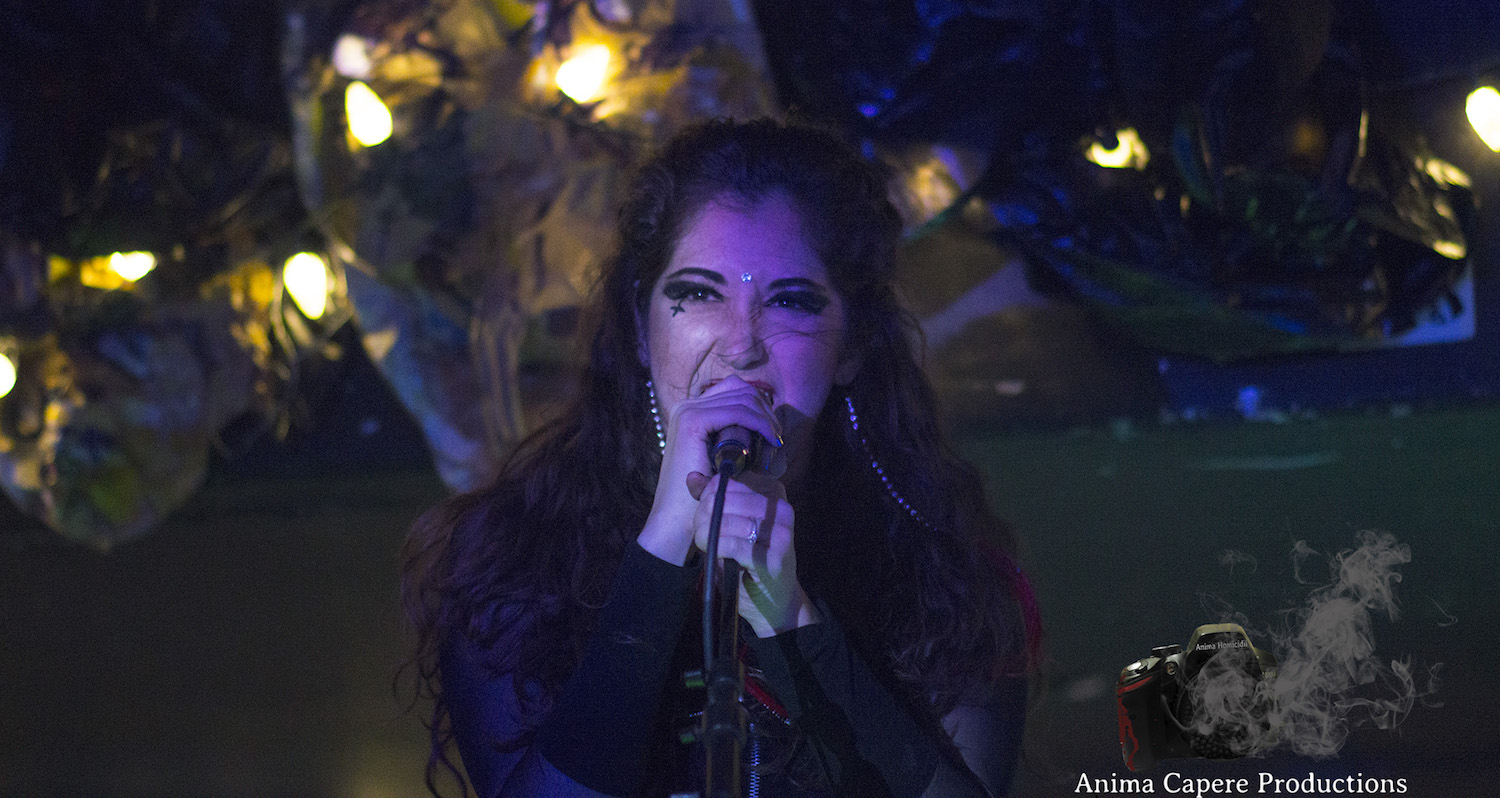 December 31 2018, 5 Star Bar, Los Angeles CA: Volume #2 of Metal Assault’s annual “New Years Eve Metal Madness” was held at 5 Star Bar last Monday, featuring an all-new, diverse lineup of hometown bands, headlined by acid doom rising force Old Blood and supported by hard rock outfit Sick Mystic, goth rock group The Faint Endless, thrashmongers Beyond The Roots and teenage rock ‘n roll sweethearts Speed Of Light. ’twas indeed a fun time and an apt way to ring in the new year. If you were there, you’re welcome. If you weren’t, our man C. Jones was on site to capture these killer stills for your viewing pleasure. View them below, and keep tabs on these bands as well as our upcoming events in 2019! END_OF_DOCUMENT_TOKEN_TO_BE_REPLACED