Hungry and uncompromising, the young death metal band The Kennedy Veil is stepping up the modern metal game. In 2009, out of Northern California, four fellas founded this group and have made a point to be heard. With just two full-length albums under their belt, these guys are still bright eyed and bushy tailed. Proving their worth by the success of their records and from touring with legends like Exhumed and Cattle Decapitation, the scene is ready to hear what’s next. On October 20, the band will be releasing their third album, ‘Imperium’, through Unique Leader Records. END_OF_DOCUMENT_TOKEN_TO_BE_REPLACED 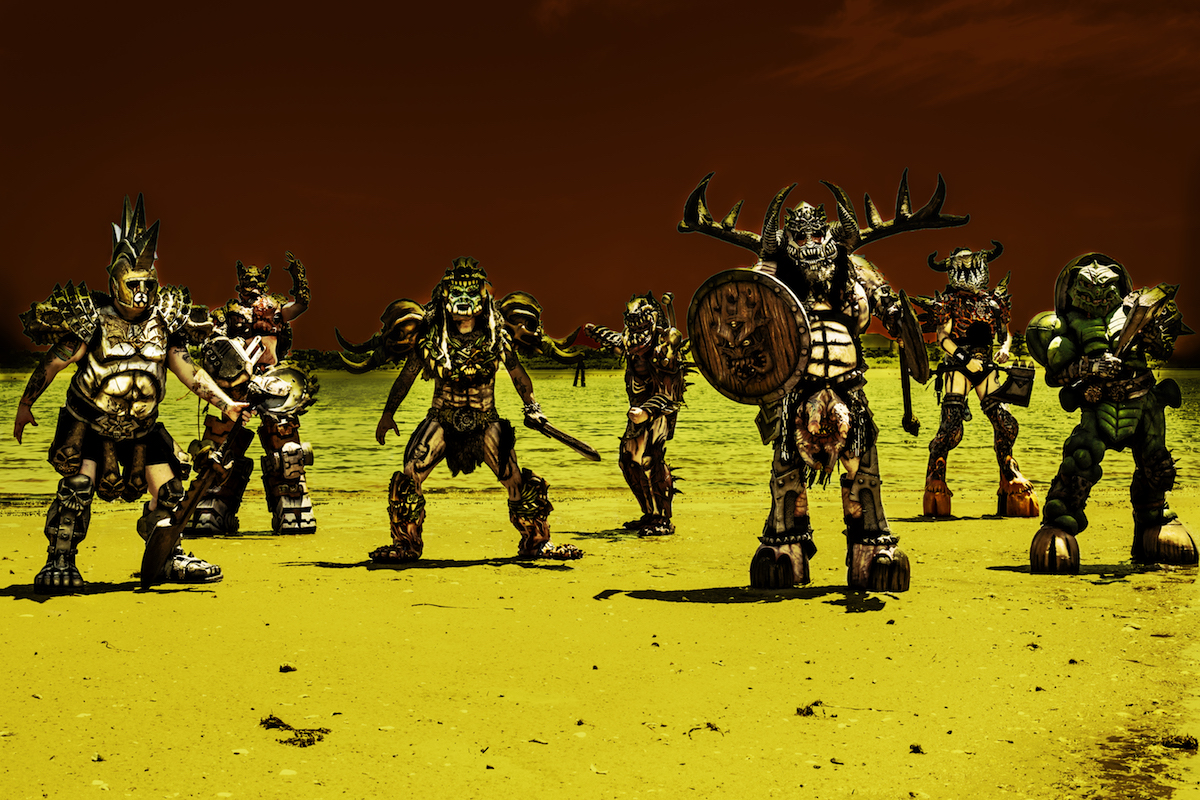 As this dirtpile spirals downward at the hands of an orange tyrant, the scumdogs of the universe have returned to take their rightful place as destroyers of the earth. Although they would like nothing more than to see this heap of excrement vaporized from existence, they violently insist that is by their hands and their hands alone. As warriors Oderus Urungus and Flattus Maximus have been taken prisoner by the great void, never to return, those remaining have vowed to infect our earholes and various orifices with their brand of audio rape. END_OF_DOCUMENT_TOKEN_TO_BE_REPLACED 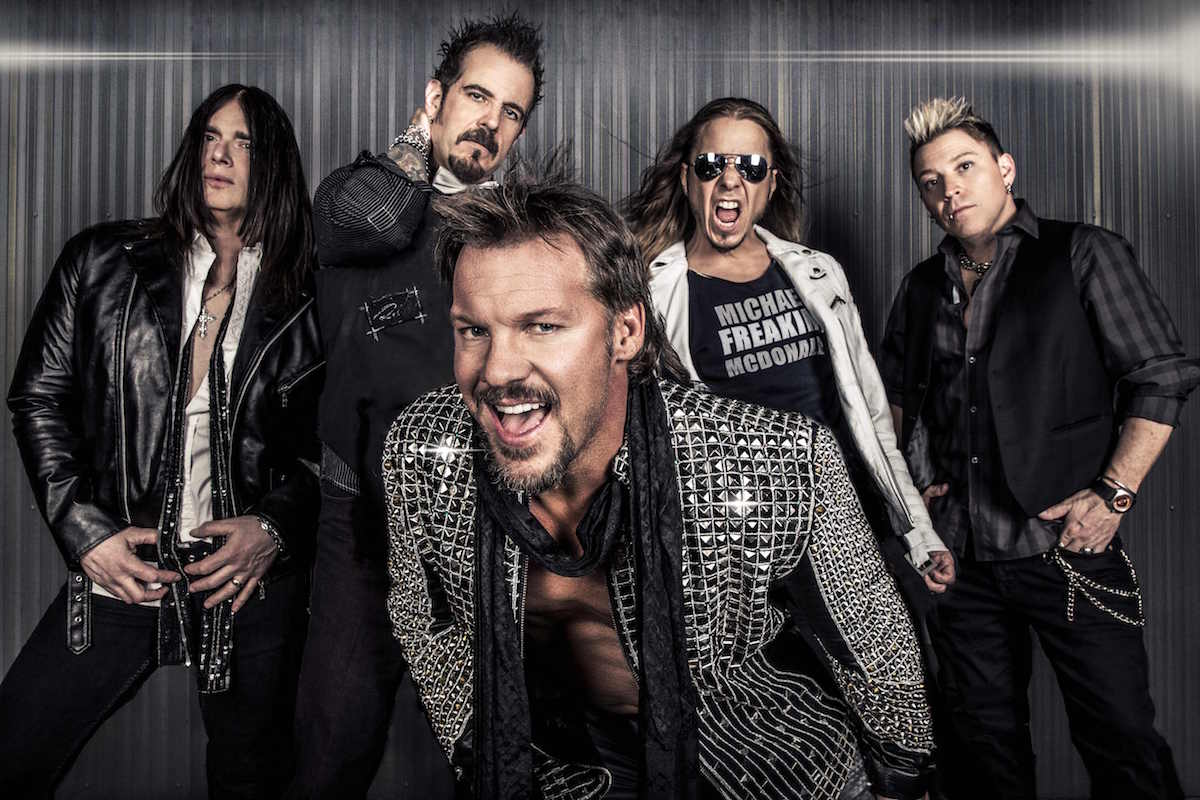 Well how about this, beloved WWE wrestler Chris Jericho brings us his 7th full-length album, ‘Judas’, with his band Fozzy. Chris Jericho has been a constant figure in the metal scene the last decade, rubbing elbows with all breeds of metal and rock superstar. His passion for metal allowed us quite the gift, as the last record I listened to from a WWE star was Randy “Macho Man” Savage’s debut. I was holding hope that ‘Judas’ is as fun to listen to as other works by wrestling stars. END_OF_DOCUMENT_TOKEN_TO_BE_REPLACED

October 13th 2017, The End, Nashville TN: There was a chill in the air last Friday night in Nashville, Tennessee. Autumn had finally arrived in The South. Folks traded in their denim vests for jean jackets to hit the rock ‘n roll show that evening. Just west of downtown Nashville, there is a small bundle of buildings known as the ‘Rock Block’. Every night you can hear punk or rock music pouring out from various doors residing on this street. The two legendary venues in this cluster, Exit/In and The End, are spaces that have catered to alternative music for decades. This past, brisk, Friday evening, proved that they still do. END_OF_DOCUMENT_TOKEN_TO_BE_REPLACED 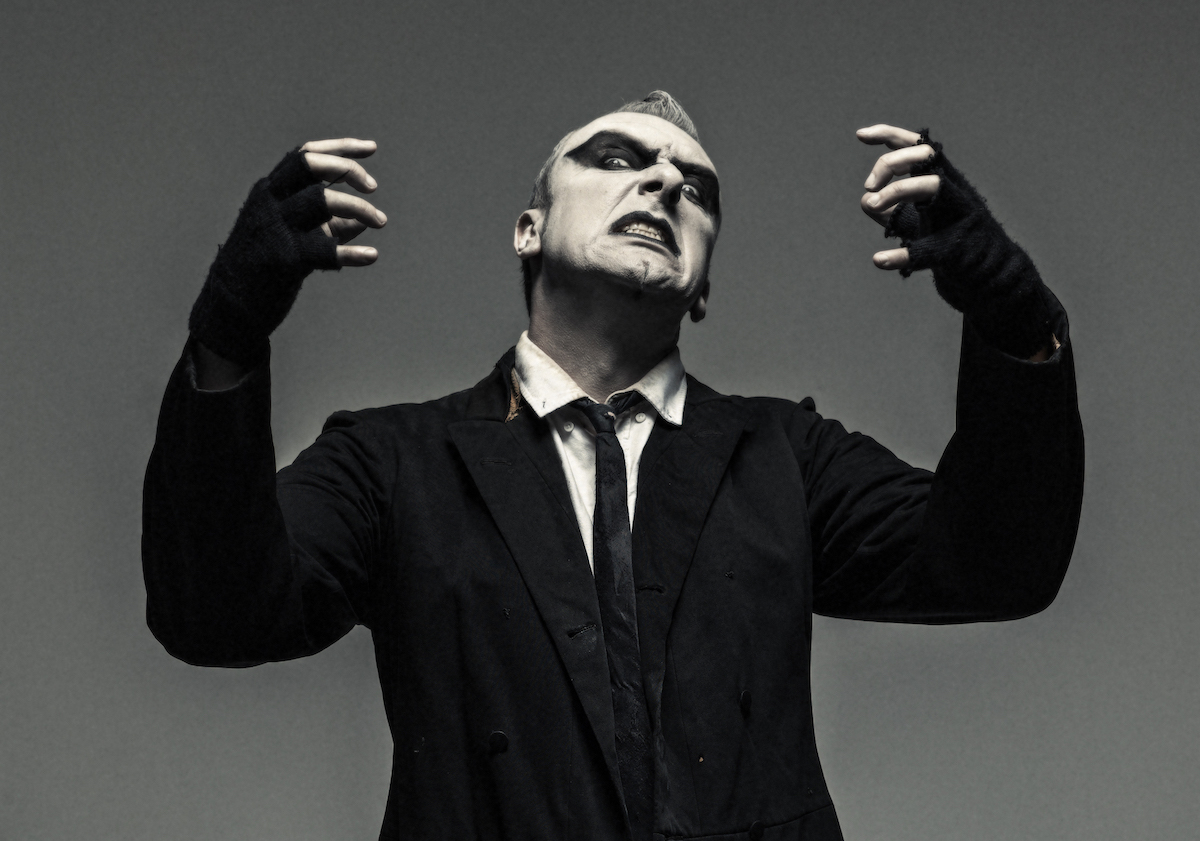 Since 2003, Gothminister has been blowing the music world away with their trippy sense of industrial metal. Now it’s time for the release of their new album ‘The Other Side’, and like all Gothminister albums before, this record drives a heavy industrial groove that carves out a strong identity rather than slip into the flow of overt familiarity. You wouldn’t be surprised to know they’re based out of Norway, given the familiar European industrial flow of the record. END_OF_DOCUMENT_TOKEN_TO_BE_REPLACED 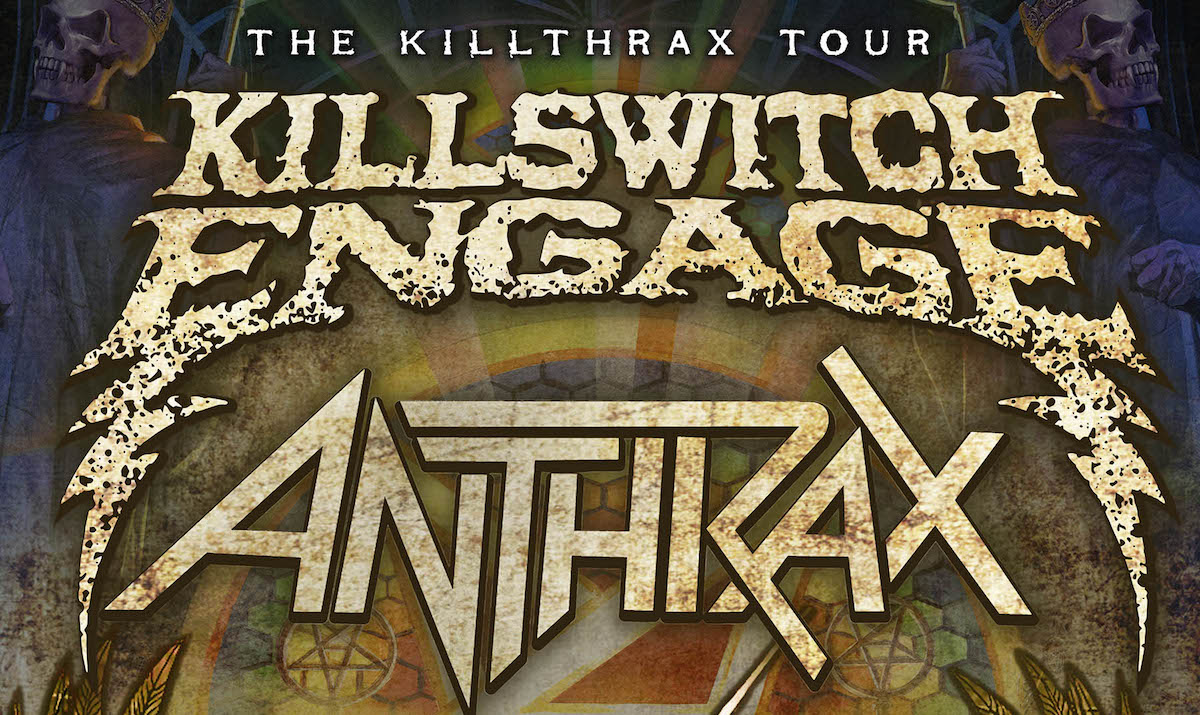 Anthrax and Killswitch Engage will bring their co-headline tour back to North America in 2018, with support act Havok. Check out the dates below: END_OF_DOCUMENT_TOKEN_TO_BE_REPLACED 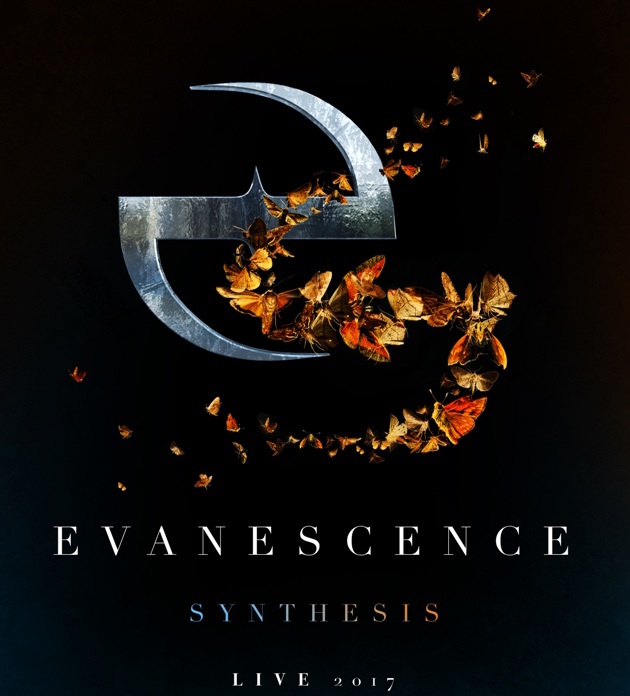 October 15th 2017, Greek Theatre, Los Angeles CA: When their debut album ‘Fallen’ hit airwaves worldwide in 2003, the gothic rock/metal band Evanescence was all the rage. Over the course of the subsequent decade, they followed it up with two successful albums ‘The Open Door’ (2006) and the self-titled effort (2011). Due to a variety of reasons, releases have come few and far between for this band, but in 2017, they have returned with their most ambitious effort yet, ‘Synthesis’, an assortment of previous material reworked with orchestral arrangements, plus two new songs. While this album still awaits its November 10 release, the band has begun touring North America to recreate it live with a full orchestra. For its second show, the tour arrived at a sold-out Greek Theatre in Los Angeles last Sunday October 15th, and as it turned out, the concert made for more than a mere nostalgia trip for those that know of Evanescence from that 2003 album. END_OF_DOCUMENT_TOKEN_TO_BE_REPLACED 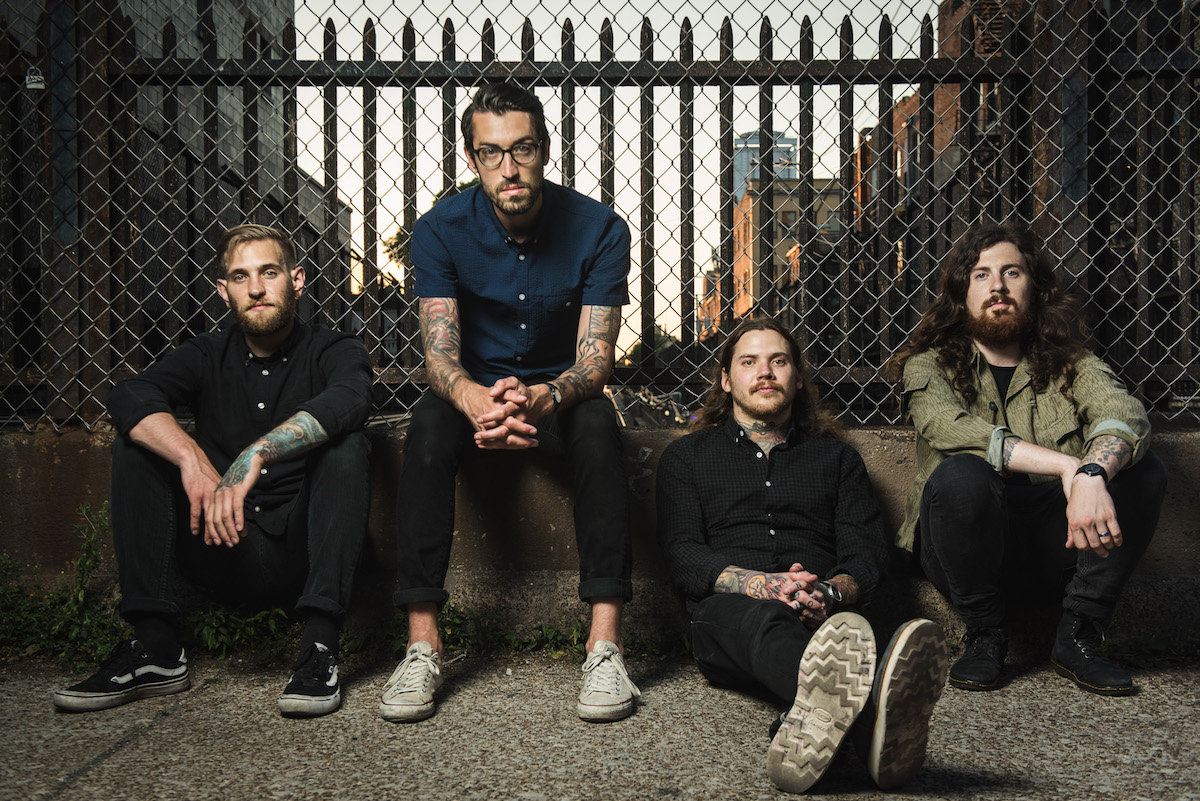 Dayton OH metalcore band The Devil Wears Prada is currently on the road on the ‘No Sun / No Moon’ North American headline tour, with support acts Veil Of Maya and Thousand Below. The three bands will visit Pomona, California for a show at the Glass House on Thursday October 26th. END_OF_DOCUMENT_TOKEN_TO_BE_REPLACED 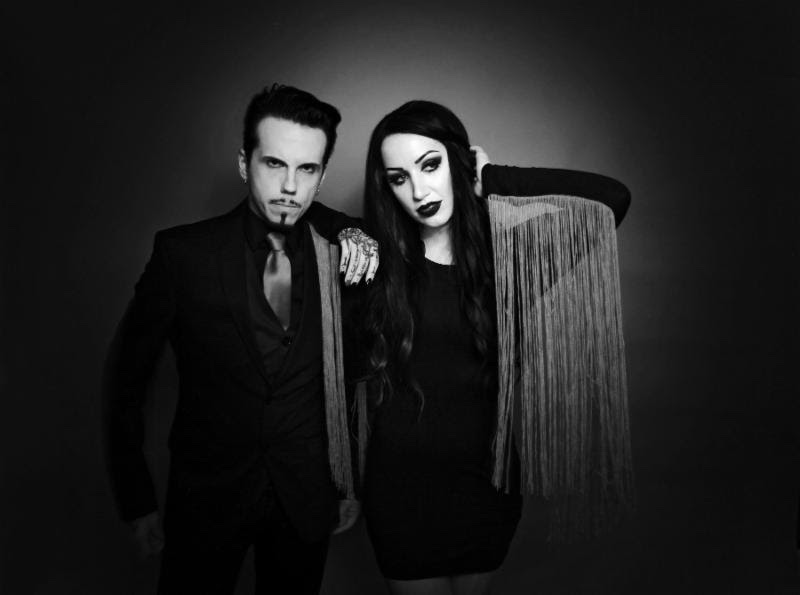 There’s something very special about The Haxans and their debut record ‘Party Monsters’. A power-duo featuring Ash Costello (New Years Day) and Matt Montgomery a.k.a. Piggy D (Rob Zombie), this is a band that describes themselves as “goth pop”. Delving into their debut record, it comes as no surprise that The Haxans have tinges of Rob Zombie-esque sound work given their goth-pop musicality and ties to Rob Zombie. There’s a lot in ‘Party Monsters’ that creates a unique sound that is The Haxans, as they very much do their own thing with this foundation. END_OF_DOCUMENT_TOKEN_TO_BE_REPLACED 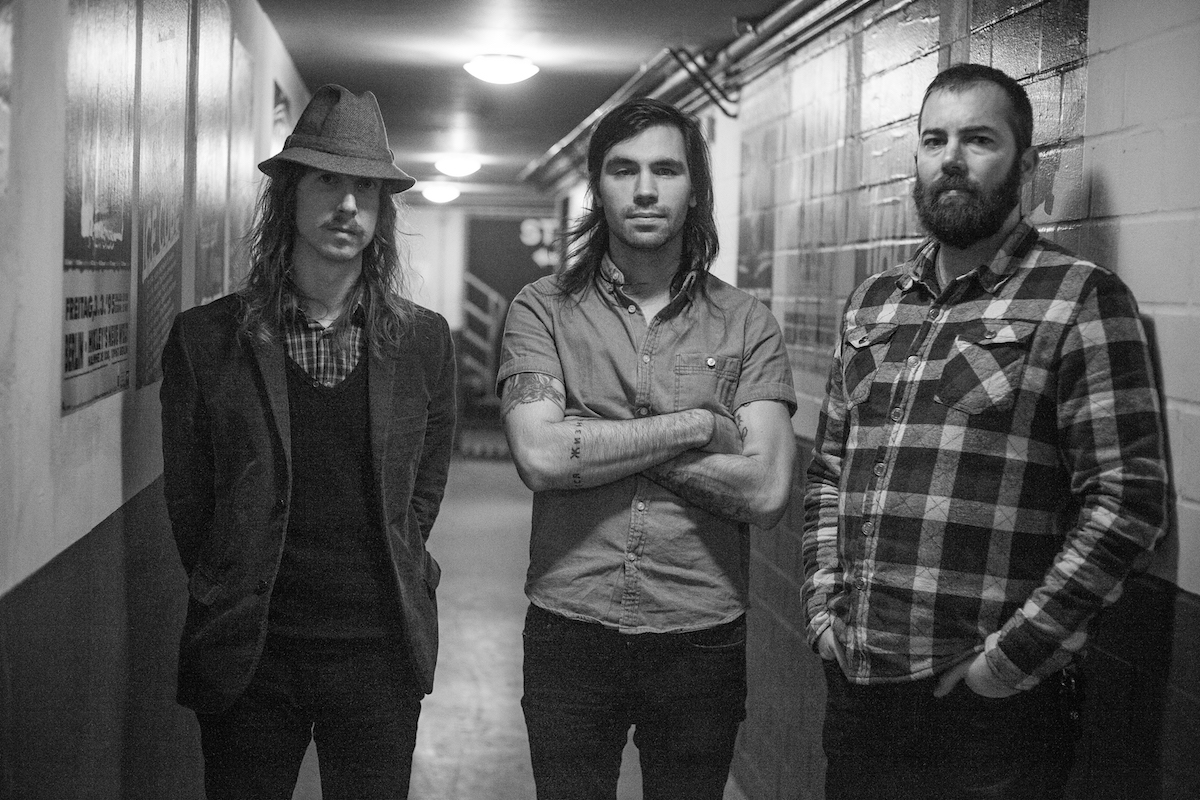 Chicago instrumental post rock/metal experts Russian Circles are in the midst of a massive North American fall tour supporting Mastodon and Eagles Of Death Metal, but are also doing an off-day headline show at the Constellation Room inside The Observatory Orange County in Santa Ana CA on Friday October 20th, along with support act Mustard Gas & Roses. END_OF_DOCUMENT_TOKEN_TO_BE_REPLACED