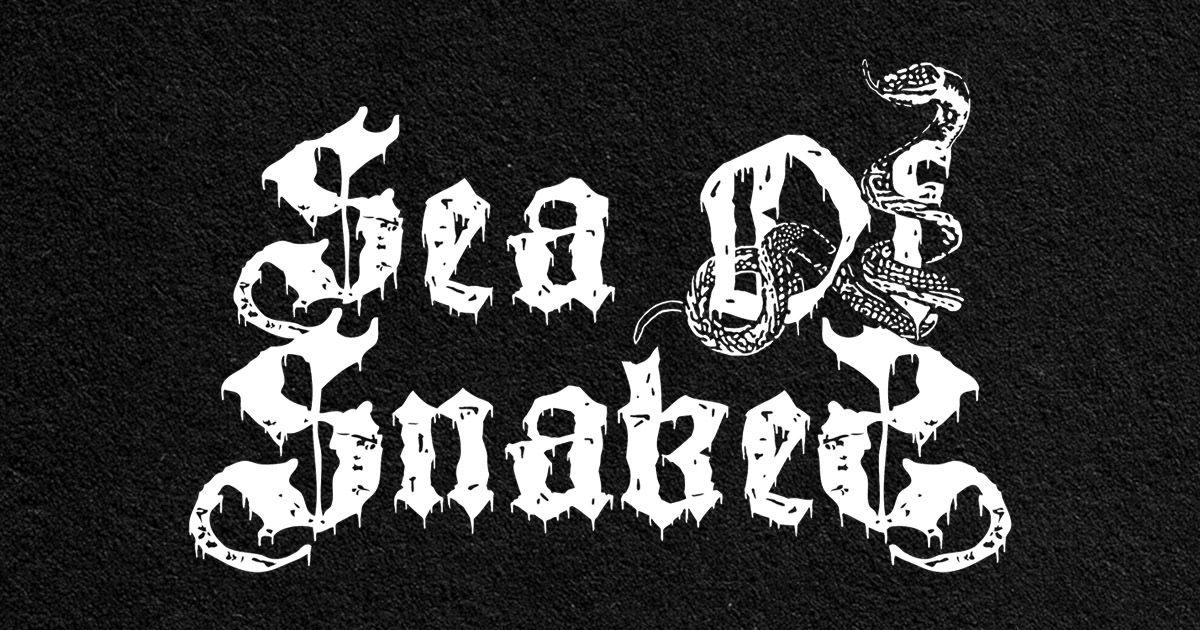 Metal Assault Records is stoked to announce its newest signing, a new band formed by seasoned veterans of the Los Angeles heavy music scene, a band that is set to bring the fire with their brand of fiery sonic heaviness.

SEA OF SNAKES was formed by longtime friends Jeff Murray of The Shrine (drums) and Jim McCloskey of MotorSickle (guitar), and the two were soon joined by heavy-hitting vocalist Tracy Steiger (formerly of Saul of Tarsus) and new-to-town bassist  Mick Coffman.  In the tradition of Down and C.O.C, Sea of Snakes offers up straightforward, fuzzed-out heavy metal.  The grit of bands like Black Flag, Judas Priest, Motörhead, and Alice in Chains is also present in all of Sea Of Snakes’ music.

With an aim to “be loud, be heavy, and do what the fuck we want,” Sea of Snakes is well on their way. And on that note, the band has signed with Metal Assault Records to release their debut EP, World On Fire, on April 2 2021. An animated music video for the lead single and opening track, “Let The Fire Burn”, will be unveiled on March 5, along with the pre-order launch of the EP on digital and physical formats as well as corresponding merch bundles. Readers and fans can now follow the new Sea Of Snakes bandcamp page and get notified with the pre-order launch and further updates.

Sea of Snakes recorded songs for this debut release at the storied Redondo Beach studio, Total Access Recording.  The band says, “We had our eyes set on recording at Total Access because of the bands that have recorded their before — like Black Flag, Dio, Black Sabbath, and St. Vitus. Once we had a meeting with (studio owner) Wyn Davis and gave him our demos, he came on to engineer and produce our first EP.”

Label owner Andrew Bansal further commented: “Sea Of Snakes is straight-up heavy music at its quintessential best, and this new project brings together musicians that come from bands that I’ve followed and admired for several years. These dudes put forth a solid representation of all that is great about the LA heavy scene, and I could not be more stoked to be the one to launch Sea Of Snakes with this debut EP on my label.”

Sea Of Snakes has this to say about the signing: “We have been aware of Metal Assault Records for a few years now. Metal Assault has a good street reputation in the local metal scene. We personally like a few bands on the label and considering we are located in the Los Angeles area as well as, it seemed only fitting. We like Andrews dedication to the bands and his desire to spread metal over the globe! We are excited to be releasing our World On Fire EP this year on Metal Assault!”