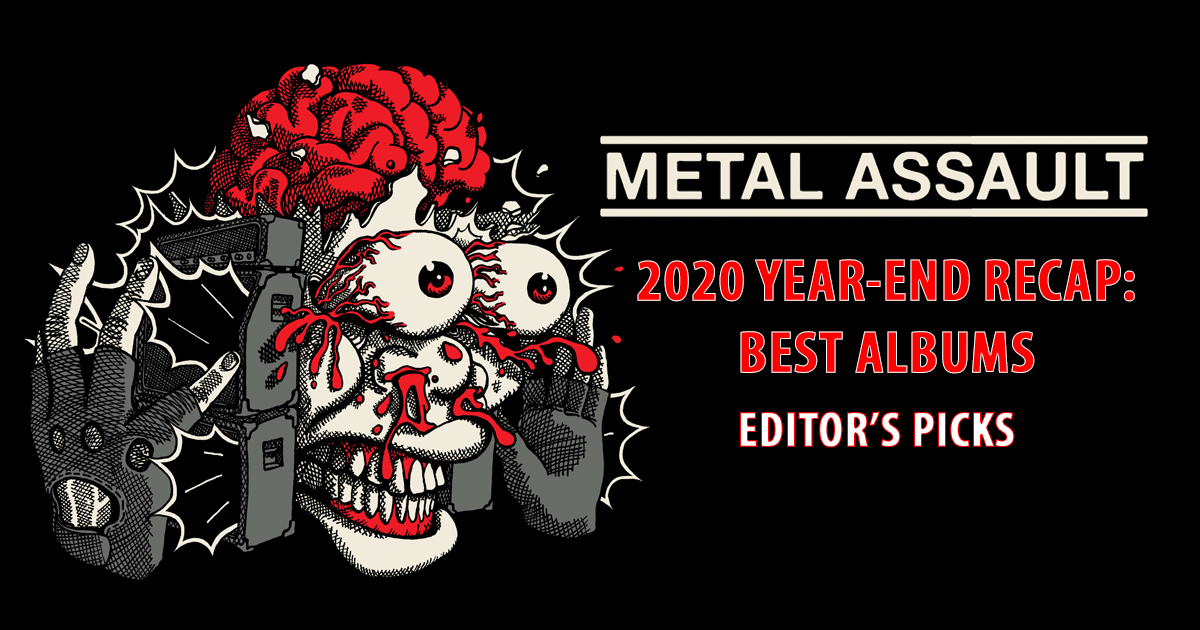 #5. PALLBEARER – Forgotten Days: One band that has taken the world of doom metal by storm in the last ten years is Pallbearer, emerging from the unlikely source of Little Rock, Arkansas and establishing their global stronghold with one stellar album after another. Pallbearer’s fourth full-length Forgotten Days is a mammoth doom saga that presents them at their most dynamic and powerful.

#4. MASTER BOOT RECORD – Floppy Disk Overdrive: The best surprise musical discovery of 2020 has to be Master Boot Record, the genius Italian composer who writes combinations of heavy metal and classical symphonic music and presents them in chiptune form. The prolific rate at which MBR releases new music is truly astounding. He released three full albums in 2020 alone, and all of them could have easily made this list. Floppy Disk Overdrive is the best of the lot because it’s the perfect introduction to MBR for metalheads. If this album does not get your blood pumping and heart racing, nothing will.

#3. HIGH PRIESTESS – Casting The Circle: Music is mostly perceived as a form of entertainment, but sometimes, albeit very rarely, it becomes something more. Casting The Circle, the second full-length album from Los Angeles-based trio High Priestess, is not merely 42 minutes of spellbinding psychedelic doom, it is a meditative, transcendental experience in and of itself.

#2. OCEANS OF SLUMBER – Oceans Of Slumber: Whilst the sub-genre of doom metal has enjoyed an undeniably strong resurgence in recent years, the variant of doom metal with pure clean singing is a rare species. Enter Houston, Texas group Oceans Of Slumber. The band’s self-titled album boasts lead vocals of the calibre that could rival singing from any genre of music, not just rock or metal. Vocalist Cammie Gilbert expresses herself to the fullest on this one, and the music punctuates it perfectly, altogether resulting in one of the very best albums of the year 2020.

#1. PARADISE LOST – Obsidian: For a band that helped pioneer an entire sub-genre and is 32 years deep into its career, it would be difficult to bear the burden of its past, to outdo its own previous creative efforts, and to even find the motivation to do so, with nothing left to prove. UK gothic death-doom legends Paradise Lost tick all these boxes, yet keep pushing their boundaries and deliver the goods, album after album. Obsidian presents Paradise Lost at its eclectic best, with Nick Holmes putting forth his finest vocal performance and Greg Mackintosh laying down some of his most memorable riffs. Stunningly epic and hauntingly beautiful, Obsidian is the magnum opus of 2020, the best the year had to offer.