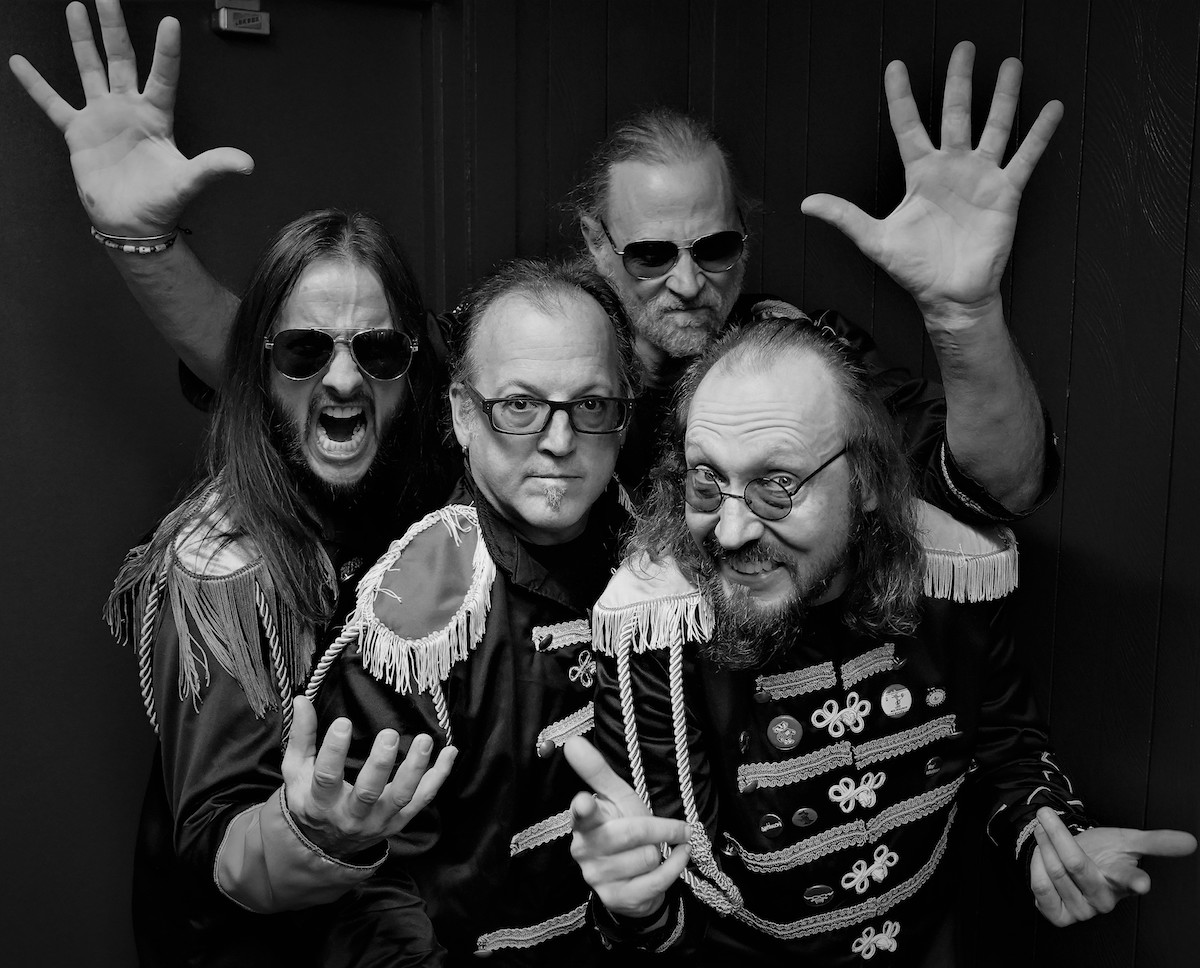 Globally touring mash-up metal band BEATALLICA has joined the MAR roster and will release their fourth full-length album, and their first in more than seven years, via our label in the year 2021. For those uninitiated, Beatallica brings the best of two distinct worlds together and puts their own creative spin on it, lyrically and musically. Beatallica, as the name might suggest, is the band’s unique take on a Metallica / Beatles mash-up.

Metal Assault first got introduced to Beatallica in 2010 when the band toured the West Coast and performed at the now defunct Key Club in West Hollywood, putting on the kind of performance only they can. Subsequently, we interviewed Beatallica and kept track of their progress over the years, as they took their show on the road all over the world, garnering a global fanbase, to go with heaps of praise from members of Metallica and the like, as well as from journalists everywhere.

Whilst we wait for the new album to get ready for release, Metal Assault Records has hereby added Beatallica’s three existing full-length albums to the band’s new Bandcamp store, and these albums can be purchased here: beatallica.bandcamp.com

“It was pretty amazing…I’m glad there’s people like that in the world.” – James Hetfield

“I think it’s cool when people do sh*t like that.  It’s not flattery, it’s just fun for me.”– Kirk Hammett

“Beatallica combines the best elements of rock royalty into a monster mash-up that never stops rocking and leaves the listener in a state of hysterics.” – Revolver

“Because of the marvelous imagination and creativity of four performers, we have the must-be-heard-to-be-believed outfit, Beatallica.” – Metal Edge

Forged from the influences of two of history’s greatest bands, Beatallica are the world’s first live mash-up or “bash-up” band. Their wit, creativity, subversiveness, and flair are as sharp as the point they make. Beatallica destroy the boundaries of creativity and reveal how original compositions of music can be crafted for those who identify with humor and biting commentary. All the while, they show appreciation and reverence to The Beatles and Metallica, grandfathers of their respective genres.

In August of 2009, Jaymz Lennfield, Kliff McBurtney, Ringo Larz, and Grg III unleashed their sophomore full-length, Masterful Mystery Tour on Oglio Entertainment and distributed by globally through Universal/Fontana. Their technically brilliant musicianship and uncanny ability has lead to the creation of song titles such as “Hero of the Day Tripper”, “I Want to Choke Your Band” and “Got to Get You Trapped under Ice”. The videos for “Hero” and “Fuel on the Hill” can be found on viral and mass media sources everywhere. This triumphant return was a follow-up to Beatallica’s debut, Sgt. Hetfield’s Motorbreath Pub Band, which promptly went to #9 on Billboard’s comedy music chart in the U.S.A. and #1 on Tower Records’ chart in Japan when released in 2007. The singles “Revol-ooh-tion” and “A Garage Dayz Nite” have become fan favorites and live show classics.

In 2008, Beatallica did the unthinkable and unleashed the All You Need is Blood maxi-single. The vocals on the recording were done in 14 different languages and set a new bar for creativity and perseverance. 2009 saw the
release of Winter Plunderband, a holiday EP that features not only mash-ups but Beatallica original material.

2013 marked the release of Abbey Load and Beatallica’s tackling of the classic rock medleys teamed up with their own brand of sonic power. The tunes are moody, brooding, and musically cynical, and the
collection highlights the band’s one-of-a-kind creativity.

Beatallica have chalked up appearances with Sammy Hagar, Clutch, members of Mastodon, Jerry Cantrell and Billy Duffy, Motorhead, Testament, Steven Adler of Guns and Roses, L.A. Guns, Sepultura, and many more metal/rock favorites. They have reached headlining status for open-air festivals in both the United States and Europe. A stop in Busan, South Korea and press throughout Japan, South America, and Australia highlight the extent of Beatallica’s international stronghold. Beatallica’s websites have sustained millions of hits and the band’s presence continues to grow at a rapid pace. Peers who make their living in the music and media professions have lauded the band’s continual efforts of musicianship, solidarity, comedy, and originality.

Beatallica continue to change the face of music on the internet, in live settings, and over radio waves around the globe. They flourish with music lovers from all areas of the world at their side. Throw your fist high into the air, become a Beatallibanger, and open your mind to a one-of-a-kind brand of musical mayhem.