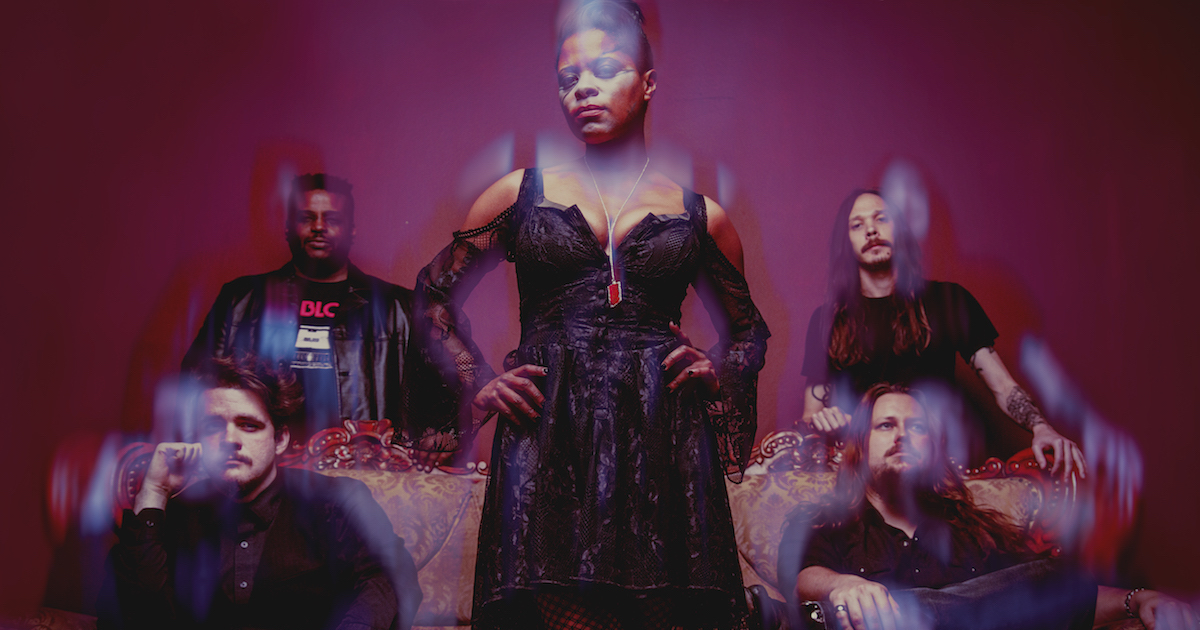 Metal Assault Records / Metal Assault Management are absolutely delighted to bring you a major update from the OLD BLOOD camp.

The Los Angeles doom unit will release their second full-length album, Acid Doom, on August 28 2020 via Metal Assault Records and DHU Records. This is the long-awaited follow-up to the band’s stellar self-titled 2016 debut LP, and also marks the first album featuring vocalist Lynx, who joined the band in 2019.

Most bands put out a self-titled release at some point during their careers, but not many get to do it twice. Acid Doom is the term coined by Old Blood to define their identity, and rightly so, as this band has certainly forged its own, even in their relatively short existence thus far. It is only apt for Old Blood to follow their self-titled debut with an album of this name, and more so because with Lynx at the helm, Acid Doom defines Old Blood in its current incarnation. Produced, mixed and mastered by Rev. Tom Chandler in Glendale, California, the album is epic and massive in every sense of those words, and is sure to mesmerize hardcore fans and first-timers alike.

Acid Doom will be released on limited-edition vinyl in multiple color combinations, plus a very small number of test pressings with alternate artwork will be made available to the public. Pre-orders are launching on Friday June 5 at 00:00 PDT / 07:00 GMT / 09:00 CEST, via the OLD BLOOD web store and 19:00 CEST via the DHU Records web store. The first single, “Veinscraper”, and its corresponding music video, will also be revealed on June 5, to coincide with the pre-order launch.

* All LP pre-orders will come with free digital pre-order of the whole album, and instant download of “Veinscraper” *

In addition to these standalone LPs, the band will also be offering bundles, which give fans all around the world more bang for their buck, and some exclusive perks:

This bundle comes with an instant download of the song “Lake Bottom”, a perk exclusive to this bundle only.

What the press has said about OLD BLOOD:

– ” One of the most exciting acts to come out of Los Angeles, California this decade, is without doubt, Old Blood.” – Doomed and Stoned