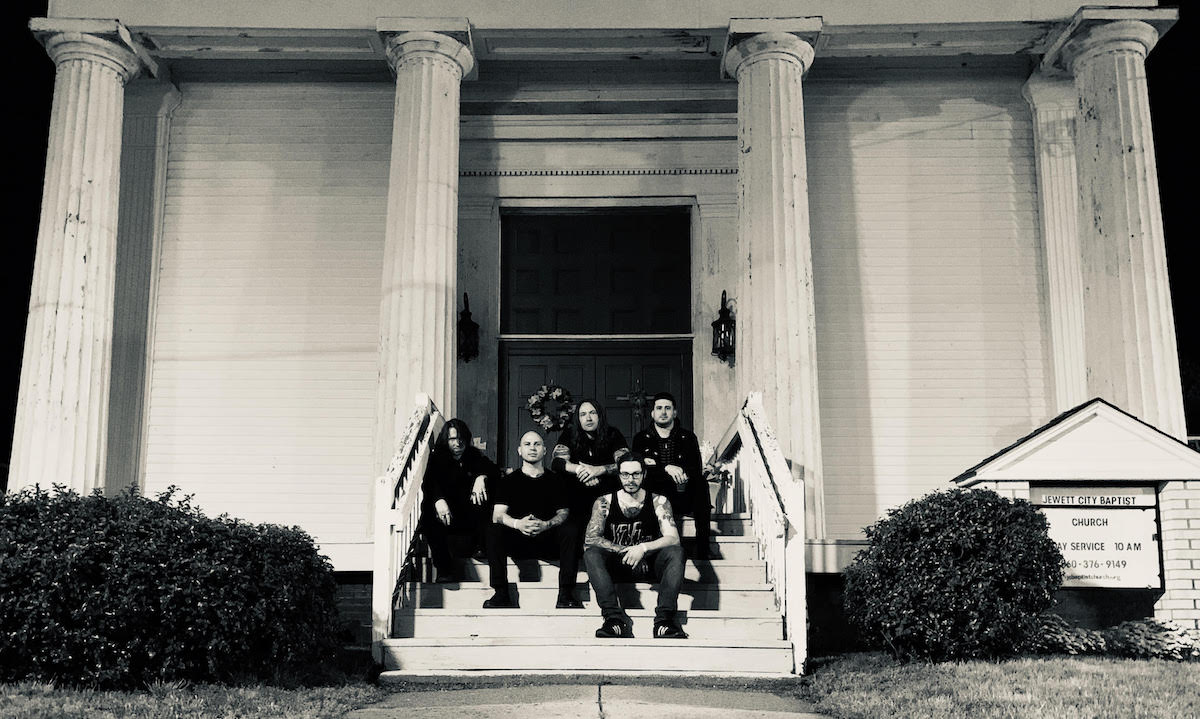 Metal Assault is extremely excited to bring you an exclusive album premiere, featuring the sophomore effort by a killer heavy psych band on one of our favorite record labels.

The recent resurgence of psychedelic rock and stoner metal is no coincidence, and certainly isn’t a fad; instead it is quite clearly and simply the heavy metal genre going full circle and returning to its very roots, to a creative approach revolving around simple, precise, heavy guitar riffs, decorated with bluesy guitar and vocal leads, enveloped by unmistakably doom-laden vibes, and visualized by occult themes. New bands have emerged all over the world embodying this ethos, including countless bands in the United States alone. Based out of New Haven, Connecticut, BONE CHURCH is one such band. Having started out in 2016, they stormed the gates with their self-titled debut a year later, and are now ready to unveil the follow-up. Acid Communion is an undeniably strong set of tunes that would no doubt satiate the desires of any and every fan of all things heavy and psychedelic. The album is releasing Friday The 13th via Ripple Music and can be pre-ordered here. Metal Assault is most delighted to give you an exclusive stream of the entire album two days prior to its official release.

Guitarist Dan Sefcik elaborates on the album, “Thematically, Acid Communion was inspired by the same things that inspire the band as a whole. Horror films, scary stories, the occult, religion. The same stuff that I’ve been fascinated by my whole life. On this album however, I wanted to dig even deeper to the folklore and imagery of New England. Connecticut has a very rich history of the macabre and general spookiness-for lack of a better term. Prior to the Salem witch trials, CT had the first recorded execution of an accused witch and a massive witch panic to follow. Perhaps the first ‘satanic panic’ of the new colonies. You can see the remnants of that period all over New England still, in virtually every town. The old houses, barns, churches and rock walls are still here. I really wanted to immerse the listener in that world. The lyrics are the biggest part of that of course, but the art is key as well. There’s an incredible New England folk artist named Will Moses that paints these aerial scenes of little villages, brimming with life. His work was the main inspiration for the album’s art, but a much more sinister version. We reached out to Solo Macello for the album art and he absolutely crushed it. He essentially changed the perspective from a distant observer to a person living within the village. A witness to the insanity. The album art sets the world you want the listener to experience the songs in. 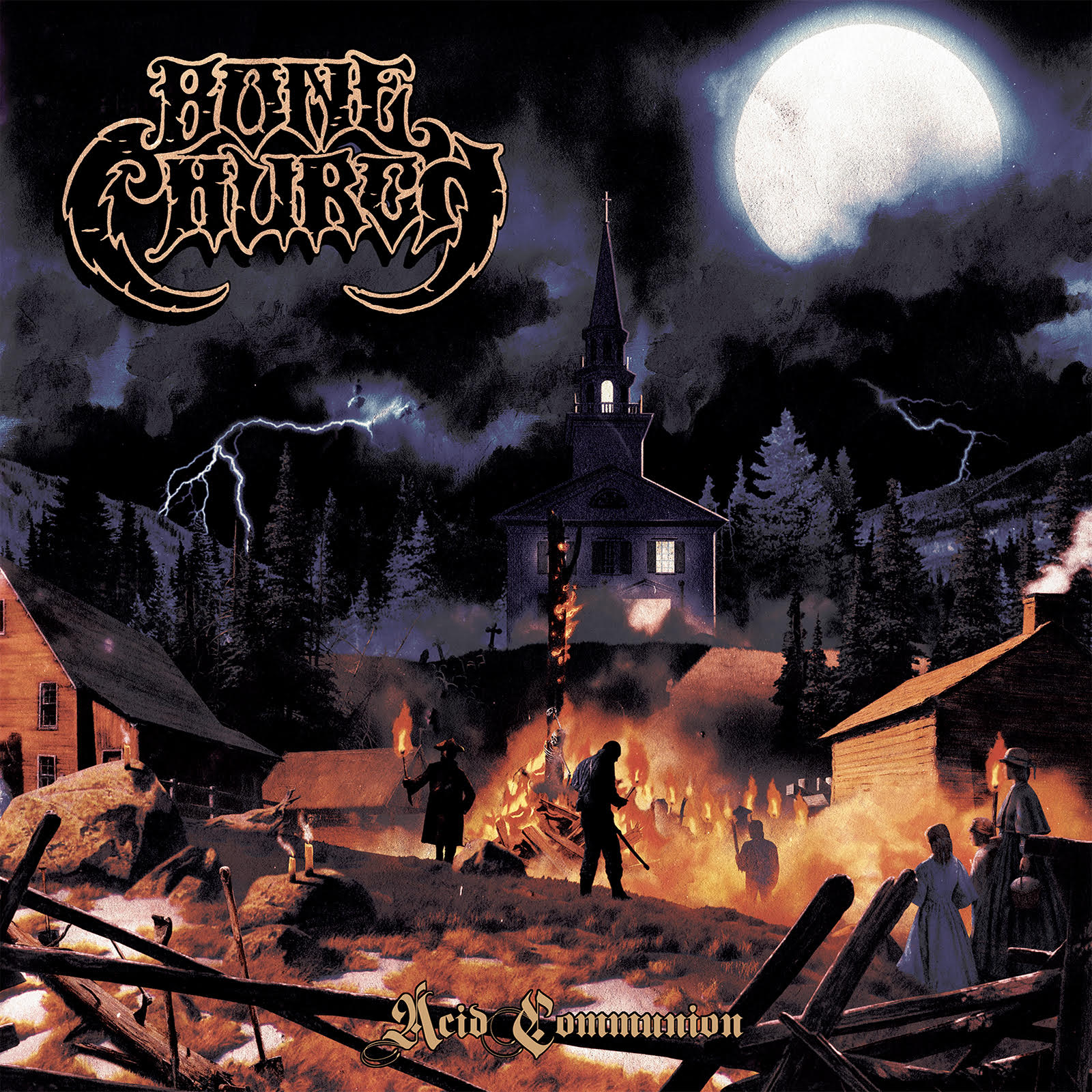 Now fore personal inspirations … My father is a mortician, and has been my whole life. Before we had our own van (the bone mobile) we were borrowing his work van for shows, which he uses to transport bodies. A literal bone mobile. The famous ghost hunters/demonologists Ed and Lorraine Warren lived just 15 minutes from us. My friend once sent them a very creepy video we filmed in the notoriously haunted Union Cemetery, of a little hunched over creature running between graves. According to them it was a ‘druid demon.’ The priest who performed my actual communion as kid, was also a legitimate Roman Catholic Exorcist for New England. And finally, our bassist Pat Good’s ancestor was the infamous witch Sarah Good. Who was hanged during the Salem Witch Trials… I can go on forever about this stuff. Just suffice it to say we love rock N roll and everything spooky. The combination of the two is BONE CHURCH.”