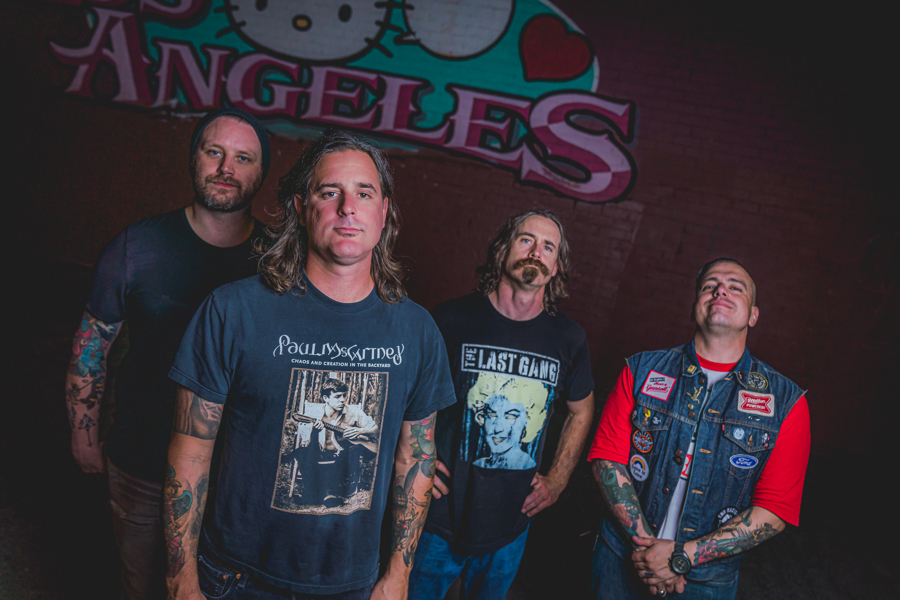 Metal Assault Records is pleased to reveal the first band confirmed for Volume 3 of the label’s cassette tape compilation series, releasing this summer.

Metal Assault Mixtape: Vol. 3 will feature a brand new, previously unreleased, as-yet-untitled track from Riverside, California heavy rock / metal quartet, THE SLEEPING SEA KING. Formed in 2008 by two lifelong friends Andre Morales and Joey Kohorst, TSSK continues strong today with a blend of heavy guitars and melodic vocals. Think Mastodon, Kyuss, The Sword, Clutch, Queens Of The Stone Age, and even a bit of Crowbar, Refused and Megadeth, and you might be closer to defining the TSSK sound.

TSSK says about their band and this release: “We often say we’re ‘the best unsigned heavy band in the land’. We are currently in the studio with legendary producer Cameron Webb (Motorhead, Megadeth, NOFX, Pennywise, Alkaline Trio, The Last Gang and more) working on putting the finishing touches to the music we will release in 2020, which of course includes a track exclusive to Metal Assault Mixtape: Vol. 3! Our fans are considered as family to us and we are genuinely excited for not only what we’ve done but what we’re about to do.”

Metal Assault has worked with TSSK on one of our events in the recent past, and prior to that, we have witnessed some of their pristine, high-impact live performances. This is exactly the kind of band we are attempting to feature and promote on our mixtape projects, and we are psyched to officially announce TSSK as confirmed. Metal Assault Mixtape: Vol. 3 will be released in August 2020 on limited-edition cassette tape plus digital download. More details and band announcements will follow in the next few weeks, including the launch of pre-orders. Watch this space …