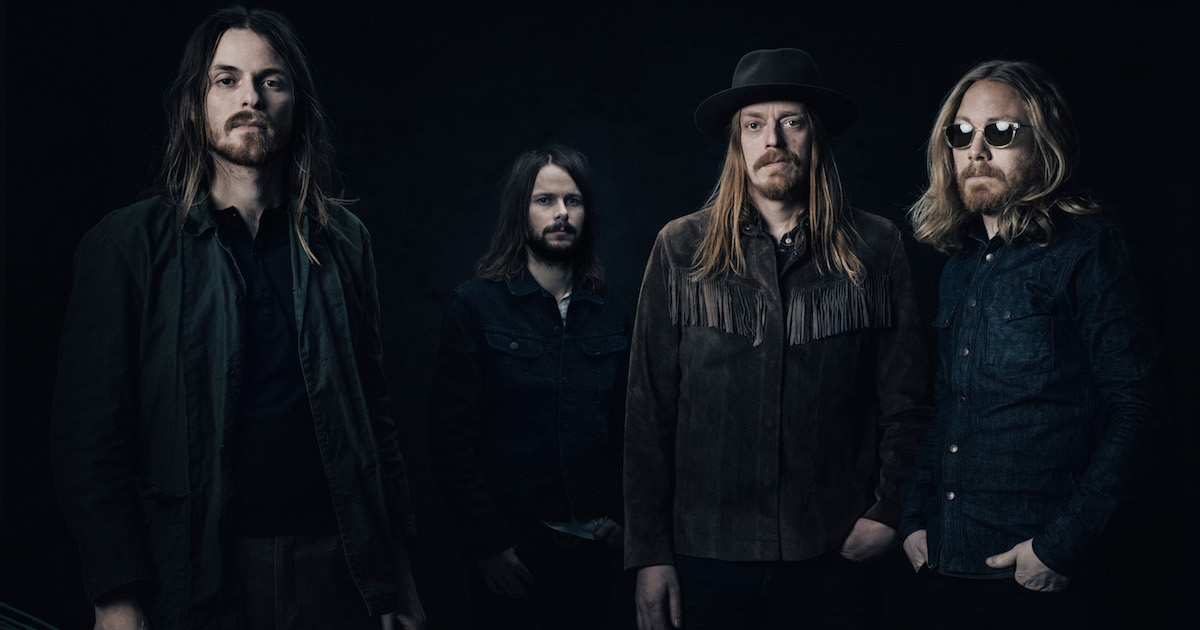 In the last decade or so, Swedish band Graveyard has mastered the art of classic hard rock. From their 2006 inception to now, the group has steadily emerged and built up to become one of the dominant purveyors that are keeping the genre alive and kicking, with their fresh take on an age-old style of music. Graveyard’s fifth and latest studio album Peace was released in 2018 via Nuclear Blast Records, and witnesses the band’s coming of age into one of the finest groups of dynamic songwriters and musicians. Performing songs new and old, Graveyard is currently on a co-headline North American tour with Uncle Acid & The Deadbeats. Last Tuesday March 12, guitarist/vocalist Joakim Nilsson spoke to Metal Assault about all things Graveyard. Enjoy the chat below, get a taste of the new music, and catch the band on tour!

Joakim, it’s good to talk to you again. It’s been a while! You’re currently on a co-headline US tour with Uncle Acid. How are you feeling at this point?

Really good! We haven’t had too many shows on the tour yet, but so far it’s working out great!

Awesome to hear. On this tour, how long are you playing and what can your fans expect from you in terms of the type of songs you are performing?

We are playing a full 75-minute set, which is pretty much our full set for a US tour anyway. There’s a lot of new songs this time, but also a mix of all of the other albums too.

Your newest album Peace, which you put out last year, I thought it’s definitely more dynamic, within each song and also from song to song. How’s that fitting into the live show, specially when combined with the older material?

I think it’s something we’ve always done on all of our albums, but you might be right, it feels like there’s more of that on this new album. We’ve always enjoyed doing fast songs, slow songs, and some songs in between (laughs). So it definitely works in the live show too, and keeps things interesting for everyone.

Totally. Obviously, Graveyard has been around for quite a few years and I’ve been following the band’s progress since the beginning. But I think right now, your style of classic hard rock, has become more popular than it was when you started. Have you felt that difference at all?

Well, I think throughout our career we’ve been growing little by little all the time, and I’m not sure if we notice a really huge difference. I think you’re right, but I feel that what you’re saying may be applies more to the “stoner” rock style. I don’t know if we really fall in that category. Bottom line is, we’re just doing our thing, like we always have (laughs).

That makes sense. So, this tour is a a co-headline run with Uncle Acid. Does it feel like a bigger tour than what you’ve done in the past, in the US at least?

Yeah, it’s a lot bigger for sure! We haven’t really played such big shows in the US before, except when we opened up for Motörhead, but we were the opening act on that one. And we’ve done festivals and stuff, but as a headline or co-headline tour this is definitely the biggest we have done so far.

And I think it’s been at least 3 years, if I’m not wrong, since the last time you were in the US. That’s a good thing, specially for a band from Sweden, because there’s so many bands touring here all the time and sometimes even I feel that it’s not exciting anymore to see such bands every time. But you guys have had a little gap.

I guess it took a little longer than we wanted to, but like you said, it’s nice to be here after a gap, otherwise may be no one will come to the shows anymore if we are here all the time (laughs). We try to come at least once a year to the US but we had a little break this time, we also had to record the new album and things like that, so it took longer than we wanted to, but we’re not doing the same cities over and over again, we’ve changed it up a bit.

Your Los Angeles show is coming up at the Wiltern this Friday, certainly your biggest LA show till date. That’s something I’m sure you are looking forward to.

Yeah, it’s going to be amazing! I think it’s going to be really fun. On our own, it’s definitely the biggest place we’d have played in LA. We’ve played with Motörhead before and that was pretty big, but this one seems like it’s even bigger. I can’t wait!

When you guys were starting out, or in the earlier days, the shows were in smaller venues, whether it be in the US or anywhere else. But now it’s these bigger venues. How do you feel about that in terms of the performance itself? Do you feel any difference on stage?

After this tour, what else does the band have planned for the near future?

Coming back to the new album Peace, what are some of your favorite songs to perform live, and how do you think people have reacted to the newer songs?

All the songs from the album are still new to us, but I like playing “Cold Love”. There’s a lot happening within that song and I always enjoy performing it. That, and “Please Don’t” are my favorites. As for the reaction, it’s hard to really tell, but it seems like it’s going pretty good and people are starting to learn the new songs a little bit (laughs). I mean, not as good as the older songs, of course, but it’s natural and it takes a while. I think the new songs are working.

What are you currently listening to, whether it be on tour or in your leisure time?

Since we’re playing so much hard rock, I don’t listen to hard rock as much, specially on tour, you know (laughs). So I usually end up listening to jazz or something like that.

One last thing I wanted to ask you, coming back to what we were talking earlier about the popularity of this type of hard rock music. The style of classic hard rock that you play, do you think it will always be there and will always exist, regardless of any trends going on around it?

Absolutely! I think it will always be there, bubbling under the surface. When I started playing, there weren’t any bands playing this type of music. The first band I was in, called Norrsken, there was nothing around them in terms of newer bands at the time. But the love for this kind of music doesn’t disappear ever, so it always finds a way to survive. People are never going to stop listening to the rock classics, and they’re going to be around forever, so there will always be people interested in playing this kind of music and starting new bands.

Catch Graveyard at the Wiltern in Los Angeles, this Friday March 14! 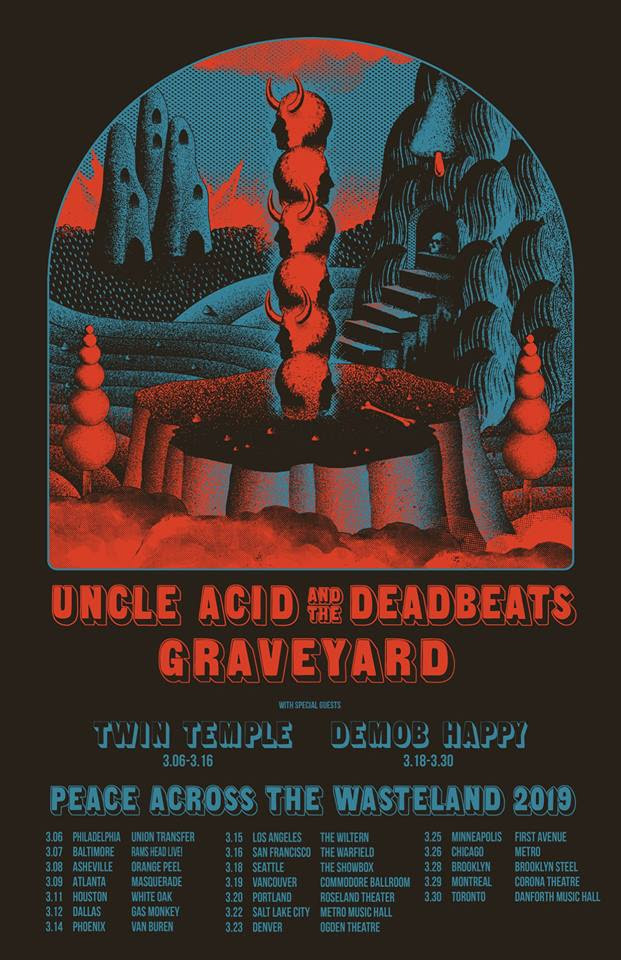