Los Angeles post-metal group DAWN FADES is releasing their self-titled debut album this Friday February 8 via Metal Assault Records. One day before release, the band has unveiled the entire album via an exclusive premiere on esteemed doom-centric YouTube channel, Stoned Meadow Of Doom. Listen to Dawn Fades, LA Weekly‘s pick for ‘Album Of The Week’, using the YouTube player below.

Dawn Fades is available on limited-edition gold vinyl and regular black vinyl (individually and as part of shirt+vinyl bundles) and on all digital platforms. Pre-orders are live on the Metal Assault web store. All vinyl orders come with free digital download of the entire album. All digital pre-orders via the Metal Assault Bandcamp come with immediate download of “Lean”, “See” and “Freeze”.

In other news, Dawn Fades is confirmed for an album release party in their hometown, Saturday February 16 at the Old Towne Pub in Pasadena, wherein they will perform the debut album in its entirety.  Later in February, the band will also embark on a West Coast mini-tour with fellow LA post-metal group Karas.

What the press is saying about Dawn Fades:

“The spectrum traversed within this music is sourced from a place of symmetry, where a sonic duality is explored and encompasses both fierceness and finesse.” – Riff Relevant

“Dawn Fades ensure “Freeze” will have you in a constant kaleidoscope of twisting chaotic tensions.” – Doomed & Stoned

“If you are a fan of post-metal–or perhaps similarly uninitiated–this debut will undoubtedly prove an intriguing and satisfyingly immersive experience.” – Sleeping Village Reviews 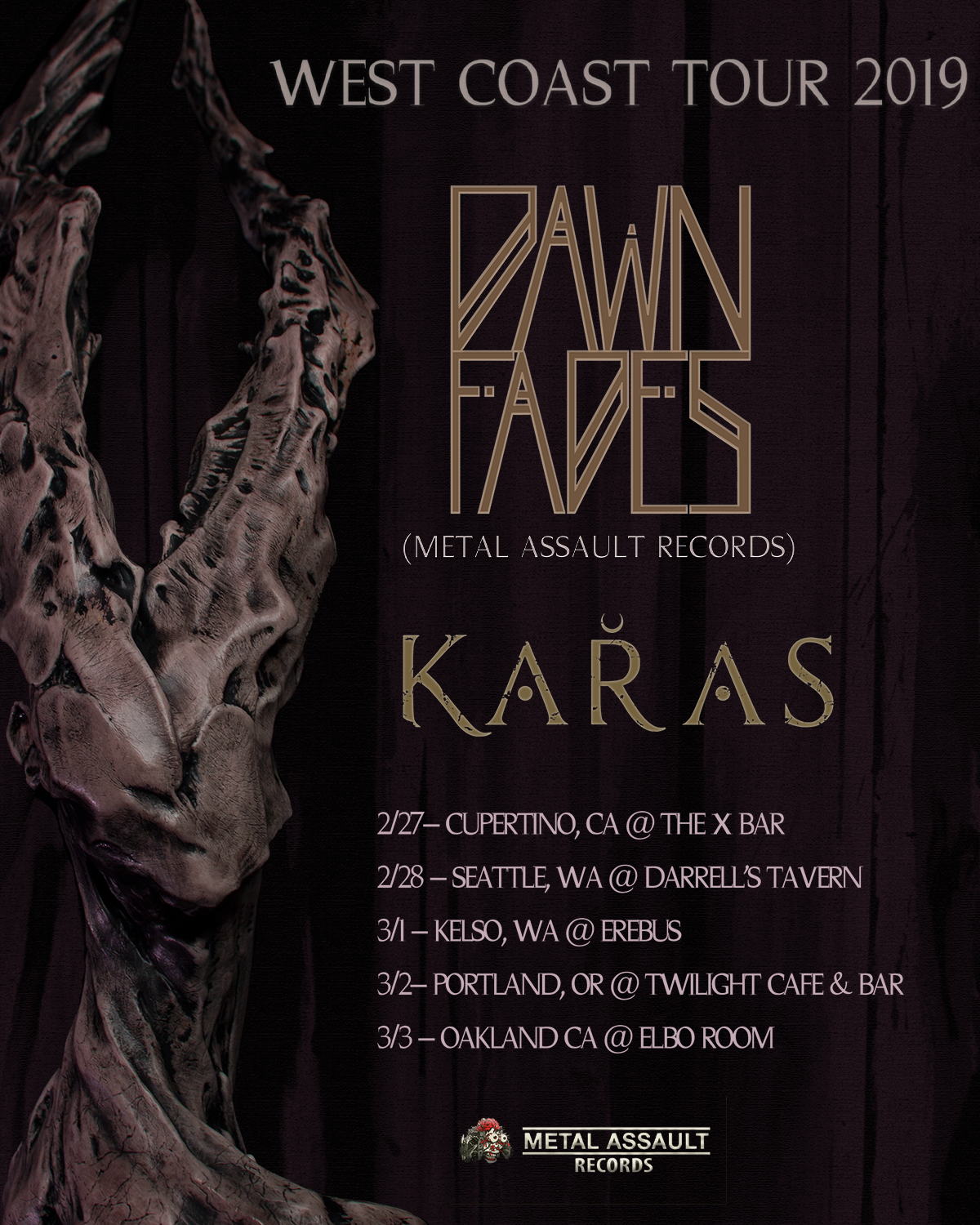