Los Angeles based instrumental doom / post-rock group GOLIATHAN is releasing their new album Albion on November 16 via Metal Assault Records, and has revealed its title track, now streaming right here on Metal Assault. Listen to the track in its full glory using the SoundCloud player below.

Goliathan says about the track: “Albion as an allusion to anomalies of the past… ancient, timeless, disturbing. The unsettling realization that this will still be here when we’re dead; festering along with our guilt. Albion is the oldest known name of what is now Great Britain; the Aberration emerges from Vaalbara, splitting it in two. It arrives in Albion. The album begins where the story ends. It’s a loop.”

Sean Beavan (NIN, Marilyn Manson, Slayer) mixed the album: “Recorded live and full of doom ferocity… [Goliathan] bring their personalities together to create synergy and to channel aggression into art.”

To celebrate and launch the release of Albion, Goliathan is set to play a hometown record release show (presented by Metal Assault), at the 5 Star Bar in downtown Los Angeles on the date of the release, Friday November 16. Entry is free with pre-order purchase of Albion via the Metal Assault web store.

Based out of Los Angeles, California, Goliathan is an instrumental doom quartet comprised of four unique artists who found common ground in an artistic expression of catharsis, doom, and rebirth.

The idea of Goliathan first came about in 2006 when Philadelphia punk veterans, childhood friends and longtime artistic co-conspirators Shawn Doster and Kevin Cogill found themselves living together in Los Angeles after a tour van broke down. It was then that the duo started to explore moodier and more mature frontiers, transcending the boundaries of the blackened crust music Shawn had been writing up to that point. After gestating for a full ten years, Goliathan finally found steady footing with Neal Gardner and Philip Bailey completing a perfectly balanced, permanent lineup. In 2016, the band released their debut EP Awakens, and began performing locally, garnering a unanimously awe-struck reaction from all who would bear witness.

Neal Gardner is an accomplished and versatile composer, producer, and educator, masterfully fluent in music theory who has found a home writing and playing bass in Goliathan. Drummer Phillip Bailey was a founding member of Systematic, discovered by Metallica’s Lars Ulrich, and signed to his Elektra imprint The Music Company before moving on to do session work in the Bay Area and Los Angeles. Shawn and Kevin (a.k.a. “Skwerl”) flank the rhythm section with dueling guitars and a telepathic chemistry refined over nearly 25 years of playing together. 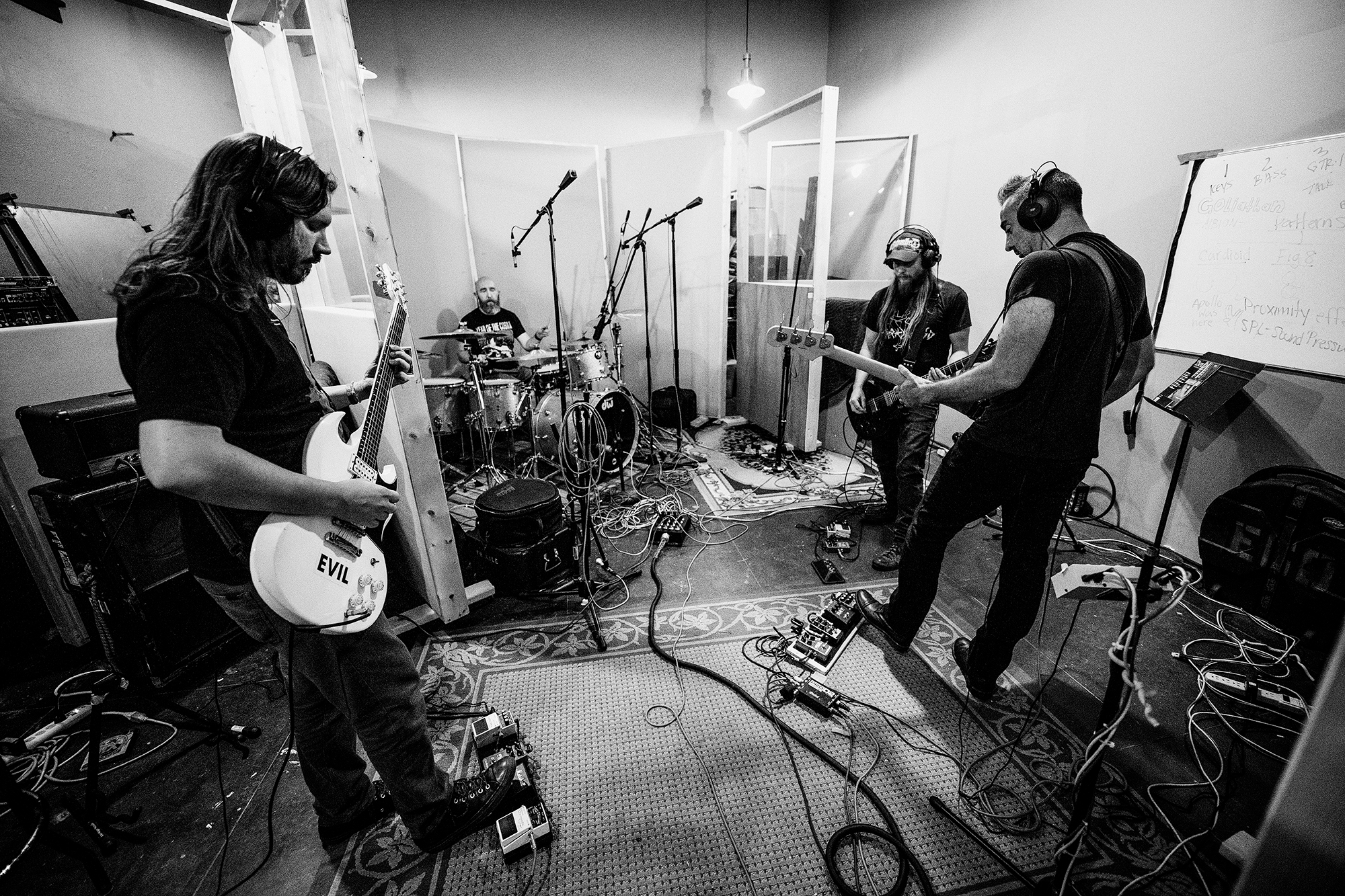 Each song is a cinematic journey, evolved over months (if not years), a chapter of a sprawling, ongoing story. This story begins with mankind’s hubris and gluttony, and the ignorant, wanton abuse of a rich and resourceful planet. The mysterious and ancient beast known as Goliathan is an invincible and inevitable reflexive force of nature that has arrived to correct the balance between what is taken and what is given. The end of human existence will not be lamented, nor celebrated. No words shall be heard, let alone remembered, and all monuments and constructions will crumble quickly to dust. The story ends with echoes of Goliathan’s crushing justice, reverberating for eons across a healthy, thriving planet.

The band often acknowledges its hemispheric approach to songwriting: Shawn and Skwerl are self-taught punks, “raised by wolves” as the story often goes, while Phillip and Neal are seasoned, surgical professionals. All four members contribute to a songwriting process through which feral sketches are refined, and textbook structures are tousled by just the right amount of chaos. While the aesthetic of the music is very much centered around doom in every sense of the word, Goliathan can be stylistically described as a blend of doom metal, stoner rock and post-rock. Fans of any of these sub-genres would find a lot to love upon first listen, and would discover multiple layers upon repeat listens and deeper exploration.

The beast that is Goliathan has come to life as an invincible force of nature, and is ready to crush everything in its path. 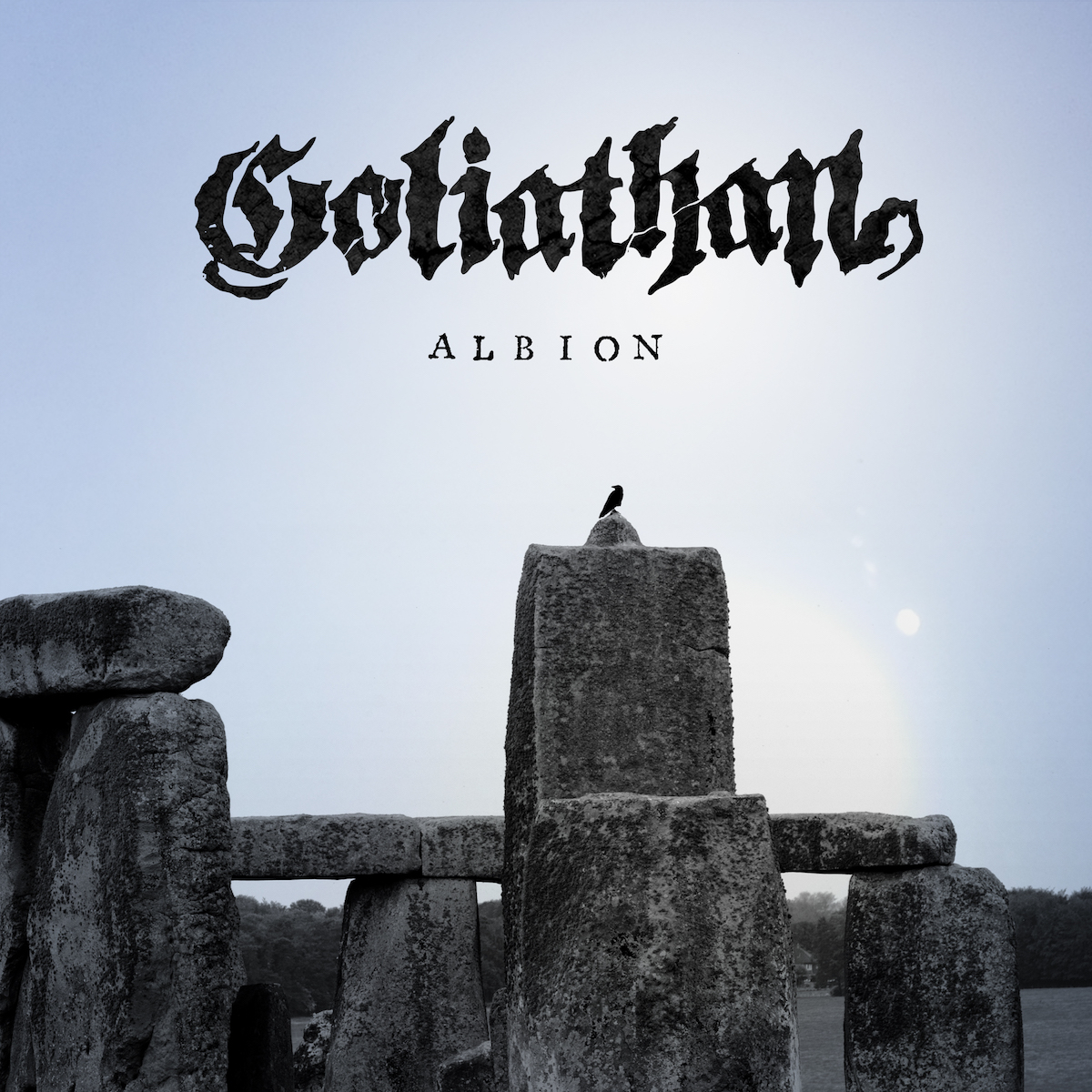