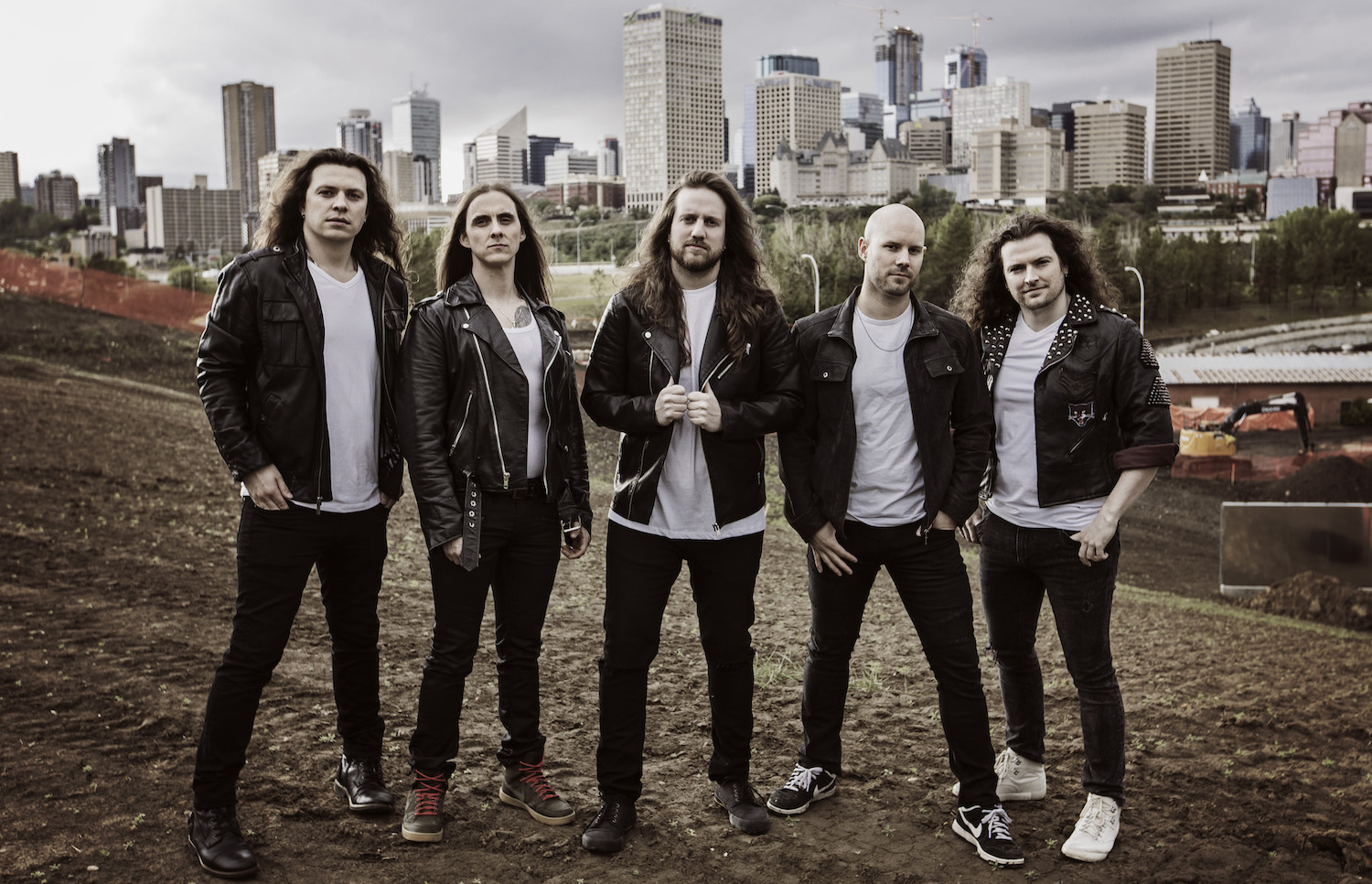 In this day and age, perhaps no other heavy metal band is as prolific and powerful as Canadian group Striker. Hailing from Edmonton, Alberta, this traditional/power metal band was formed in 2007, and has already released five fantastic studio albums in the last 8 years. They are now gearing up to unveil their sixth full-length, Play to Win, set for an independent release on October 26. Guitarist Tim Brown spoke to Metal Assault recently during the band’s ongoing North American co-headline tour with fellow Canadian band Unleash The Archers. Enjoy the conversation below and make sure to pick up a copy of the new album, because every Striker album is satisfaction guaranteed!

Tim, it’s good to have you again on Metal Assault. You’re on a North American tour which is coming to its second half right now. How’s everything been going?

It’s been great! We just had 3 sold-out shows in a row! South Carolina, North Carolina and New York. So that’s pretty awesome. All the shows have been very similar in that they’ve been pretty much at capacity. Everyone in the crowd has been going nuts. It’s been one hell of a tour! We were not 100 percent sure what to expect, with two Canadian bands coming down, but it has far exceeded all of our expectations. It’s absolutely been a really great tour.

That’s awesome to hear, man. I think the last time I talked to you was January of 2017 when you were on your own headline tour, and you were telling me that you were trying to link up with a like-minded band to go out with. That’s happened this time with Unleash The Archers, and I’m sure that’s made a big difference because they bring in their fanbase and they’re not too dissimilar to you in terms of the musical style.

Oh yeah, one thing that we really wanted to focus on is making sure that the actual live event is good for the fans, and one way to do that is to have a good package, a good lineup. If you’re a fan of Unleash The Archers or Striker and if you see this lineup coming, you’re like, “Oh yeah I definitely want to go see that. There’s two bands I want to check out.” So I think that’s happening with a lot of the fans that are coming out to these shows. 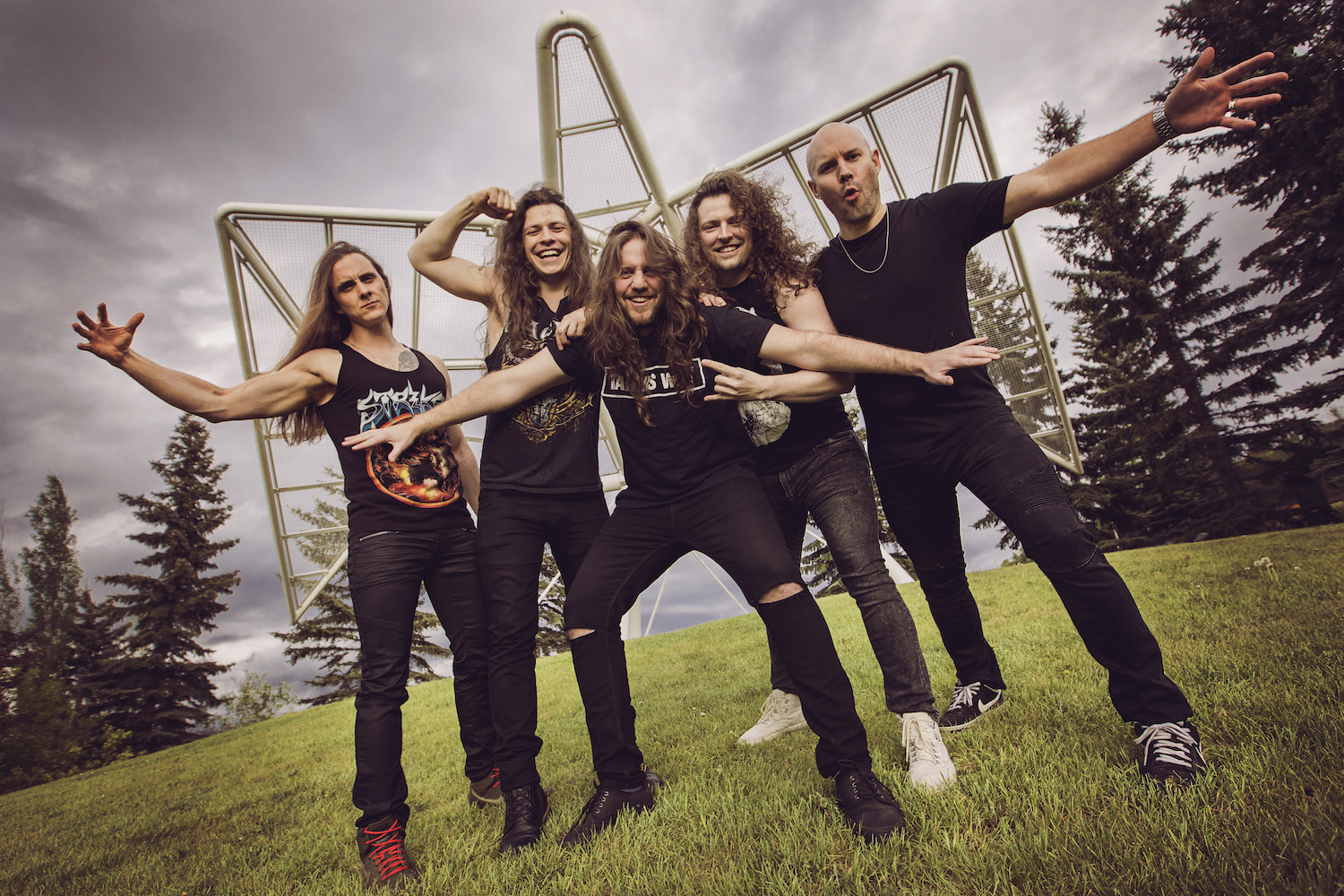 Right, and like you said earlier, it’s two Canadian bands, and that doesn’t happen all that often, and it also probably brings a different energy to the stage. I also spoke to Brittney from Unleash The Archers and she was saying that the two bands have been friends for a long time too.

Yeah, absolutely! We’ve been playing shows together since basically both bands started out, and even playing shows together as members of other bands before Striker or Unleash The Archers existed. We go back a long way, and yeah, it’s great. And it’s funny because it’s actually our first tour with a Canadian band, and after this we have another tour with a fellow Canadian band, Skull Fist, and that’ll be through Europe in November, right after our album comes out.

That’s very cool, man. Skull Fist is such a great band as well. Talking of the new album, the last time I spoke to you was when the self-titled LP was coming out, and at the time we were talking about how you guys are putting out albums so regularly, and now here’s another one! Play to Win comes out on October 26. How quickly did this one come about and how long did it take?

We actually started working on this album a year ago. Basically as soon as we got home from our tours after our self-titled came out, we just started working on the next album. I think the big thing with Striker is, we like to work on music. Recording music is a lot of fun for us, making demos, goofing around with ideas and all that stuff. So we never really have a drought of ideas. We started working on Play to Win in September-October of last year, and we finished recording in December. We’ve actually had the masters for quite a while but we really wanted to make sure that we had all of our ducks in a row, so to speak, make sure we have good promo going, and good tours lined up to support the release, music videos, all the different content, and make sure we had everything planned out properly. I think that’s the big difference with this album. Not only did we put in a lot of time to make the music exactly how we wanted it, but we also put in just as much time into making sure all the other things that aren’t related to the music were as best as we could make them.

I think, for a lot of bands, recording an album is a big step because of the costs involved, but you guys have been able to put out so many albums. Do you have your own recording setup? How are you able to manage that aspect?

Yeah absolutely, we do all of our own recording, editing, all of that stuff at home. The beautiful part about making music these days is that anyone can do it, and it doesn’t take a whole lot of money. You can get a cheap recording setup, basically you need a computer and there’s a bunch of free software out there that you can use to record. And then all you need is an interface, and again, there’s a lot of very low-cost solutions out there. So, we always like to make sure we have the highest-quality stuff, but in terms of the general environment of making music these days, you definitely don’t need to go to a huge studio. That being said, going into those kinds of studios is always great because the producers there. They are very knowledgable and experienced, and they can help you level up your game, write better music, perform better, and they know how to get that good sound. 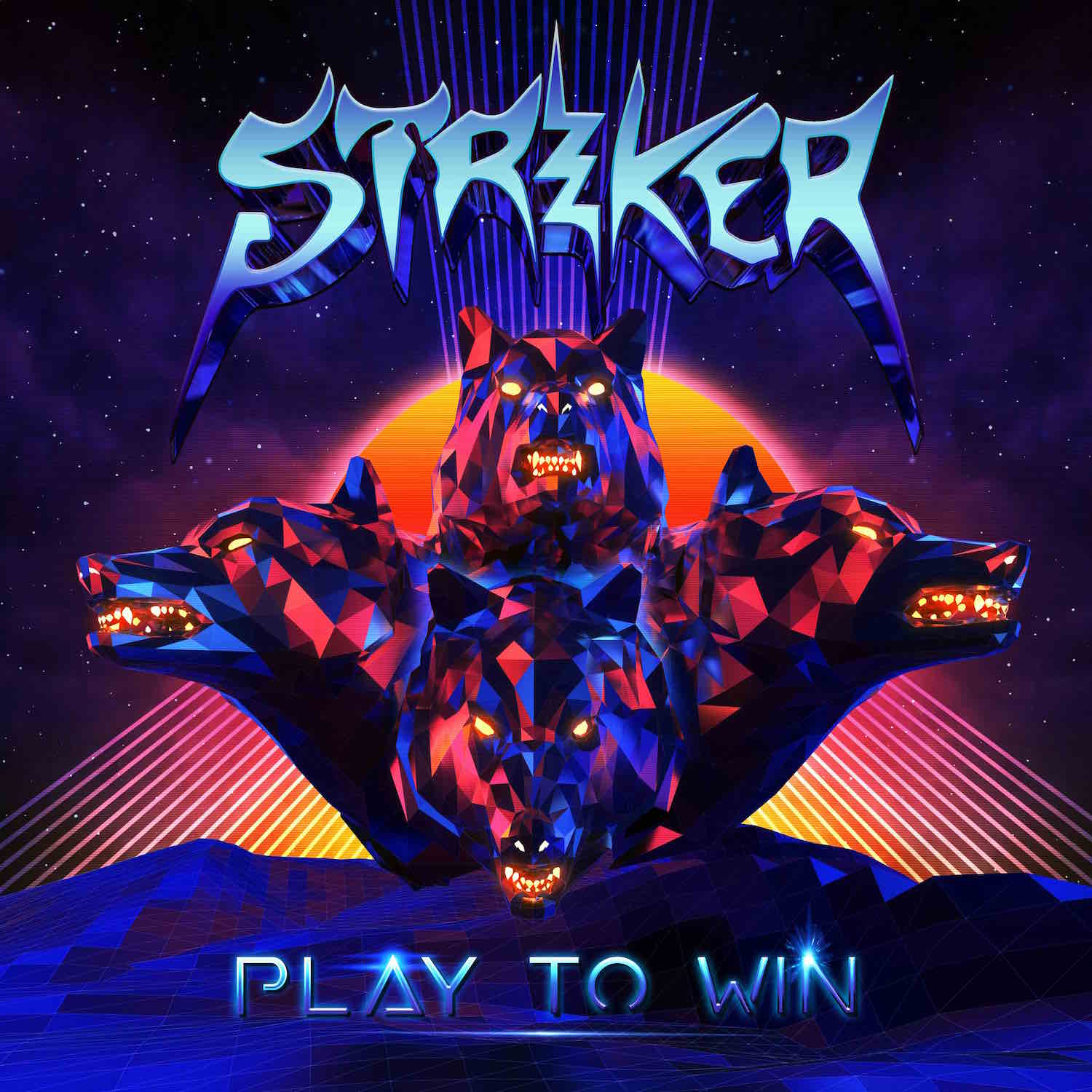 I’m sure! So, this is going to be your sixth full-length studio album and your third independent release. How’s that been working out for you guys, doing this independently instead of being signed to a label?

Being independent has been great! I think it shows in our ability to release and tour. We’ve never been more productive, we’ve never released better music. Everything is just better. To me, it blows my mind, I don’t understand why anybody would ever want to be on a label these days. You surrender your rights to everything and you make just a fraction. If you’re selling a CD for 10 bucks and if you’re on a label, you’ll be lucky if you’re making a dollar. But as an independent band, you get everything! Specially with younger bands, I feel that most of the time when they sign to a label and go record and then go on tour, they have to buy the CDs from the label, and they don’t get much tour support. I’ve seen it happen with a lot of bands when they go out on tour after they get signed and after may be one or two tours they don’t make any money at all and that’s the end of the band! They’re screwed and they have to go work a day job instead of focusing on music.

I’ve definitely seen that happen, and I’m glad you’re taking things in your own hands! But for this new album, you did a crowdfunding campaign. What was that exactly for and how has that gone for you?

Yeah, we did another crowdfunding thing. We always thought that it’s kind of a cool and interesting way to involve the fans in the actual process of getting an album done. It’s a good opportunity for the fans to get unique and interesting things. Like, for example we’ve had fans pick the bonus tracks and cover songs. We did that on Stand in the Fire (2016), which was our first independent release. For Play to Win, we were offering a thing called “Write a song with Striker”, party packs, and cool, unique stuff like that which a lot of fans purchased. We’ve seen a lot of bands offer interesting things in their crowdfunding campaigns and we wanted to do it as well. Coming back to the label topic, I know several bands who wanted to do a pre-order thing but they got sued by their label!

Coming back to the shows, now with six albums, when you go to compile your set list, do you just tend to go with the best live songs from each album, or do you try to go into deep cuts?

We try to do the best live songs. We’ve played almost 1000 shows at this point, so we know what works well. We’ve tried a lot of different songs in the past, some come across live better than others. There’s a limitation of the live environment in that, most times in recording you can have 4,5, may be 7 guitars playing. Or may be you can have 10-15 layers of vocals or something. But you just can’t do that live, so some songs sound different, obviously. So yeah, our current live set is a collection of what we found to be our best live songs, but that being said, we also want to have a good chunk of our new stuff in the set. A lot of our favorite music from our catalog is our newer stuff. We’re almost ten years into our career, so playing the same songs 1000 times or whatever, it kind of gets boring, but it’s certainly fun and exciting to play the new stuff.

And finally, after this North American tour you have the Europe tour with Skull Fist. Aside from that, what other plans do you have at the moment?

We’re doing our European tour with Skull Fist all through November and going into the beginning of December. The tour that we’re currently on goes until October 15, and our new album comes out October 26. And we’re actually just starting to book 2019, so we’ll have another European tour probably in the Spring, we’ll have another North American tour in the late winter, and hopefully we’ll be back to Europe in the summer as well. We’re also trying to book new markets like Japan and South America, places that we haven’t tour before. So, lots more to come!