September 13 2018, Tiki Bar, Costa Mesa CA: Two of the finest Canadian bands to have emerged in the last ten years, Unleash The Archers from Vancouver and Striker from Edmonton, joined forces for a North American tour this September-October, along with Helion Prime from Sacramento CA as the opening act. The tour arrived in Orange County for a gig at the Tiki Bar in Costa Mesa last Thursday September 13, with local openers Sorizon and Gus McArthur also on the bill. Our writer Erik E. Wrath as well as photographer Jeff Lovin were in attendance. Check out their coverage below:

I rolled up to the Tiki Bar in Costa Mesa a few minutes after 9pm (after an hour and a half drive, plus bonus 10 minutes searching for parking). the joint was already hopping, in fact, I unfortunately missed Hellion Prime, whom I was very interested in, plus the two local openers. Reports were that all three acts were well received. 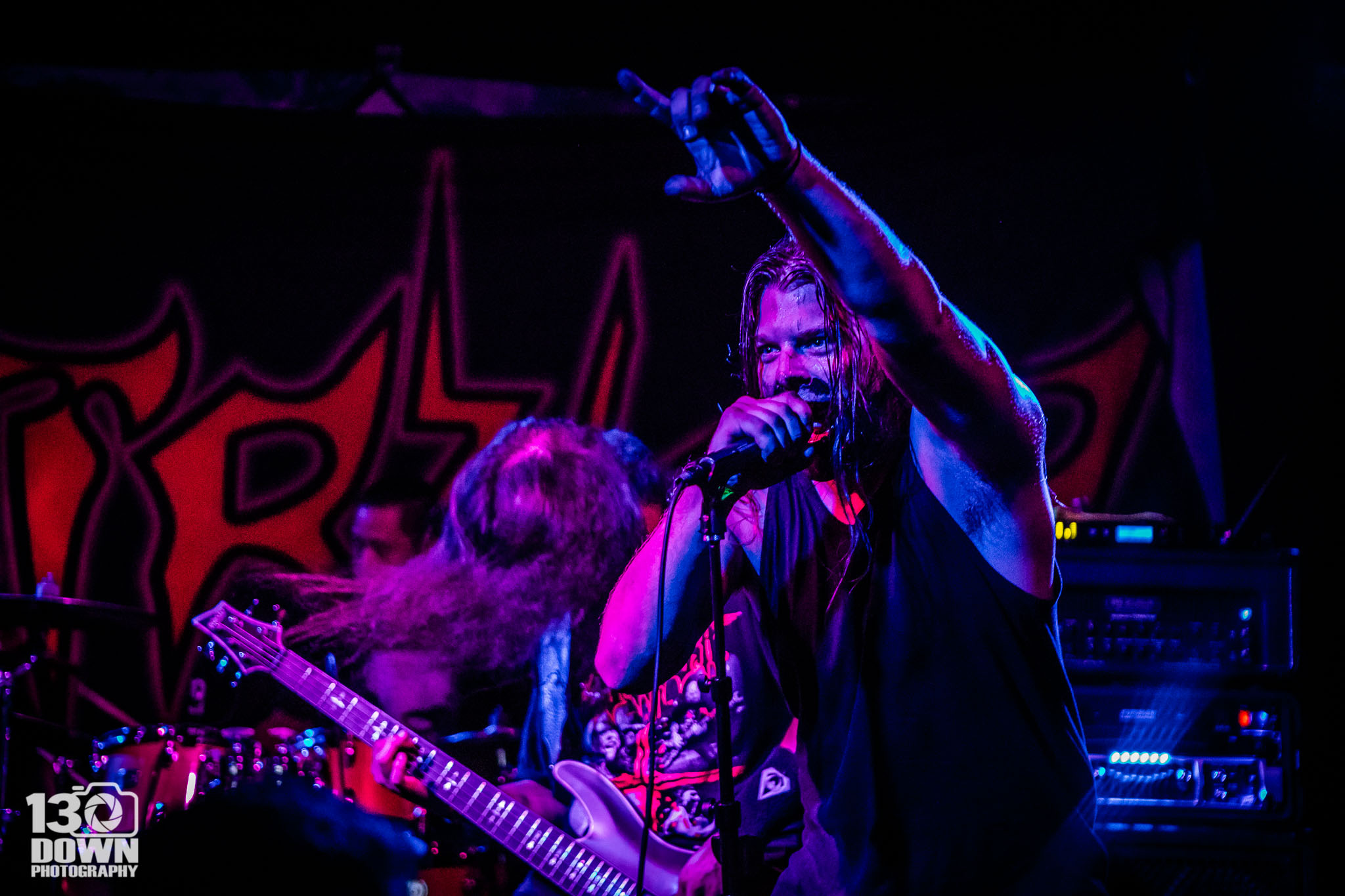 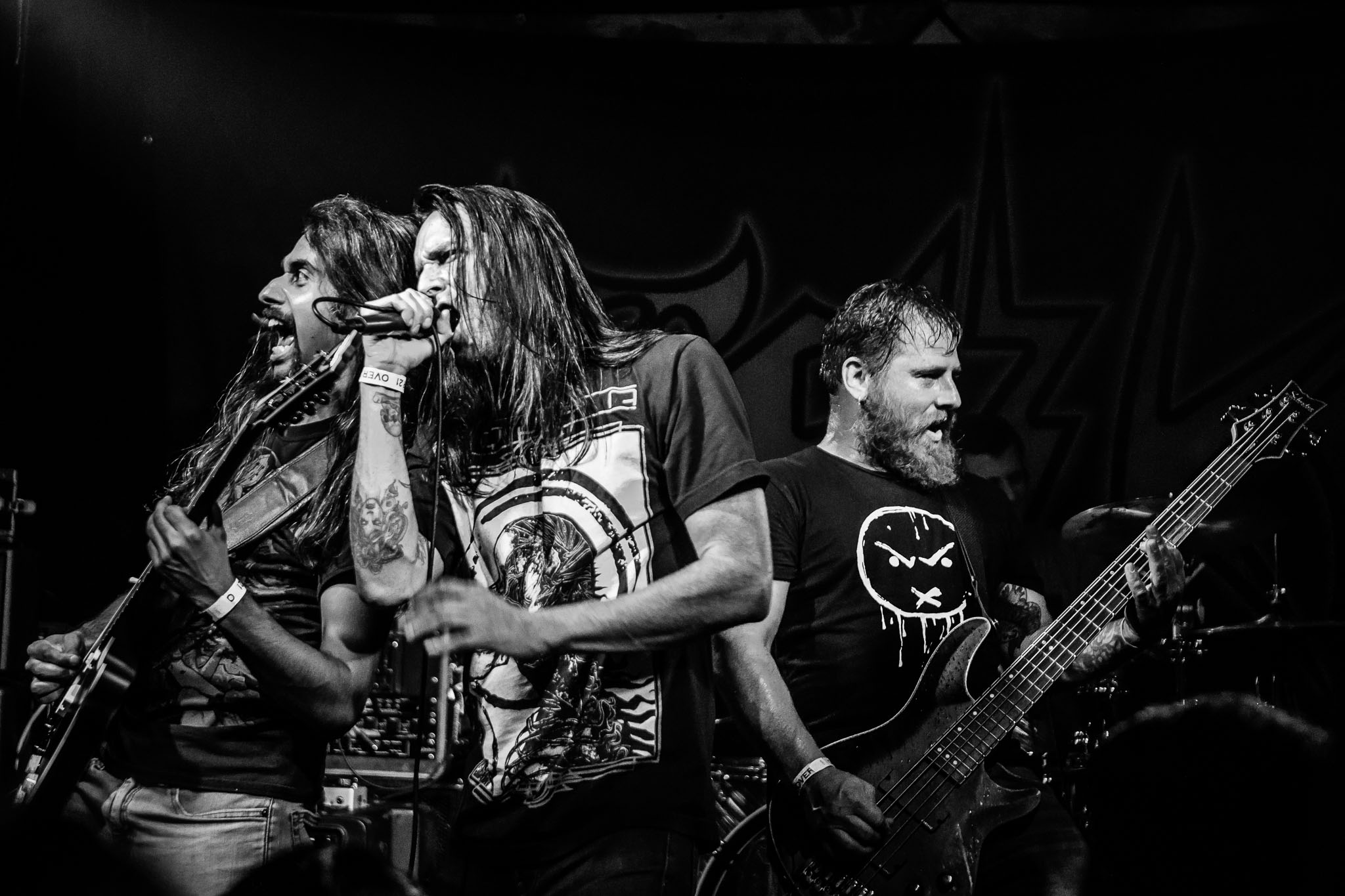 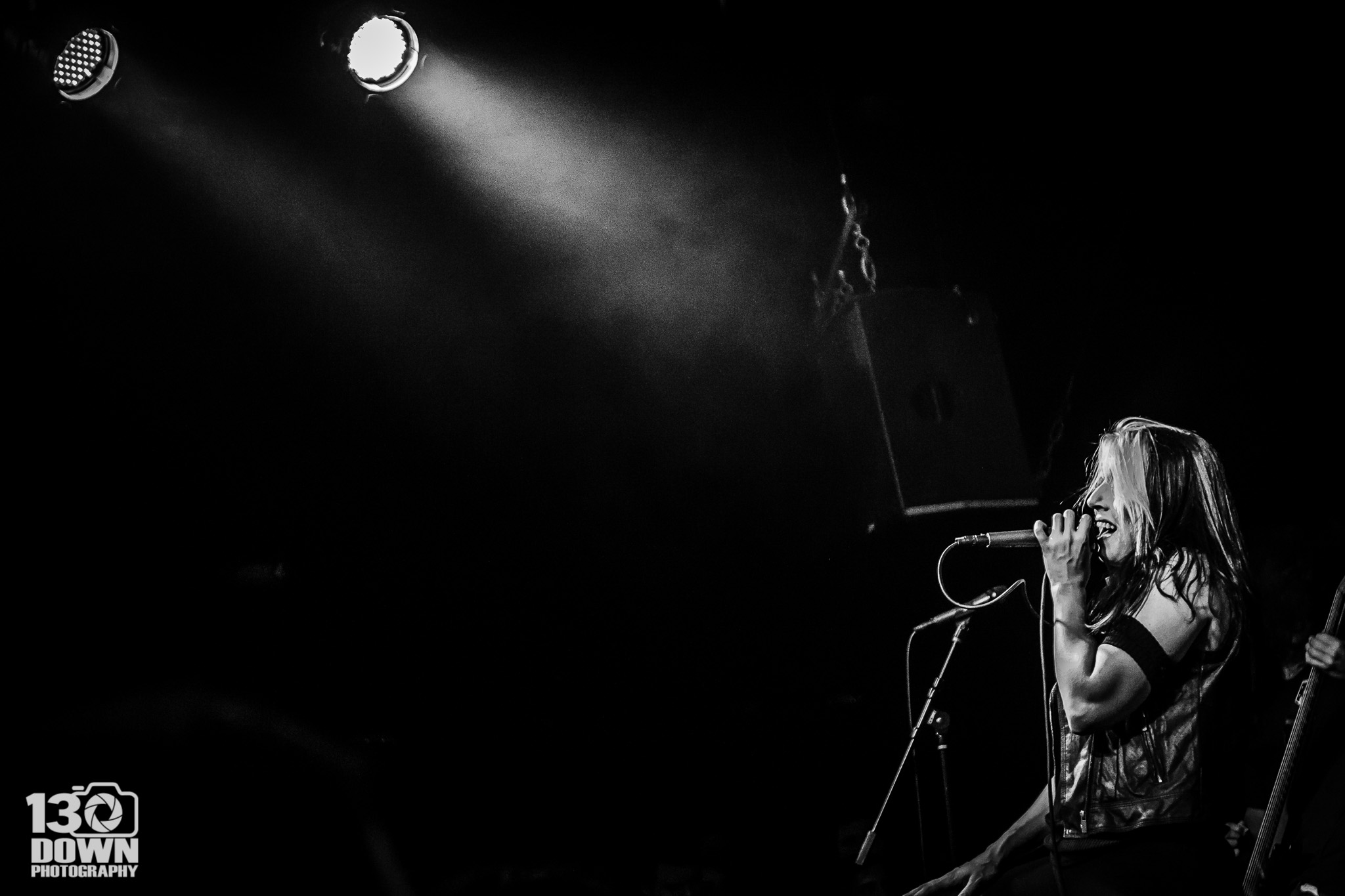 The scheduled set start time for Striker was 9:15 and they were switching out the stage as I slithered up to an unoccupied corner right in front of lead guitarist Tim Brown. The Canadian thrash / power / eighties metal band launched into an hour long set with “Phoenix Lights” off their superlative 2016 album Stand in the Fire. This band specializes in fist-pumping anthems, singer and founding member Dan Cleary’s pitch perfect, shiny clean vocals supported by harmonies from all three axe slingers. This formula was in full effect for the next song, “Born to Lose”, off last year’s eponymous release. They moved back into their head-banging thrash roots with “Heart of Lies” from their forthcoming release Play to Win. This song, along with most of their others, features a well crafted guitar hook from Tim Brown, and when I think Striker I think of these infectious guitar lines. Brown delivers them with a devilish delight, mugging for the audience, bringing back the art of showmanship. Trading solos with founding guitarist Chris Segger, all monitors are open platforms for over-the-top grandstanding. Both guitarist are masters of the craft, whether chunking out full throttled metal riffs, shredding solos or flawless guitar harmonies. Bass player William Wallace, along with drummer Adam Brown, are a force to be reckoned with, really delivering the goods in the rhythm department. The hair flips and fog machines were in full effect all night – these guys know how to own a stage.

The energy never let up as they smashed through a strong set of songs from their now respectable catalog – sometimes more thrashy, sometimes more eighties arena shred, but always pure Striker. The exciting guitar work, memorable choruses and Dan Cleary’s powerhouse vocals really got the near-capacity crowd going. There were plenty of Striker t-shirts in the audience, so it’s proof that these hard-working Canadians are getting traction in the fickle LA market. Look for Play to Win to make a big score when it drops October 26, and let’s hope these guys are back soon on a bigger stage! 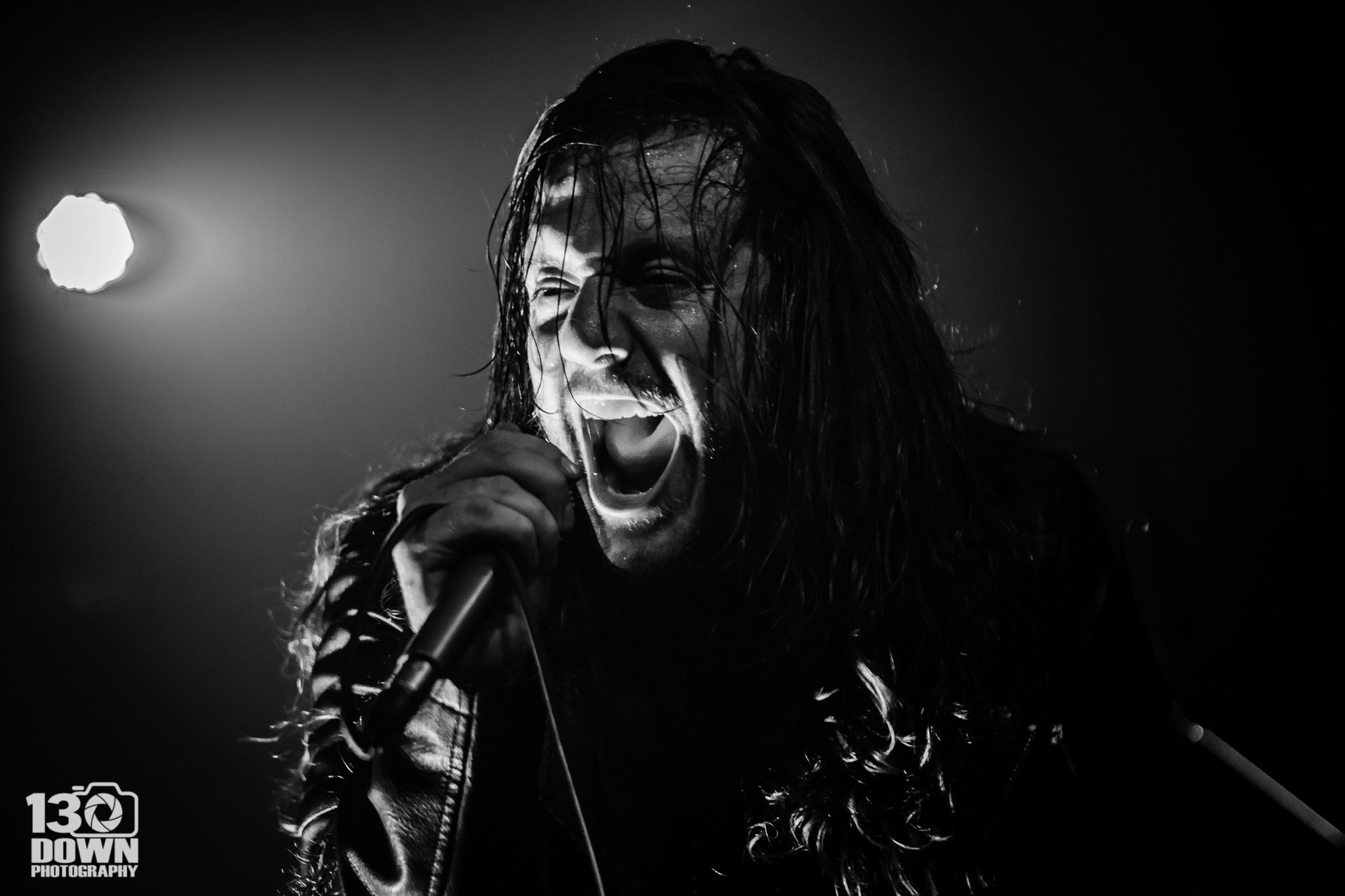 Fellow Canadians Unleash The Archers were greeted by a packed, enthusiastic house – I was really impressed by the energy of the crowd. I quickly discovered why, as the epic, almost progressively technical music of this band is topped of by the powerful yet smoothly flowing vocals of Brittney Slayes . She was genuinely pleased to be in front of the obviously loyal fans and her performance reflected it. The combination of her soaring vocal stylings and engaging stage presence is world class. I was impressed by the band, as well, Grant Truesdell and Andrew Kingsley really embracing extended solo sections and complicated guitar interplay. Joining UTA on this tour is bassist Nick Miller, he seems a perfect fit for the position, confidently handling the chore, starting off a number of songs with melodic bass figures, with the crowd’s encouragement. Drummer Scott Buchanan rounded out the line-up, providing a solid framework for the proceedings. The only minor annoyance was a distorted bass frequency, whether from the band or the house PA I couldn’t discern. At any rate, it did little to diminish the quality of the show, as they treated the sweat-soaked throng to a full set of outstanding music.

All in all, a truly fantastic double-bill of Canadian powerhouses and an excellent California band to boot. Even though Costa Mesa is definitely not within comfortable driving distance from Los Angeles, many of the LA faithful drove out to this one, as it was the only show within range. If LA folks can drive 50+ miles to see this show, trust me, so can you. If this tour is coming anywhere near you, do not miss it! 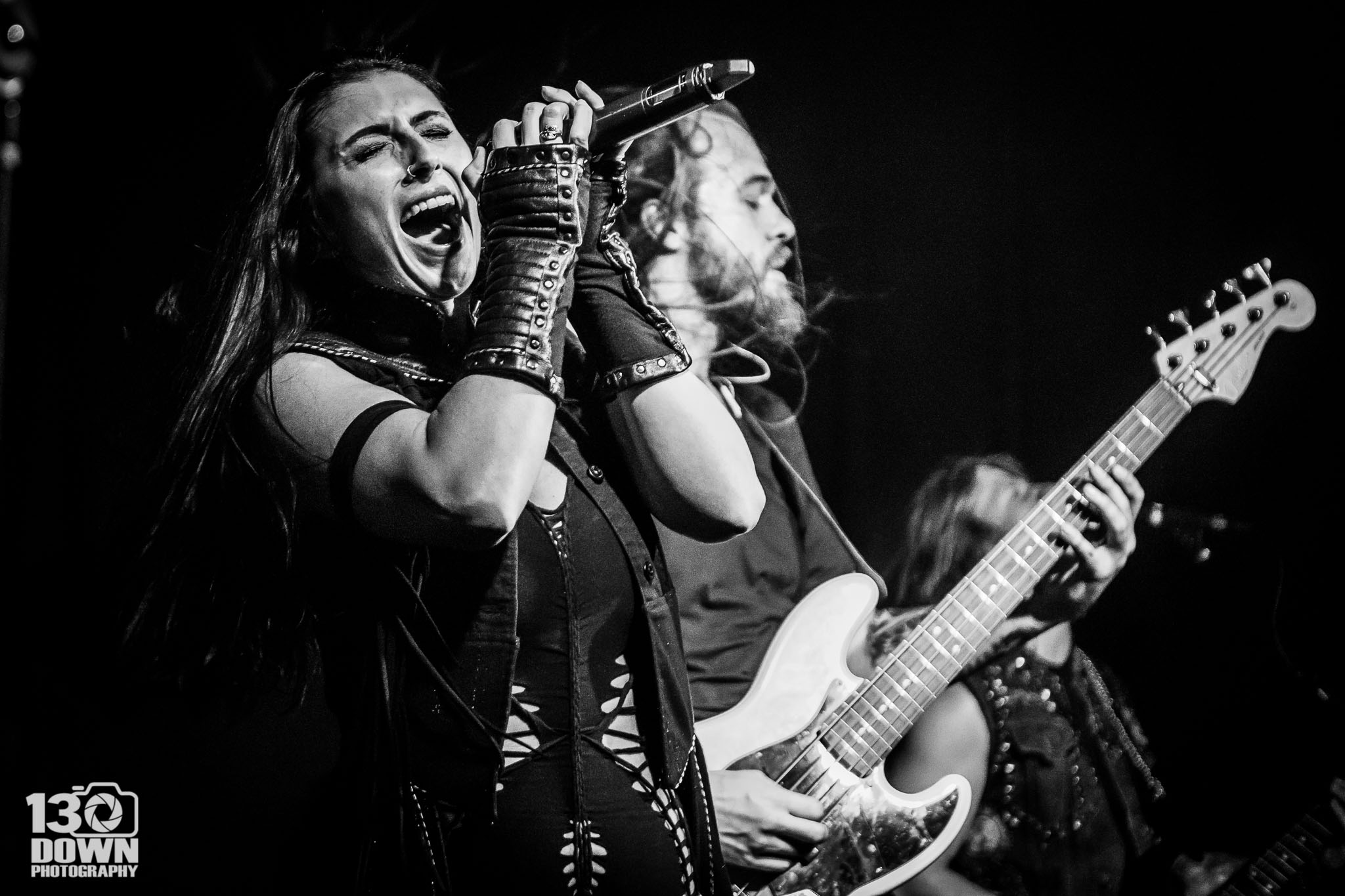