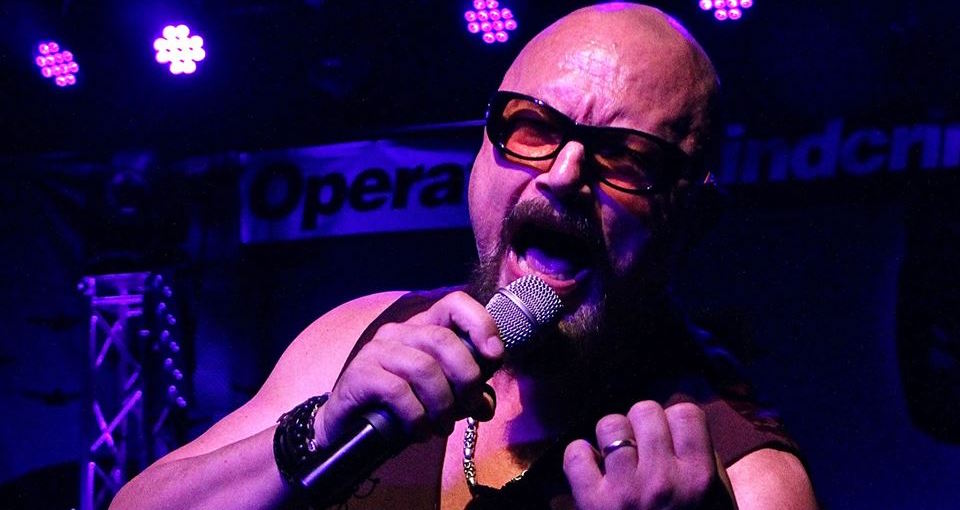 August 19 2018, The Rose, Pasadena CA: No opinion is fact, but Operation: Mindcrime is, without any doubt, one of the greatest heavy metal albums of all time. 30 years ago, Seattle, Washington’s progressive / traditional metal band Queensrÿche took the music world by storm with their third full-length album, a concept-based magnum opus of the class and calibre this genre has seldom produced. Guitarists Chris DeGarmo and Michael Wilton lent a hand in the songwriting, but Operation: Mindcrime has always been regarded as singer Geoff Tate’s brainchild, from the story behind the concept, to the lyrics, to a large portion of the music. So, when Tate parted ways with Queensrÿche in a well-documented split in 2012, the agreement was that Tate would gain exclusive rights to perform this album in its entirety, while the rest of the group got rights to the Queensÿche name, and it only made sense. Since then, Tate has released music and played shows under the moniker “Geoff Tate’s Operation: Mindcrime”, and this year, he took his band on tour to celebrate the 30th anniversary of the iconic record. In all honesty, his 25th anniversary tour of the same album five years ago did not exactly set the world alight, so it remained to be seen whether the 2018 incarnation of Tate and his band would fare any better. The tour arrived at the Rose in Pasadena last Sunday August 19, to perform in front of an unusual setup and an enthusiastic audience. 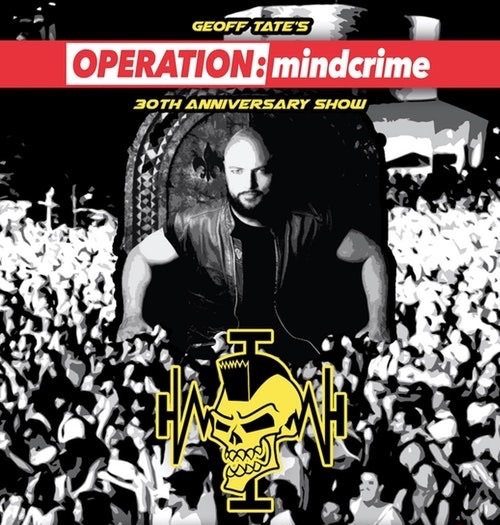 Talking of the setup at the Rose, calling it unusual is already a massive understatement. The floor comprised five rows of five dinner tables in each row, with the front row of the tables hugging the front edge of the stage, and a general admission standing area behind this row of tables. Anyone wanting to be seated in any of the tables would be required to spend a minimum of $25 per person on dinner alone. Just so we’re clear, this does not include the concert ticket itself, or any drink purchases. Imagine this … the band giving it their all on stage, and when they look down into the crowd, they see people sitting down and chomping on a $44 prime rib steak, while the standing, head-banging crowd is at least 30 feet away from the stage and barely visible or audible to the band. Doesn’t sound like a heavy metal concert, does it? This is certainly an unusual setting for an average heavy metal concertgoer, but perhaps the clientele at this venue is far more used to it than we are.

Anyhow, at around 9:45, the stage was set and the “I Remember Now” intro blared loud on the PA, signaling the start of this live rendition of Operation: Mindcrime. The backing band appeared first to perform the “Anarchy-X” instrumental, and then came Geoff Tate, belting out the lyrics to “Revolution Calling”, much to the delight of fans young and old, eagerly waiting for this moment. For the longtime fans in this audience, it was a chance to relive the memories of 1988, while for the younger members of the crowd it was a golden opportunity to witness something they might never have witnessed before, a live rendition of this timeless classic and its iconic voice and mastermind in the flesh, only a short distance away, dinner tables not withstanding. 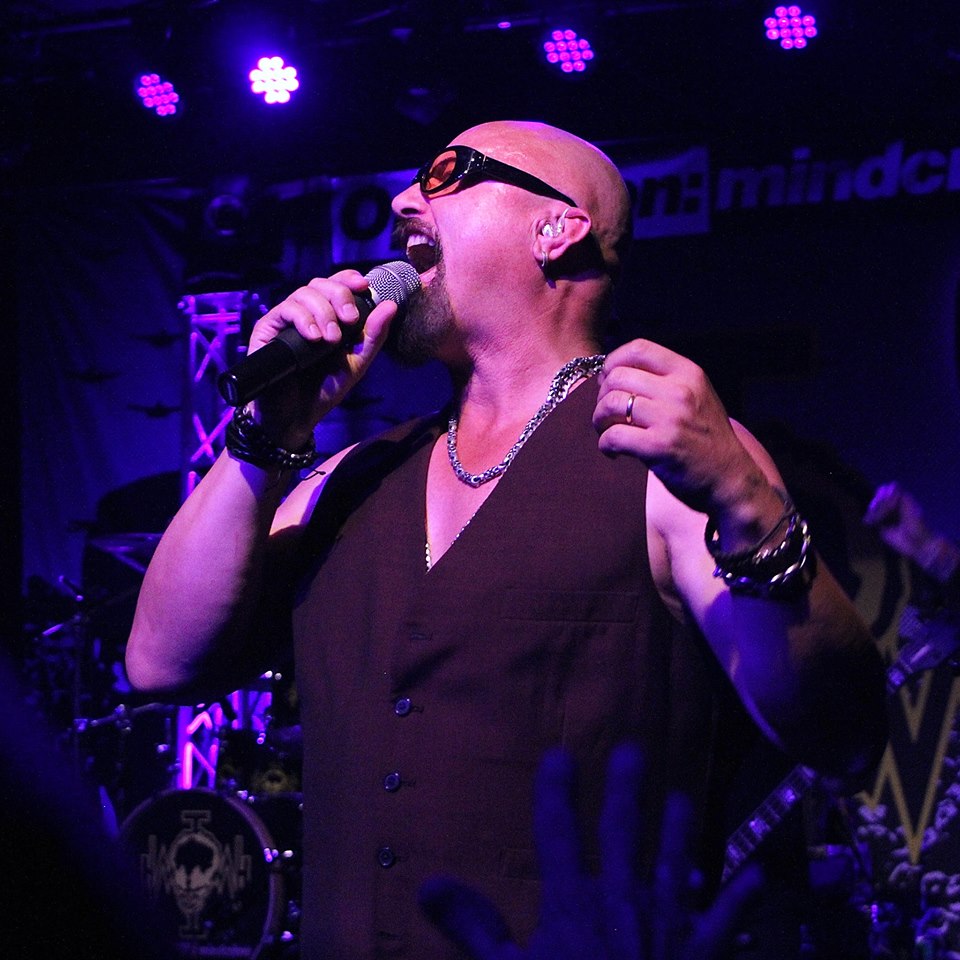 Right off the bat, it was clear that Tate sounded infinitely better than he did on the 25th anniversary tour in 2013, and in recent years for that matter. It was honestly a pleasant surprise to hear him nail all the high notes and put forth an exemplarily flawless performance of an album that’s so massively challenging to sing live. It is hard to explain this transition other than may be Tate has found his second wind, so to speak, and in 2018, at the age of 59, he is delivering a far more accurate and worthy representation of his greatness as a vocalist than he has in a long, long time. The sheer emotion and expression with which he performed every single song here just showed how much the album still means to him, and how it’s always been his labor of love. The audience, particularly the general admission standing section, was filled to the brim with excitement galore throughout this rendition of Operation: Mindcrime, and Geoff Tate reveled in the adulation and adoration thrown his way by the fans singing along every word of every song.

Beside Tate’s own singing voice and frontmanship, the biggest difference between this performance and all the ones in the recent past, was the backing band. When he initially parted ways with Queensrÿche and compiled his own band, Tate went for the big names, and in hindsight that was a mistake on his part, specially in the live performances, as those musicians brought little to no energy to the stage, and it made for a very dull show, despite Tate’s best efforts. In the Los Angeles area, for example, people who attended the show at Club Nokia in 2013 and/or at the House Of Blues Sunset Strip in 2014 can testify to this. In stark contrast, his backing band in 2018 is much younger and put forth a far, far more energetic, engaging and enjoyable show. Even in a band that’s centered and focused on the frontman alone, there is no denying that the quality of musicianship and overall energy of the band can make or break the show. Ask Alice Cooper and Marty Friedman, two individuals who are reaping the benefits of recruiting excellent musicians in their respective bands.  The 2018 incarnation of Geoff Tate’s band carries a very multi-national aura to it, comprising Kieran Robertson from Scotland on guitar, Bruno Sa from Brazil on keyboards, Jack Ross from Scotland on bass, Scott Moughton from Canada on guitar, and Josh Watts from England on drums, plus Geoff Tate’s daughter Emily, who sang the parts of Sister Mary with tremendous poise and aplomb. These six musicians should get as much credit for the success of this show, as Geoff Tate himself.

Tate addressed the audience on a few occasions, but the show moved along swiftly and the band wasted no time in playing one song after another, the fans raising their voices further and further as the album progressed through classics like the title track “Operation: Mindcrime”, “Speak”, “Spreading the Disease”, “The Needle Lies”, “Breaking the Silence”, “I Don’t Believe in Love” and “Eyes of a Stranger”. Such is the surreal brilliance of this album, it feels like a greatest hits package even though it isn’t, and this feeling is all the more amplified in a live setting. That said, Operation: Mindcrime wasn’t the only item on the band’s agenda, and they returned for a lengthy encore, playing four songs from Geoff Tate’s second favorite Queensrÿche album, Empire, complete with funny anecdotes and monologues by the mainman.

There are some bands that are expected to deliver a great show every time, and then there are some that take you by surprise and end up being just as great as the ones who were expected to be. Geoff Tate’s band comes in the latter category, and it is only fitting that a timeless classic such as Operation: Mindcrime gets the level of performance it deserves, and it is extremely pleasing to report that this band is doing full justice to the legacy and magnificence of the album. So far, Queensrÿche fans have been divided in opinion on there being two different versions of the band, this one with Tate at the helm and the other one with the other original members, sans Tate. The Todd-La-Torre-fronted version has been releasing good new music and playing great shows, and based on this performance at the Rose in Pasadena, the Geoff-Tate-fronted version is now just as impressive in its rendition of Operation: Mindcrime and other songs from the back catalog.

Let there be rÿche, the more, the merrier!