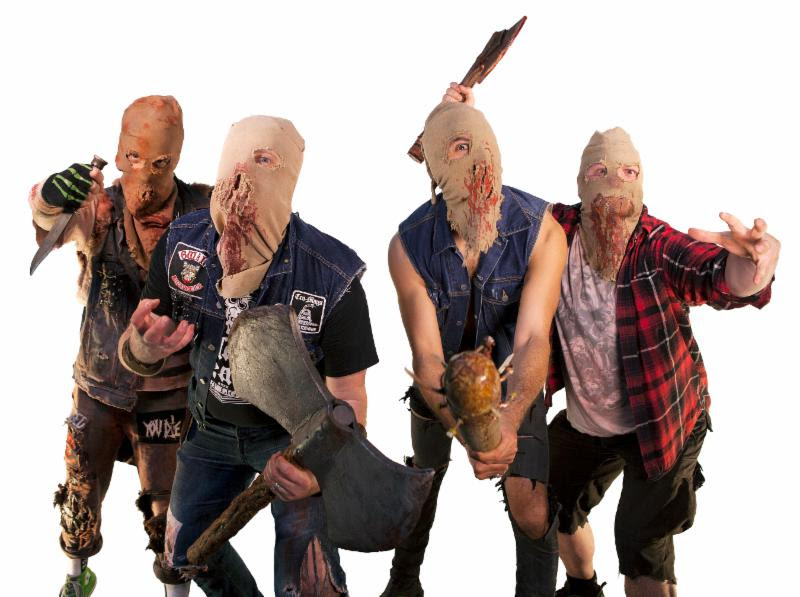 August 11 2018, 1720, Los Angeles CA: With the ever-changing heavy metal scene in Los Angeles, venues disappear and new ones arise, and in 2018 the downtown area seems to be where it’s at for the extreme metal genres to thrive. On Saturday, August 11 at one of LA’s newest venues, the 1720, Oakland based thrash maniacs Ghoul made a stop along their headlining tour “Weapons Of Mosh Destruction 4” with support from Skullcrack and War Bison along with local opening act Countime. As far as a well put together tour package goes this one definitely succeeded in that regard as all the bands worked together almost too well in terms of very similar genre but still keeping their own signature sounds. 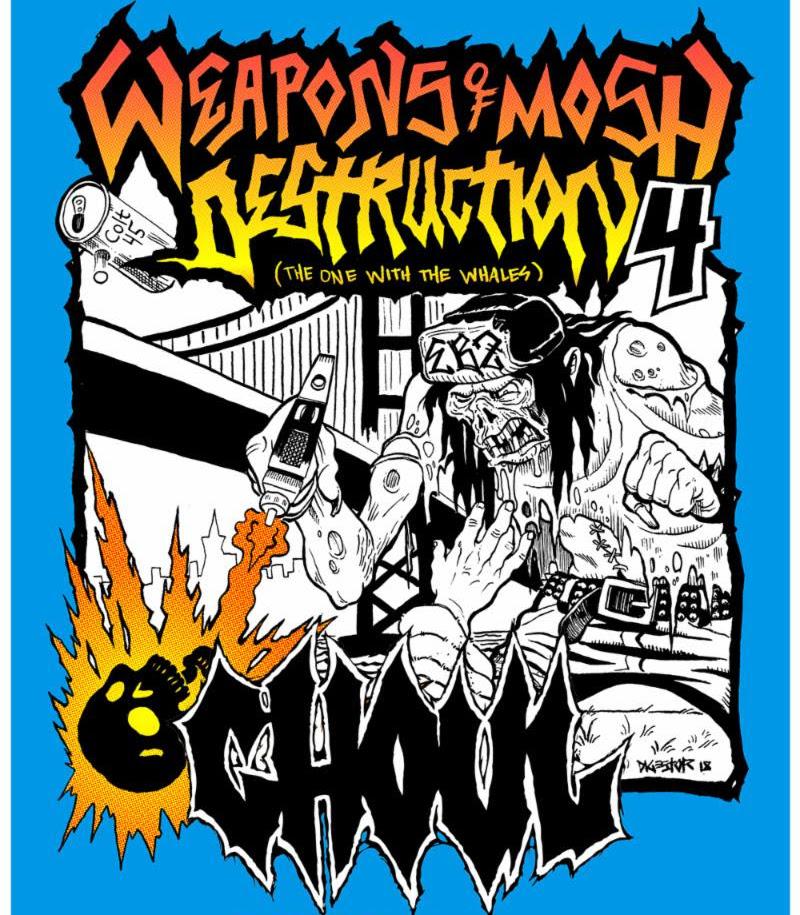 With a prompt early evening start time of about 7:40, local act Countime sliced up the stage with their own brand of hardcore that carried a positive vibe throughout despite the low turnout. Although they were conceived in 2003 they possessed a very ’90s era old school sound with a hip hop flavor to the vocals that worked well with their sound. They played a vast array of tunes during their lengthy set including “Swamped”, “Bygones”, and “Pride”, proving they were definitely worth the early arrival to catch them.

Sadly, as it has been a troublesome tale in the current scene as of late, at least half of the ticket holders attending this show did not bother to show their faces inside the venue until just before Ghoul took the stage. Society over the years has gone from the legend of the heavy metal parking lot to the annoyance of the parking lot rockers of today. For those that were outside the venue too preoccupied with smashing beer cans on their own heads to see War Bison, it must be said that a fantastic set was seriously missed. Does good new crossover thrash exist in 2018? Yes it does if you’re paying attention as these guys are a 2015 born San Francisco band that knocked off socks with their exemplary talents. It was clear that this band was a strongly skilled, unified team working together for the greater good, and most significantly the drumming was highly inspiring with its creativity and accuracy. The thrash guitar riffs ranged from punky to melodic at moments and borrowed elements from the greats including Metallica as well as the unusual mix of Soundgarden, but never forgot to infuse their own signature flavor. For those afraid of mixing odd sounds together to make a solid track when it is done creatively and strategically it becomes a fine tuned trend towards the future of heavy metal therefore deeming the efforts commendable. Despite the short three year span of existence they still put on a fulfilling ten song set featuring hits such as “Plastic”, “Numb”, “5150”, and “False Gods”. They also succeeded their peers in skill, as well as talent and originality which makes them prime contenders for direct support on future tours as their rapid path to the top is well deserved.

Next on the agenda, SoCal’s own Skullcrack thrashed up the stage with their solid set of fun and chaos. Again, due to the slightly low but growing turnout the pit was lacking and most of the action came from the stage where the tables turned and the band threw their drinks into the audience instead of the opposite more common occurrence. Once again a decent offering of skillfully played songs despite appearing as the most generic sound of all the bands on the line up. The energy was high and the crowd responded positively and as far as a good thrash band with hardcore offerings was concerned these guys made the grade.

As for the main course, Ghoul ransacked the stage at 10:15 while the audience magically doubled at 10:10 in preparation. As anyone who has followed this band’s journey they are positively aware that Ghoul is normally chock full of visual antics plus there is a method to the madness that is backed up by the great tunes and signature sound very much in the way that GWAR operates. But they do not copy, and GWAR does not disapprove, plus they have their own set of characters and story that sets them apart from all the rest. Hailing from Creepsylvania the pantyhose bandit disguised faced members Cremator (Ross Sewage) on vocals and bass, Digestor (Sean McGrath) on vocals and guitar, Dissector (Peter Svoboda) on vocals and guitar, and Fermenter (Justin Ennis) on vocals and drums gave their all for a sixteen song set ending in an Agnostic Frost cover “Victim In Pain” that did not disappoint. 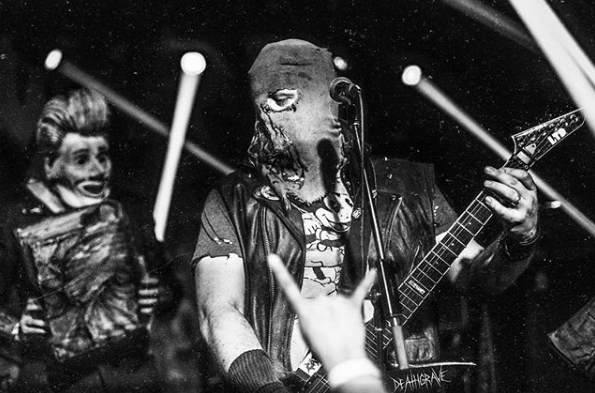 Opening the set with “Ghoulunatics”, a hit off their latest 2016 release “Dungeon Bastards” they weighed in heavily on songs from that album with a selection of other tracks including “Bringer Of War”, “Guitarmageddon”, and “Shred The Dead”. Around the time of the older hit “Off With Their Heads” the audience got machine gunned down with the fake blood spray to keep them on their toes. In comparison to past shows they seemed to cut down a bit on the visual antics which in a way made the visual props and characters they did have more noteworthy. On stage they had some fake chickens on buckets with strange labels on them including “Whale Chunks” for extra laughs. There were also green slime covered skulls in front of the drums. The song “Death In The Swamp” was a treat as not only were the Ghoul boys on fire with their unison dance moves they also brought out a wildly creative character that is believed to be appropriately named the Swamp Hag. All the stage banter and prop usage only added to the excitement and as stated the use of characters and storyline is just another added bonus to what is a solid quartet of skilled musicians who march to the beat of their own drums while taking no prisoners.

All in all, a great headlining feat was accomplished by Ghoul and it was great to see so many bands that were formed after 2000 bring on their A game moving on up the ladder as it should be to keep thrash and hardcore thriving into the future. Arrive early, and stay late because not only does the scene thrive on this, but new treasures can be constantly discovered this way for the audience’s peace of mind too.