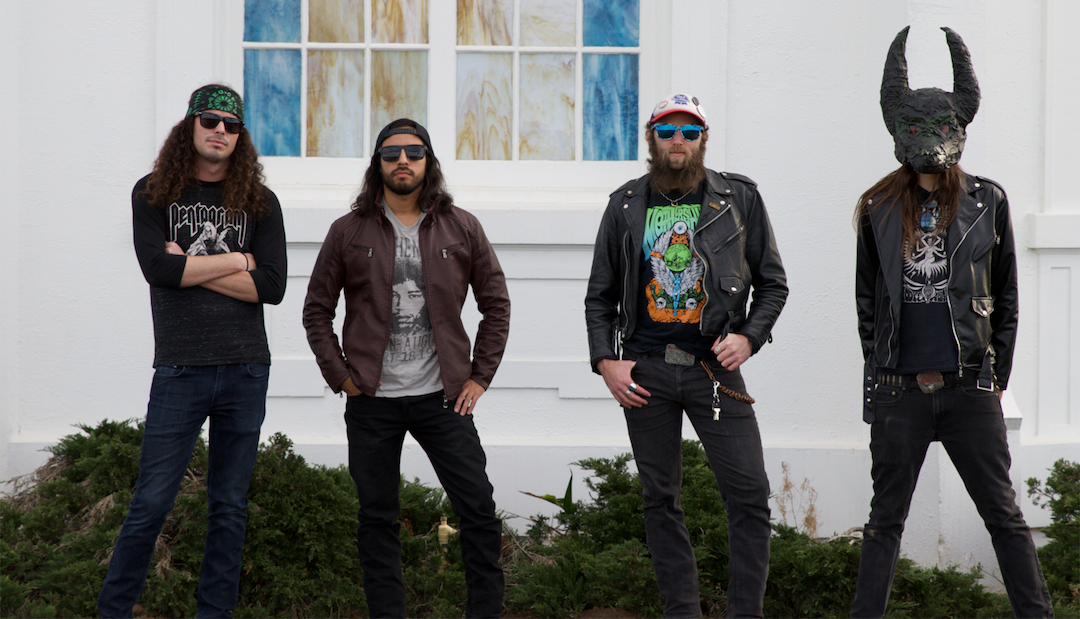 Great Electric Quest, the young band out of Southern California, may very well be one of the hottest bands around the current scene. With the release of their highly anticipated 2nd LP, titled ‘Chapter II’, the band continues to strengthen the unstoppable trajectory they’ve set for themselves as one of the leading rock bands in this modern musical landscape. 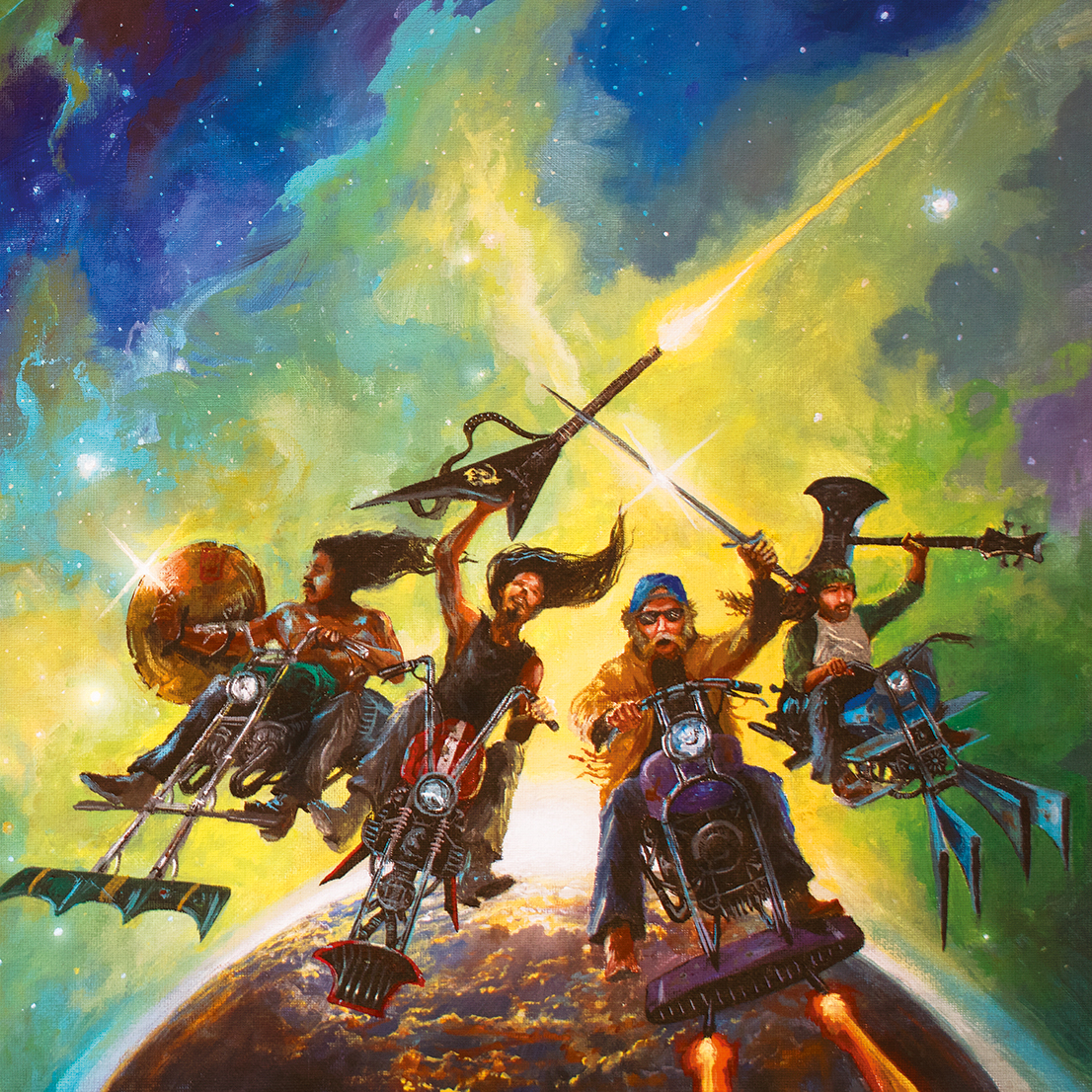 To say they open the record with a can of whoop-ass would still be falling short of the measures the band rises to within this record. The opening track “Seeker of the Flame”, punctuates viciously with an immediate and crushing impact as it opens this chapter of the Quest with a no frills approach. The record hits an incredible stride; the hammering tonality beating your head in on the pure power of the opening riffage immediately elevates your spirit from zero to 200mph in 30 seconds flat.

Great Electric Quest wastes no time in letting you know exactly what they’re all about. This is an absolute pure rock band in its truest form, harkening back to the days of Deep Purple while infusing modern rock sensibilities. This formula creates a sound that has a sheen of “purity” to it in the sense that ‘Chapter II’ seems to be an almost immediate step forward from what rock/metal bands were doing in the ’70s and ’80s. It’s very NWOBHM, yet instead of taking a high-speed, fast-flying guitar approach we get to experience the pounding, heavy style of modern American rock spin the NWOBHM formula in a fresh direction.

Listening to ‘Chapter II’ makes you feel like you haven’t missed a beat in the evolution of classic metal; sure it’s thirty years later, yet Great Electric Quest does an interesting thing in their approach. Instead of making you feel like you’re being taken back in a nostalgia trip it feels as if ‘Chapter II’ is dragging the classic rock/metal stylings out of the rut it’s been stuck in for decades and reapplying it to a new generation. Tracks like “Anubis” come off as a wonderful example of these sentiments with its dirty, near-stonery tones of the modern era elevating the classic rock formula into the modern stratosphere.

We haven’t even gotten to the true meat of this record yet, the epic two-parter, “Of Earth”. The 15-minute saga is split into two parts, “Of Earth I” & “Of Earth II”, with each track holding its own style that takes this epically styled two-parter into true “epic” territory. “Of Earth I” opens on a brain-melting drum solo that quickly rockets into a powerful ejection of musical bliss. This first-parter has all the qualities of a live jam; throughout the track the music fades between full-band efforts and “Moby Dick”-tier drum solo work that brazenly displays the musical prowess of the percussive beat in the hands of a drum wizard.

The drum work here screams “classic rock drummer”, the drum noodling calls back to not only the days, but talents of musicians such as John Bonham, Keith Moon, and Ginger Baker. Now, I’m not setting up skill comparisons, it’s just a simple fact that the drum work of Daniel “MuchoDrums” Velasco exists in that same breed as these timeless musicians. Simply put, this guy is a drummers’ drummer and in this album he really lets it fly like no one else.

“Of Earth I” closes out on a wickedly acrobatic guitar solo by Buddy Donner that flies and flips its way into the sudden and monstrous opening of the second-half, “Of Earth II”. This track finds juxtaposition off of the first half’s looser, jammier feel with its more structured “in-your-face” heavy metal composition. This brings a true feeling of elevation from “Of Earth I” to “Of Earth II”; the shift from a killer jam-out into a more punctuated form. All in all, you won’t even notice you’re in the middle of a 15-minute saga.

The strength of the songwriting provides fluidity, never sticking you into a sense of repetition or attempting to force the same dynamic for these 15 minutes. That’s the mark of evolved songwriting, and that isn’t just with the two part epic either, that goes for the entire album in general. From the opening track to the closer you’re going to find many different flavors worth enjoying; from the stonery power chugs of “Anubis” to the groove-beast “Wicked Hands”, all the way to the dramatic closer “Heart of the Son”.

Simply put, this talented young act does nothing short of guiding you through a Great Electric Quest in form of the masterful record that is ‘Chapter II’. Records so finely pieced together as this one don’t come around as often as they should. Do yourselves a service and elevate your rock n’ roll spirit on the wings of Great Electric Quest.