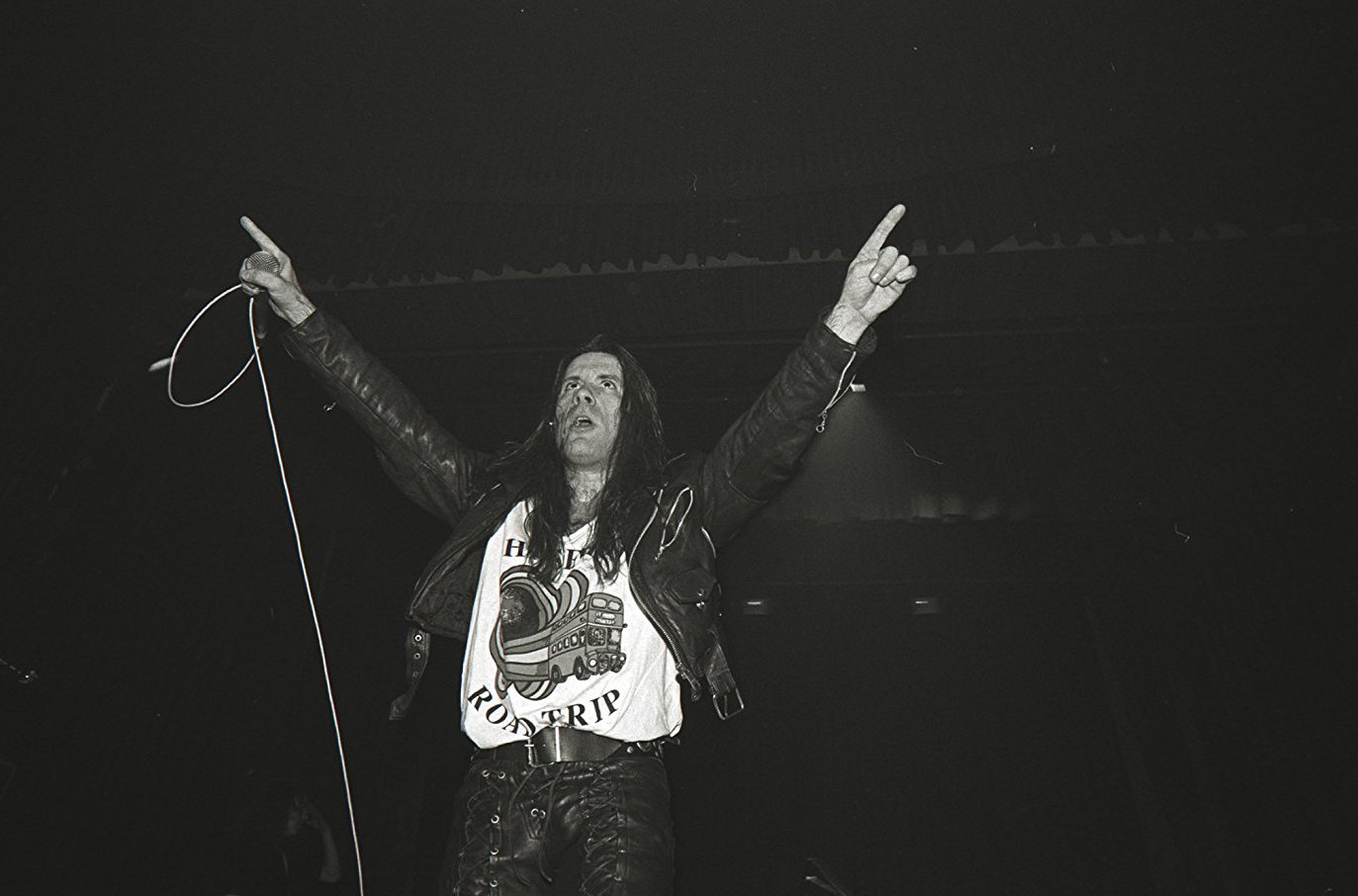 There are heavy metal documentaries. And then there’s this. For starters, ‘Scream For Me Sarajevo’ is not Iron Maiden’s film. It is not Bruce Dickinson’s film. It is not even a concert film. Written and directed by Tarik Hodzic and produced by Adnan Cuhara, it is the story of a Bruce Dickinson concert that took place in 1994 in Sarajevo, but it encompasses a whole lot more, and transcends far beyond the scope of your run-of-the-mill rock/metal documentary.

Slated for full release on DVD, Blu-Ray and digital video on June 29 2018, ‘Scream For Me Sarajevo’ has been in the process of getting released in select cinemas worldwide from April 17 onwards, and has been adding new screenings daily. The film arrived in the Los Angeles area on May 10 for what is currently a very limited run. I attended the first of only two screenings at the Starlight Whittier Village Cinemas on May 14, and was stunned and dumbfounded by the sheer intensity and power of the film. This is not your typical glorified rockstar tale of sex, drugs and rock n’ roll. This is a serious story unlike any you’ve seen about a heavy metal band, and a truly groundbreaking one at that.

In his recently released autobiography ‘What Does This Button Do?’, Iron Maiden singer Bruce Dickinson devoted a chapter to the concert he played in the Bosnian capital of Sarajevo in ’94 with his solo band, and fans that have read the book would be particularly interested in seeing the chapter come to life through this film. But, while the story in the book is told obviously only from Dickinson’s perspective, the film recounts the concert and the band’s stay in Sarajevo from Dickinson and his band’s perspective as well as that of the people of and in Sarajevo at the time. Music is often said to be a powerful thing, but the real power of music is proved and felt through this film in a manner it has perhaps never before.

An assortment of photographs, video footage and news clippings is used to recreate the scenes from the time period in subject, and through interviews conducted in 2015 with many of the protagonists of the concert and everything surrounding it, the film succeeds in creating a very detailed time capsule. The initial buildup heavily focuses on the Bosnian war and the impact it had on residents of Sarajevo, to really put into perspective what this concert meant to the people, and the danger Bruce Dickinson and his band put themselves through. Before the film gets to the concert part, you are really left thinking, “There is absolutely no way the band played a gig here!” It boggles the mind to discover the circumstances under which the band performed in Sarajevo. This is without doubt the most insane heavy metal concert documented till date. The film is a very honest account of it, and as you’ll see for yourself, not an exaggerated or glorified one by any means. The (then former) singer of Iron Maiden bringing his solo band to play a gig in a war-stricken city, and succeeding in doing so with the help of United-Nations-peacekeeper-turned-concert-promoter Major Martin Morris … the premise speaks for itself, and the film does it complete justice and more.

The storytelling and editing here is fantastic, as interviews with band members, UN officers and Bosnian natives are brilliantly interlaced with photos and videos from the war, the concert, and the band’s incredibly intense and adventurous journey to Sarajevo in the back of a truck. The quality of the raw sound from the concert itself is astonishingly excellent, taking you back in time to the Bosnian Cultural Center, the venue of the performance. Once the story gets into its nitty-gritty, before you realize it the film forms a vice-like grip on you and tugs at your heart strings in a manner so powerful, you simply cannot escape from it and you cannot help but be fully engrossed and engaged for the entirety of its 95-minute duration.

In addition to the fascinating visual flow of the film, the soundtrack, comprising a selection of songs from Bruce Dickinson’s solo discography, adds tremendous texture to the vibe of the story. Besides bringing to light a surreal story, this film also heightens an Iron Maiden fan and metalhead’s appreciation for Bruce Dickinson’s solo career like never before, as his songs probably capture the mood of the film better than any Iron Maiden songs would have. Even the Bosnian metalheads in ’94 likely did not have a taste for Dickinson’s own music. They simply went to see the singer of Iron Maiden at a concert about which they were only informed a few hours before it started, due to obvious security concerns, but they still went, knowing full well that they could have all died instantly in that auditorium, band included.

Bands and musicians of Bruce Dickinson’s stature and popularity play shows around the world, most often not knowing or realizing the impact they are making on people’s lives and what the music and performance means to those people. Even though Dickinson and his band mates were very much in the trenches of war, they still only knew what they felt through the ordeal, not having much of an idea of what the Bosnian people were going through, besides what they saw on the surface during their brief stay in Sarajevo. This is where the genius of the filmmakers comes to the fore, because they made the effort to bring Bruce Dickinson, bassist Chris Dale and drummer Alessandro Elena, among others, back to Sarajevo in 2015 to revisit the same places, relive every moment from ’94 in their memories, meet the people who attended the gig, show them footage from the gig, and then interview them for their parts in the film.

The band is made to truly come to terms with the magnitude of a concert they played 21 years earlier, a concert that was most probably already etched in their hearts and minds forever, but even more so because of this film. The look on Bruce Dickinson’s face as he steps on that stage all over again in 2015, and looks down at the empty auditorium as the ’94 Sarajevo gig comes flashing back to him, says it all.

The theatrical screening in Whittier was followed by a 30-minute exclusive Q&A between Dickinson and Dom Lawson of Metal Hammer, offering an even more in-depth take on the film, and coming across as an excellent bonus item for the real diehard Iron Maiden / Bruce Dickinson fans that stayed in the theater.

Heavy metal is, by and large, all about entertainment, but ‘Scream For Me Sarajevo’ offers a serious insight into the fact that it has the power to go far beyond just that. This is not an entertaining film, yet it is compelling and captivating to a degree unparalleled in this genre of filmmaking. The story is, in parts heartbreaking, yet in the end an inspiring one, and the overall message of the film is uplifting. ‘Scream For Me Sarajevo’ is the most intense film you’ll ever see.

For more information on theatrical screenings and pre-orders, visit the movie’s official website.